Published on 27 February 2017 by Stefan Meens 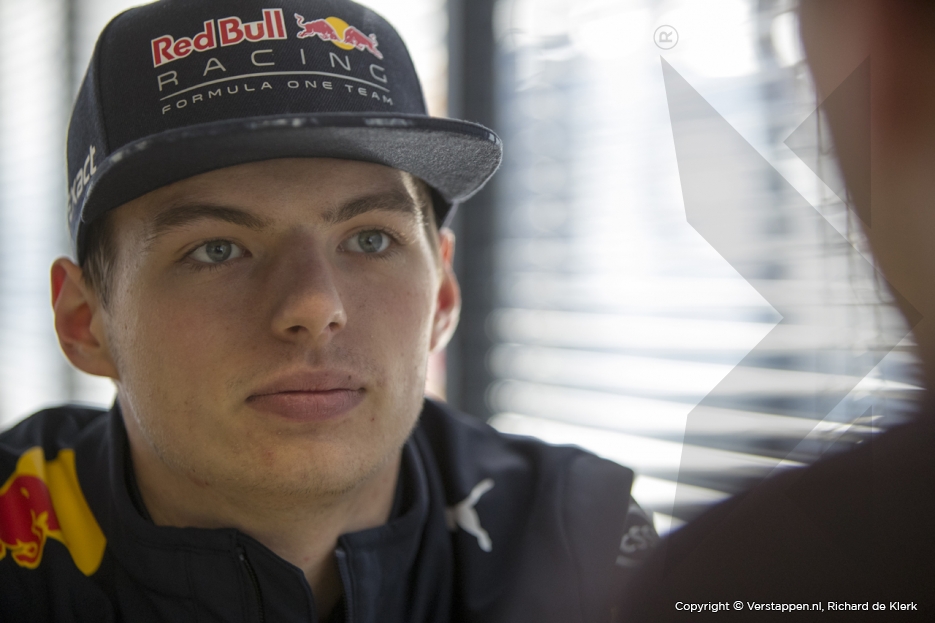 After a long winter, the 2017 Formula 1 season is finally under way at the Circuit de Barcelona-Catalunya. Daniel Ricciardo (Monday and Wednesday) and Max Verstappen (Tuesday and Thursday) will drive the new RB13 across the first pre-season test. Prior to his first run, Verstappen.nl caught up with the Dutchman.

Welcome Max, the season has finally kicked off. How tough was the winter for you with all that training? The toughest in your career?
“Training wise absolutely. On the other hand, it was good to have a break before training hard in January and February. The training regime was the same, just longer and more often. I definitely feel ready.”

How does an average training day look for you?
“Training twice a day which pretty much fills up your entire day. You start with breakfast, followed by a one and a half hour training session, more food, shower and resting. The second session then also starts with food, followed by training, shower and resting. By the time you’re done, it’s easily six or seven o’clock. You’re not really in the mood to do anything else. But to relax, I went on a ski holiday. I also often invited my friends along to Monaco, so that was pretty relaxing.”

Back to the track, what do you think of the new cars, in particular the RB13?
“All the cars look a lot more aggressive compared to last year. They look pretty cool. The front wing is huge and has v-shape. The tyres are wider, the bargeboards and front splitters are bigger. On the rear of the car we have the ‘shark fin’, which I quite like to be honest. The floor at the rear goes up a bit more which means we’ll generate more downforce. Let’s hope it’s quick!”

Now that you’re more experienced, were you able to help with the development of the new car?
“There’s always some of your own things you like to take with you into the new car, but in winter testing is all about finding out want you want from the car and how you can achieve that before the first race.”

Are there any features that transferred from the old RB12 to the new RB13?
“The seating position hasn’t really changed. Stuff like the brake and throttle pedal as well as the steering wheel, are all things that stay the same.”

If you were in charge of F1, how would your ideal Formula 1 car look like spec wise?
“Probably with a V10 or V12, with the wider tyres like we have now. Also smaller fuel tanks, so we have to refuel during the race. Maybe traction control, but that’s about it.”

Are there any cars from different racing categories you’d like to drive?
At the moment no. I’ll think about it after my Formula 1 career.

Aston Martin have, together with Red Bull, developed a new hypercar, the AM-RB 001. Can we expect to see one of them in your garage?”
“It’s a lot of money so I’m not sure. I’d rather buy ten other cars for that money. Also, on the road stick to rules. I don’t want to lose my driving license.”

In the last few years, you rapidly progressed into Formula 1. From karting to F1 race winner in three years. How do you look back on those last few years?
“It went all so fast but I’ve been used to that during my whole career. It didn’t feel like a big shock. Yes, there is more media attention, but you get used to it.”

Do you think it was a good idea to skip GP2, a series that’s often the final destination for many single seater drivers?
“I’m just happy with the way I got into Formula 1. So I’m not sure if it was a good or bad thing.” 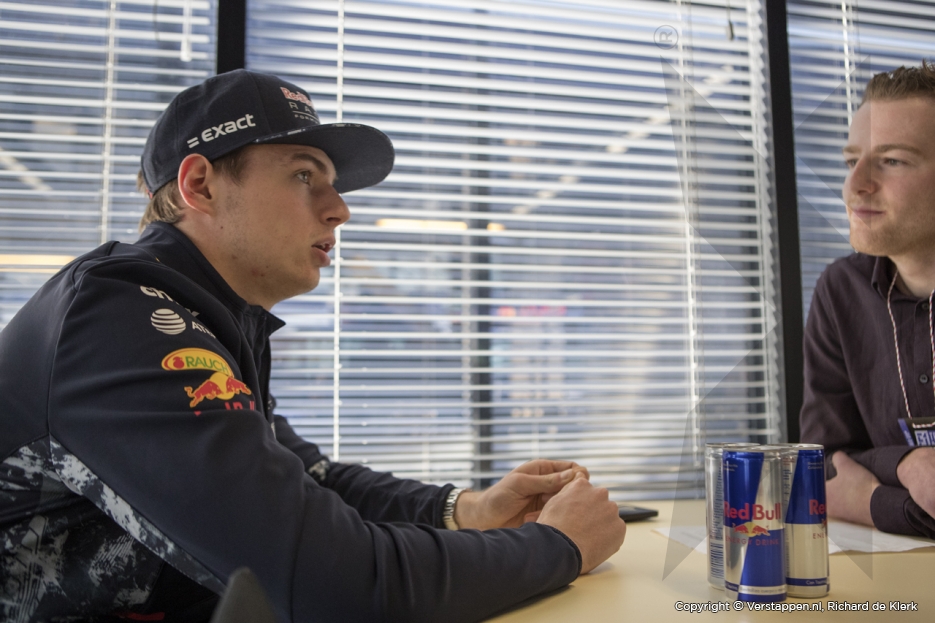 What are your main strengths and what could you improve?”
“I’m pretty relaxed and adapt quickly to new situations and track. Another strength is my race craft during the race. However, I can improve in ever area. Last year, my starts weren’t that great, but that was mainly because of the way the systems were set up. In karting you just release the clutch, but in F1 it’s a lot more complicated. When you join a new time, it also takes a bit of time to make the most of qualifying, but at the end of the season I was pretty much on par with Daniel. It shows that experience matters a bit.”

So far, your career has always followed a positive trajectory. But would you’ve done things different in hindsight?
“No, not a the moment. Maybe in a few years time I’ll look back on it differently.”

You’ve been living in Monaco on your own for a while. Was that a difficult step to make?
“No, not really. I don’t find it hard to spend time alone. It doesn’t really matter to me if I’m in Belgium, the Netherlands or Monaco. I’m pretty relaxed and you tend to find your own friends quite quickly.”

You’ve hung our with another internationally well know Dutchman, DJ Martin Garrix.
“Yeah we try to meet up whenever we’re in the same city. He hasn’t been to Monaco because he does not perform there. But as we both travel a lot, we always bump into each other several times a year.”

After years of living and travelling together with your dad, you see him less. How has that been?
“I think it’s pretty normal you’re going your own way more and more. We still chat every day, even though we might not see each other as much face to face. Nevertheless it’s fun to be with your family but I need to train a lot and I live in Monaco so I’m there a lot.”

Results in Formula 1 depend a lot on the car you have. Looking ahead, what results would you be satisfied with at the end of 2017?
“We want a good car with good results. At the moment we don’t know what good results mean. It depends on the car. If your car isn’t better than third place, you can be happy with P3. If you know it’s fast enough for a win, that victory will always be the goal. But we’ll have to wait and see. It’s impossible to make any predictions just now.”

Where do you see yourself in five years?
“The main goal is to be world champion, but I’m not worried when it will happen. You always give it your best shot. Sometimes things go your way, sometimes they don’t. But hopefully I’ll be champion within five years.”

Did you ever have a racing idol, next to your dad?
“Not really, maybe Alonso. But he was never an idol, but more someone I hugely respect. What he’s done in cars that weren’t the best is extraordinary but that does not mean I look up to him.”

Finally, what’s your favourite can of Red Bull?
“The normal one is definitely the tastiest. The yellow Summer Edition is nice. I’m still to try the the orange one, but the normal one always works for. For my training schedule I can’t drink too much Red Bull. Sometimes when I’m tired, I’ll have one!”