Exclusive interview with Max Verstappen: 'Overtaking was a lot more fun in 2016' 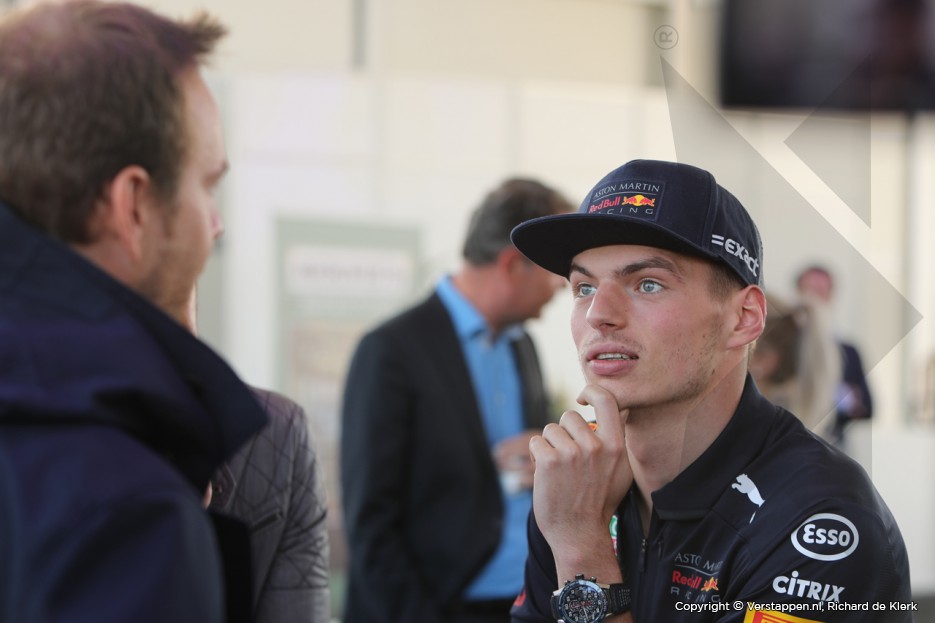 Leading up to the Jumbo Race Days, Verstappen.nl had an extensive interview with Max Verstappen at the Zandvoort Circuit. We discussed the upcoming edition of the Jumbo Race Days. We also talked about the current Formula 1 season, as well as the regulations and state of affairs in Formula 1.

Max, you will return here at the end of May for the Jumbo Race Days, how do you feel about that the event attracts so many visitors every year? "Of course, it’s super nice to see that so many people are excited about Formula 1 and that it gets a lot more attention than a few years ago, which makes me very happy."

How do the Jumbo Race Days compare to the atmosphere at Spa during the Grand Prix? "It's a different atmosphere, I think it's a bit more relaxed here, there's no pressure and there's no race for me. You can do a bit extra and put up a show instead of just driving your laps."

We assume that again this year a beautiful sounding V8 engine will be in the back of your car? "Yes, of course. As a driver, the sound is very important. The car itself is slower than the one we're currently driving, but the sound makes up for that." 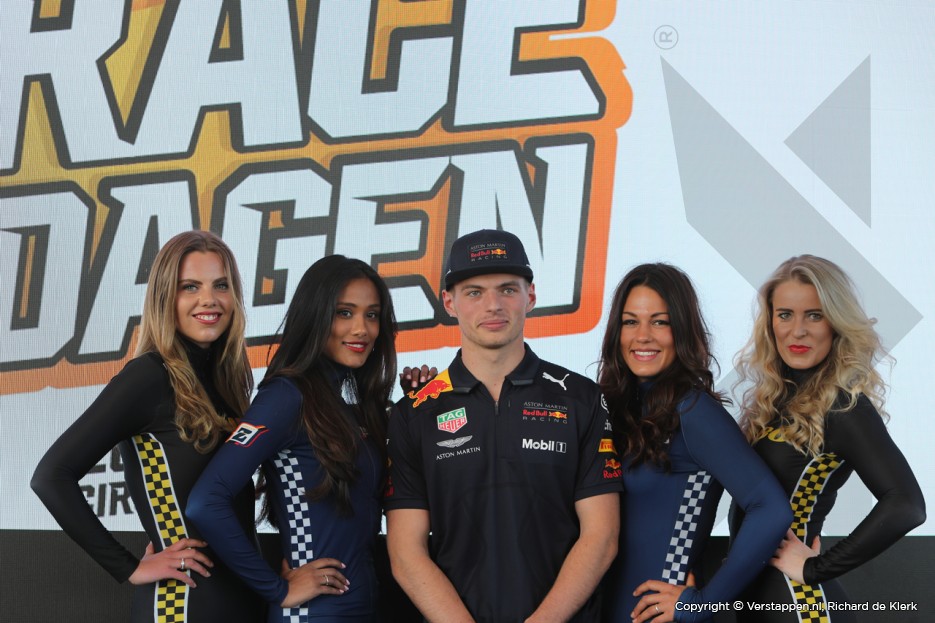 Are the Jumbo Race Days the only opportunity each year to make donuts? "It depends on the results this season! But I will not make donuts after every victory, because we only have three engines per year. I cannot, with the exception of the last race in Abu Dhabi, take the risk that anything goes wrong."

Frits van Eerd owns a large collection of Formula 1 cars. Which car would you like to own later on? "Not necessarily in my collection, but the car I would like to try out is a Formula 1 car from 1994. They have a very nice shape, maybe a car from 2007 or 2008 as well. They still had a lot of electronics at that time, including traction control. I would like to experience that."

The President of the Jumbo company will compete in this year’s 24 Hours of Le Mans with his own LMP2 car. Any idea if you would like to do this later on? "I would only want to do this with my father, not with anyone else, and then of course we will not do it just for fun, I think everybody understands that."

You already made some commercials for Jumbo. How are your acting skills coming along? "I will be playing in a movie next year, I will be the lead character, haha! No, it's not really for me, but I try to do it as well as possible, of course, I'm getting better at it."

During the first winter test in Barcelona you were optimistic about the upcoming season. After three races, how would you describe your season so far? "Super, haha! As far as results not that great, but the car is okay. We are still a bit short in qualifying, but in the races, it’s looking good. So far, due to various reasons, we haven’t achieved the results we wanted, but now I'm looking forward to Baku. I think we can have a good race there, and there are still eighteen races to come, so hopefully we will do well."

These days you often see that the top three teams, Ferrari, Mercedes and Red Bull, are driving far ahead. Do you feel like you're driving in the A-class and the other teams in the B-class, because of the difference between the top and the others? "The three top teams are fighting each other, but behind that it is very close, so it remains interesting and I think this is exciting as well. At least it is from what I see on the screens during the race."

Do you think there should be a change to the regulations to bring the field closer together? "For the Formula 1 in general it would be good if everything gets closer together, so what you have to look at is the engines. The difference between them is still too big."

Many fans complain about the lack of overtaking in Formula 1. Do you feel the same way or is overtaking more fun since 2017? "No, it was a lot more fun in 2016. You could follow each other better and, in some way, it was more gratifying. Since 2017 it's a lot harder and less fun to really race each other. The breaking distance is shorter and it's just very hard to follow each other The car can also make unexpected movements and suddenly break out."

We are pretty much used to seeing it on TV, but what are the positive and negative aspects of the halo while driving? "During the race, I don’t notice it that much. You can kind of look through it, your eyes adjust to it. I just do not like the look of it, but okay, it’s implemented and there’s not much you can do about it now. A positive thing is when the sun is low on the horizon. That is sometimes very frustrating because you almost can’t see your braking points. The halo blocks the light a little bit now, making it somewhat better." 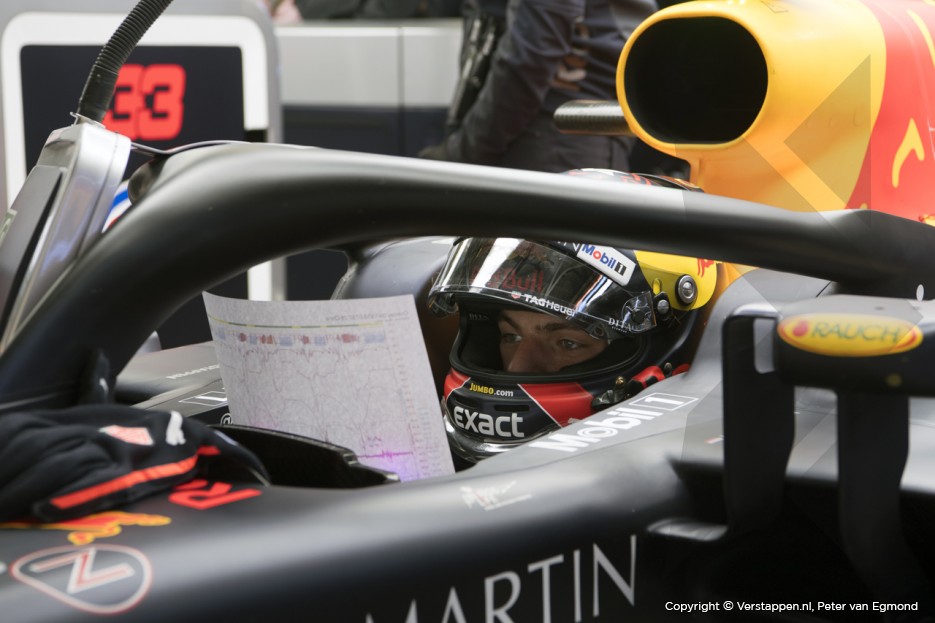 Two new compounds have been added to the list of dry weather tyres this year. What is your opinion about the rules concerning the tyre choices for a Grand Prix? Are they good as they are now or would you prefer to choose the tyres yourself, so that there is more spectacle due to the diversity? "No, actually I don’t, I would only like to see a soft and a hard tyre, but ultimately people do not have to know if it's ultrasoft or supersoft. When you go to a track and you take an ultrasoft and a soft, then you call the ultrasoft a soft one and the soft one will be the hard tyre. I think people do not care how soft the tyre really is."

The last race in China there was a gap between the tyre compounds. Was that a good move in your opinion? "I expected a bigger difference, because I did a stint on the ultra-soft tyres which was just as long as the others on a soft tyre."

The Azerbaijan Grand Prix is the next on the schedule. What can we expect from you? "The car is in a good condition and I think it will be even better on a street circuit. I am very much looking forward to it in any case!"