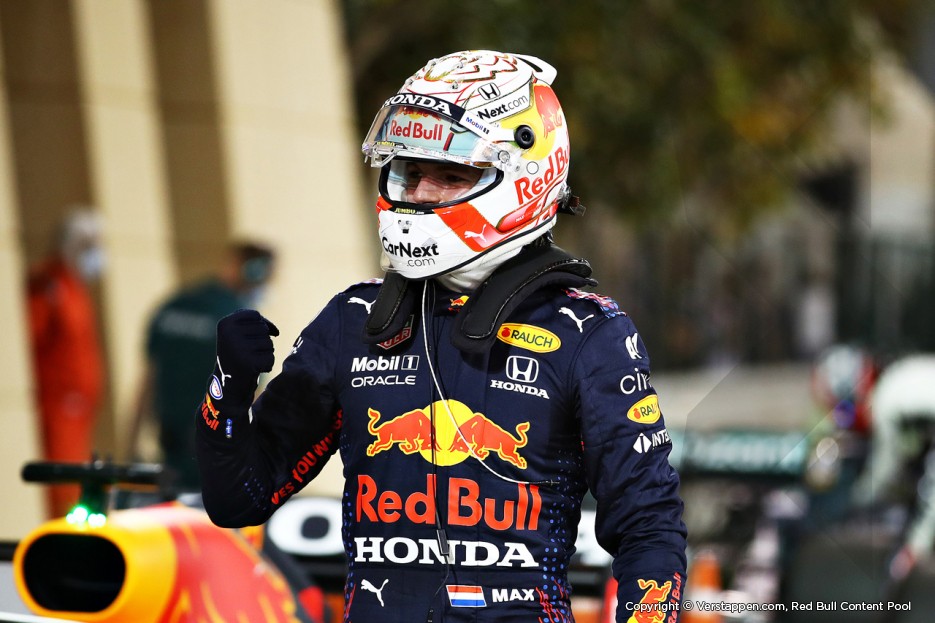 Max Verstappen took pole position after qualifying for the Bahrain Grand Prix. The Dutchman was already the quickest in every single free practice, but also during the first test of strength of the season Verstappen proved to be in a class of his own for Mercedes. With a 1:28.997 the Red Bull Racing-driver kept Lewis Hamilton at bay by as much as four tenths. Hamilton’s team mate Valtteri Bottas rounded out the top three, while Sergio Pérez had a disappointing début for his new team as he only managed to qualify eleventh fastest.

“We already had a great testweek but there were no guarantees”, says a very happy Verstappen after qualifying. “The whole week so far the car has been working well and it’s been enjoyable to drive. Of course with the wind changing a lot in every session it’s not easy to set the car up, but it all worked out perfectly in qualifying. So I am very happy with pole position and I want to thank the entire team also the people in the factory. This goes to show that we worked hard during the Winter.”

Max explains what happened during the final laps in the last part of qualifying: “My first lap in Q3 wasn’t amazing but there was more in it, but you never know how much. Finally the balance was there and you can push a little bit more. The track is quite hot so you have to be careful to not over heating the rear tyres. But luckily where it mattered we could perform.”

The Dutchman looks ahead at tomorrow’s race. How was the balance in the long runs? “The balance has been alright, in general the car has been working well in short and long runs. So I am looking forward to the race, we have a good car now we have to hope we have a good clean start and first lap.”

Of the last eight season, the world champion has come from pole positions in six of those. Verstappen is reluctant to think about that already: “There are no guarantees. We have to keep pushing very hard. It’s of course a great start.” 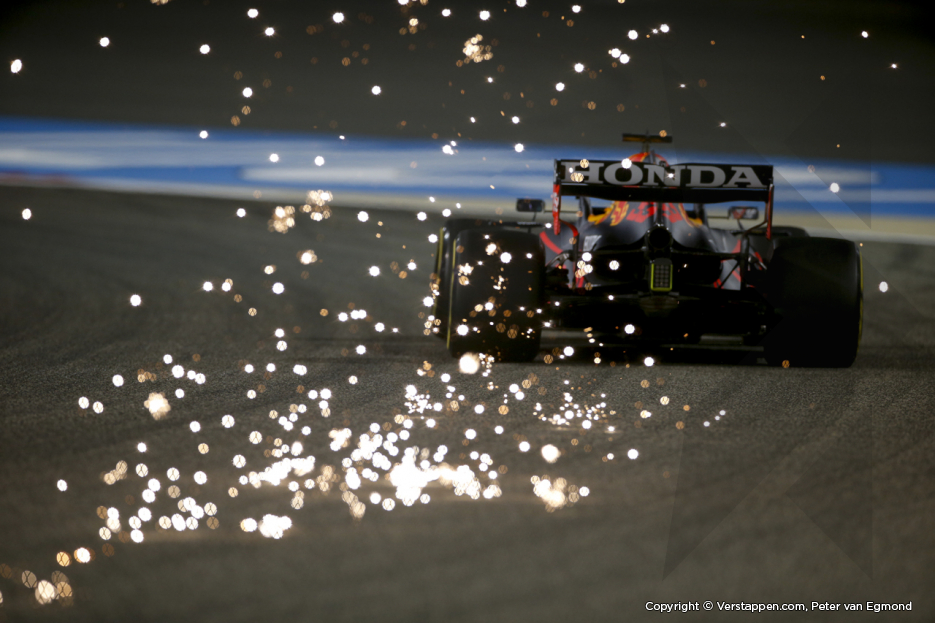 At the start of qualifying on the Bahrain International Circuit, the flood lights have been turned on and the temperature has dropped to thirty degrees C. Williams and Haas waste no time and immediately head out on track while Mick Schumacher is the first to get a timed lap. Max Verstappen does a 1:30.499 in his first outing, good enough to put him at the top of the time sheet. Not much later Yuki Tsunoda snatches second place by bettering the time set by Lewis Hamilton. With Pierre Gasly as fourth fastest it appears that AlphaTauri has built a strong car.

Verstappen decides to head back in for the remainder of the session and is through to Q2 as he topped the leaderboard. Esteban Ocon, Nicholas Latifi, Sebastian Vettel, Mick Schumacher and Nikita Mazepin who spun out, are the first group of drivers of the season sent packing.

Come the second part of qualifying, we see Red Bull, Mercedes, AlphaTauri and McLaren exit the pitlane on the yellow walled mediums. The rest of the drivers have had the softs strapped on to their cars. After the first runs Lewis Hamilton is leading the pack with a 1:30.085 on the time sheet. Verstappen (+0.233) is at that moment second fastest, behind him Valtteri Bottas (+0.474) and Lando Norris (+0.679). 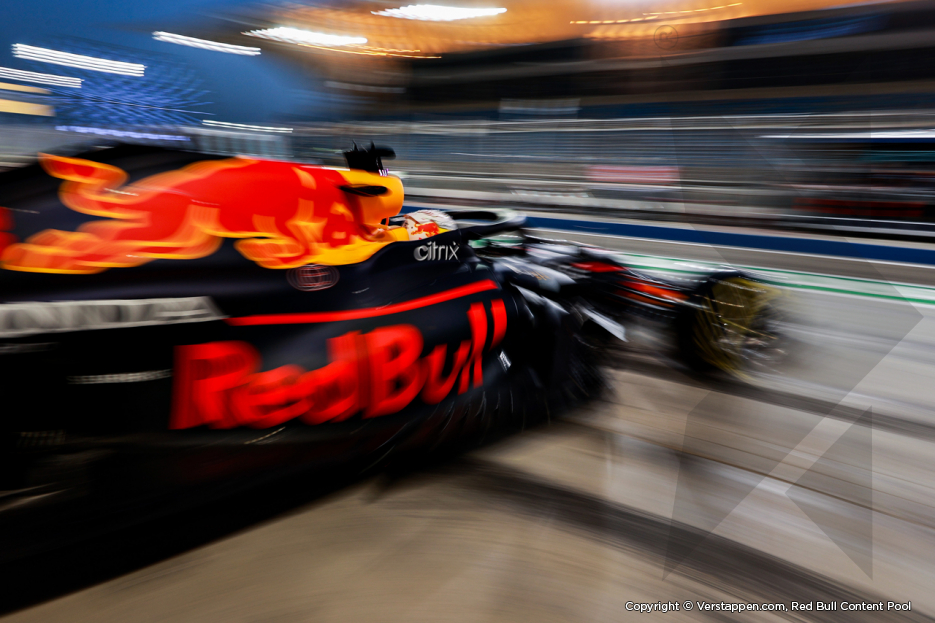 During a second run – this time on the soft compound tyre – Verstappen appears to be heading for the fastest time but because he doesn’t need to better this he leaves the lap for what it’s worth. This means that the Dutchman will be starting the race tomorrow on the mediums. The same goes for Pierre Gasly and both Mercedes-drivers. Sergio Pérez gets off on the wrong foot by coming in only eleventh fastest, barely missing out. The Mexican is forced to exit the battlefield along with Antonio Giovinazzi, Yuki Tsunoda, Kimi Räikkönen and George Russell.

After this it’s time for the third and final part of qualifying: a twelve-minute lasting battle for pole position. After the first runs it’s Max Verstappen who is calling the shots albeit with only a 0.023 second lead on Lewis Hamilton. Pierre Gasly gets in the thick of it by getting in between both Mercedes as he betters Valtteri Bottas’ time by a tenth-and-a-half. The top six by now also includes Carlos Sainz and Daniel Ricciardo.

In the closing stages of the session, both Mercedes are able to better their time, but it’s Max who comes out on top and with a 1:28.997 he secures his first pole position of the season. His fourth career F1-pole. Lewis Hamilton slots in just four tenths a stray in second place. Valtteri Bottas, Charles Leclerc, Pierre Gasly and Daniel Ricciardo round out the final top six.