Horner after Bahrain Grand Prix: 'This race sets up a great season' 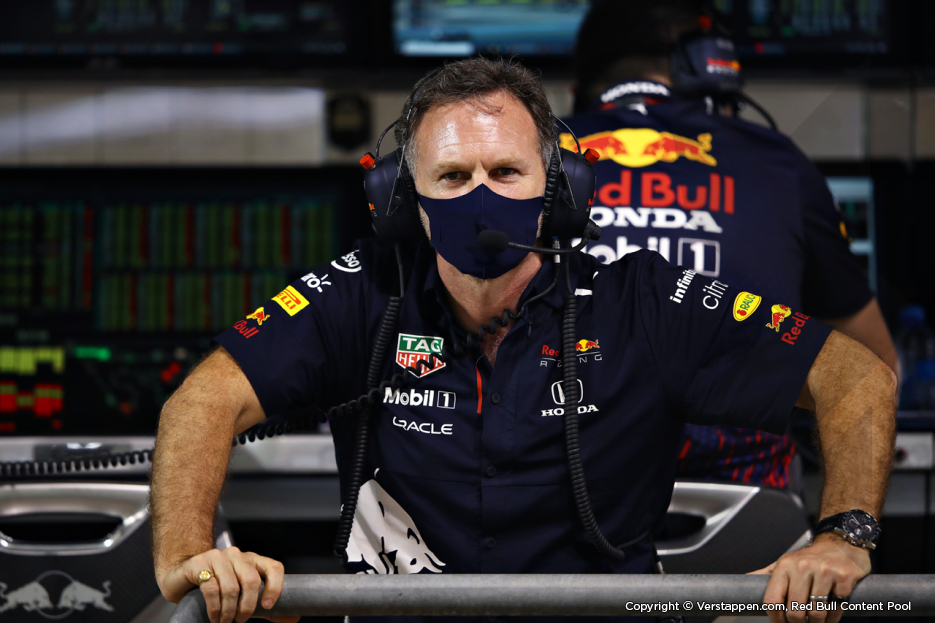 It was a bittersweet Bahrain Grand Prix for Red Bull Racing. Max started from pole and led the first part of the race, but he lost out to Lewis Hamilton by a fine margin, and finished in second place. Teammate Sergio Perez took P5 after a strong comeback drive.

Team principal Christian Horner reflects after the first race of the season: “First of all, congratulations to Mercedes, it was a great race today. We are all racers in this Team and to lose by such a small margin obviously hurts but the positive is that we have put in a strong performance all weekend and pushed Mercedes all the way. Max was nursing an issue from early on, how much of an affect that had during the race I’m not sure but he drove his heart out as always and we can’t ask for anything more than that. He got the pass done to re-gain the lead but ran out wide and was instructed to give the place back, which he did immediately and then he pushed Lewis to the line."

"Hats off to Sergio as well in what was a great comeback drive for him, especially after starting in the pit lane. He kept a cool calm head after the issue on the Formation Lap and was able to deliver a strong points haul. I think the biggest winner today is the fans, this race sets up a great season and I really hope we see Lewis and Max have many more battles. The fact that we’ve been so competitive this weekend is a good signal for the championship. If we’re frustrated with second place, then that’s not a bad place to be and shows the determination within the Team. We're certainly in the fight and ready to take on the season.”