Published on 03 December 2021 by Stefan Meens 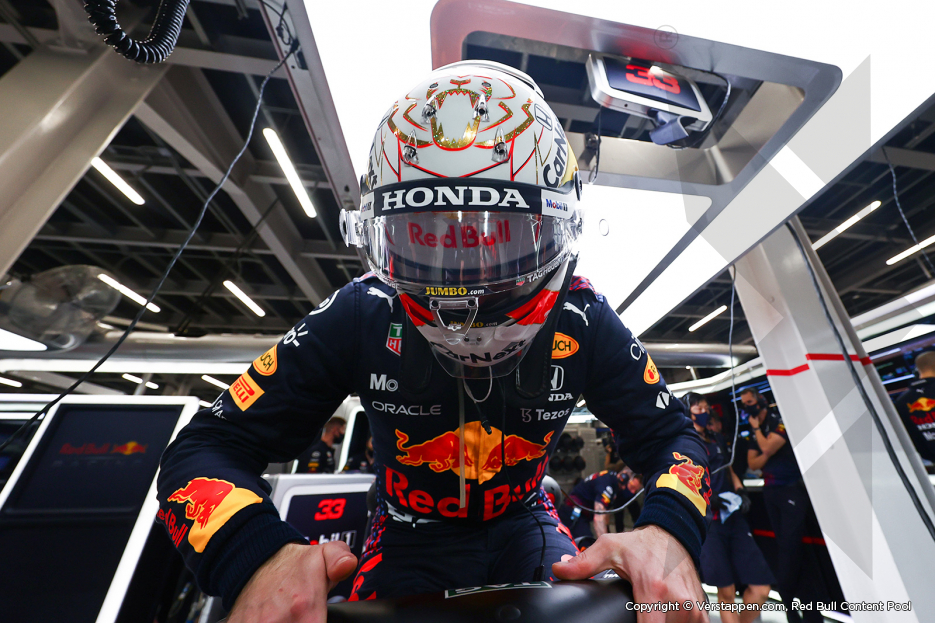 “I really enjoyed this exciting Djedda circuit today”, said Max after FP2. “We’ve started the weekend well, but there is still a lot to learn.”

At the start of the second Friday practice session, the sun has set and the artificial light has lid up the circuit. Similar to the morning session, Max is off to a good start by setting the fastest time on his first flying lap. He continues his form with another faster lap, whilst the Mercedes appear to struggle on the medium Pirellis.

At the halfway point, the teams start to focus on qualifying runs with their drivers switching to the soft Pirelli tyres. Max is not able to make the most of the fresh rubber; after abandoning his first flying lap, he is unable to set a time he is happy with during his second attempt. The Dutchman tells the team that he has issues with the temperature of the front tyres. 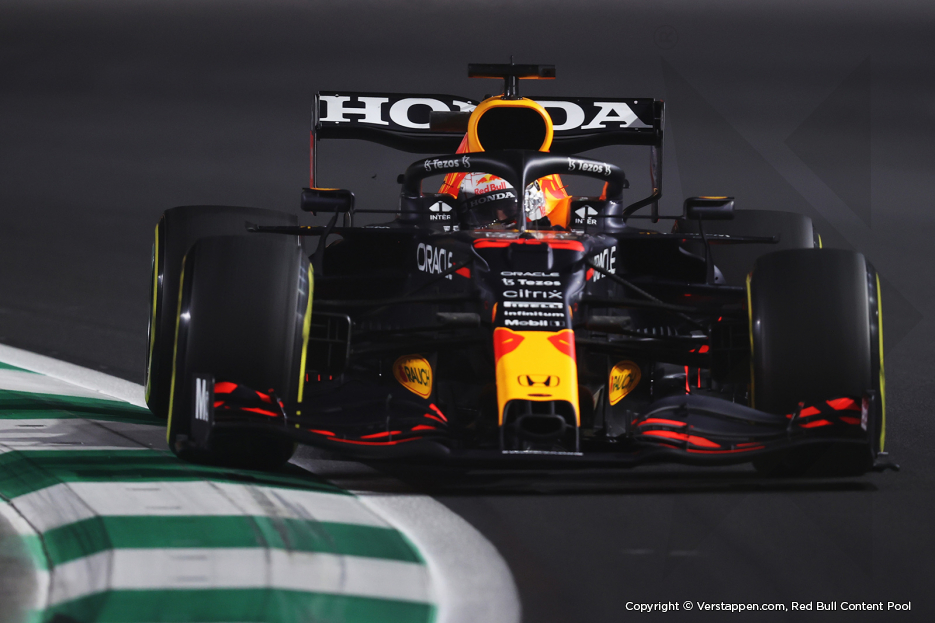 In the meantime, Lewis Hamilton and Valtteri Bottas have taken charge of the session by topping the leader boards.

With twenty minutes on the clock, most drivers are back in the pits as the teams prepare for the final quarter of the session. In the closing stages, Mercedes have sent their drivers out on alternative programs with Bottas pounding round on the softs and Hamilton using the medium Pirellis. Red Bull Racing respond by sending both Perez and Max out on the mediums.

In the final five minutes, the session is red-flagged after Charles Leclerc crashes heavily in turn 22. Fortunately, the Ferrari driver is able to climb out of the wreckage unharmed, but the incident does mark the end of the session.