Published on 22 December 2021 by Niels Hendrix 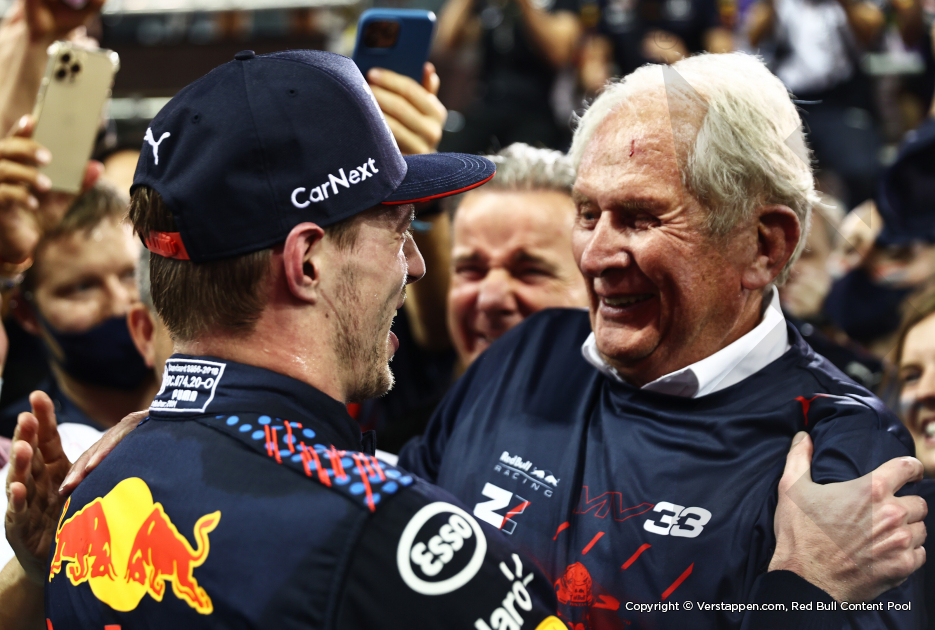 Max Verstappen sat down with Red Bull racing mentor Dr. Helmut Marko on the Sport und Talk TV show in Austria to reflect on his dramatic 2021 FIA Formula 1 World Championship victory and reveals what lies ahead following the breathtaking conclusion.

The Dutchman overtook title rival Lewis Hamilton during the exciting last lap of a thrilling Abu Dhabi Grand Prix to win the race and his maiden F1 title five years after he made his debut for Red Bull Racing with victory at the 2016 Spanish Grand Prix.

Which of the many congratulations you received for winning the 2021 F1 World Championship title stands out for you the most, Max?
Max answers: “No, not just one. I think everyone is the same for me in the end, because I always find it very nice, of course, when someone sends something. But yes, of course, it was a lot.”

Can you recap the final lap of the 2021 Abu Dhabi Grand Prix, Helmut?
Dr. Marko says: “Our team acted sensationally. Immediately switched to the soft tyres and then, yes, Hamilton had no chance. Max asked me afterwards what I was thinking. You will win it, it was clear. One must also credit Michael Masi (FIA Formula 1 Race Director), who wanted to finish the race under racing conditions. With IndyCar or NASCAR, for example, there is a rule that they even add a lap so that the race can be finished under racing conditions. There were five cars in between and he just sent them away, so that you could drive this last lap. It's like the referee, he has the right and if he decides like that, then that's valid.”

Can you describe your relationship with Lewis Hamilton after the 2021 F1 Season, Max?
Max: “In the end, it was OK. Of course we had our moments and he might have been angry but also we had nice duels... that hurt him, yes, in the last lap, what happened there. But we do have respect.” 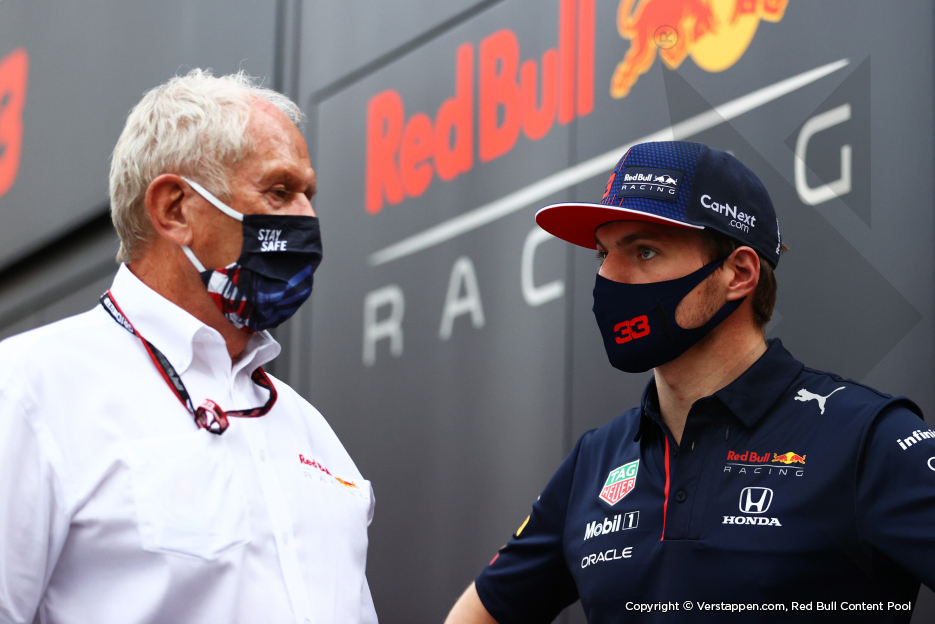 Are you proud to have discovered Max Verstappen and brought him into F1, Helmut?

Dr. Marko: “So only a year in four-wheeling was definitely a certain risk, but I knew that we had a great team at Scuderia with Franz Tost. They did the preparation, we had him test with old cars. So I knew he was going in well prepared and then the next step was almost even more bold. Daniil Kvyat unfortunately had too many accidents and we brought him to Red Bull Racing - there was an outcry. But Max’ answer was perfect, keeping Kimi Raikkonen in check for 20 laps with a faster car and better tyres. And, of course, I'm happy that it worked out that way.”

What are your future plans in F1, Max?
Max replies: “I am very happy where I am now and I hope that we can do this together for another 10, 15 years.”

What are the characteristics that Max Verstappen and Helmut Marko share?
Dr. Marko says: “Well, we have the same passion, we want to win. To see him move a car so skillfully at the limit, yes, that warms my heart. We don't need any criticism or anything, as we are actually always in agreement. These constant improvements, I'm excited to see what's next.”

How did you experience the 2021 F1 World Championship title win with your father, Max?
Max: “When I got out of the car, of course, I quickly saw him. Everything comes back again, from the go-kart time, where we drove together all over Europe and for the dream to be in Formula 1, but then to win the championship as well. That was maybe 30 or 40 seconds or so, but that was really nice to have my father there.”

How will your first F1 World Championship title change your approach to the new season, Max?
Max: “After the win, I was relieved because that was always my dream, of course, to win once and everything that comes now is a bonus in the end. But I think if I'm back in the first race, then of course I want to win again. And when I have the fastest car again, I will do it again.”