Max fourth in FP2: 'We still have to find some pace' 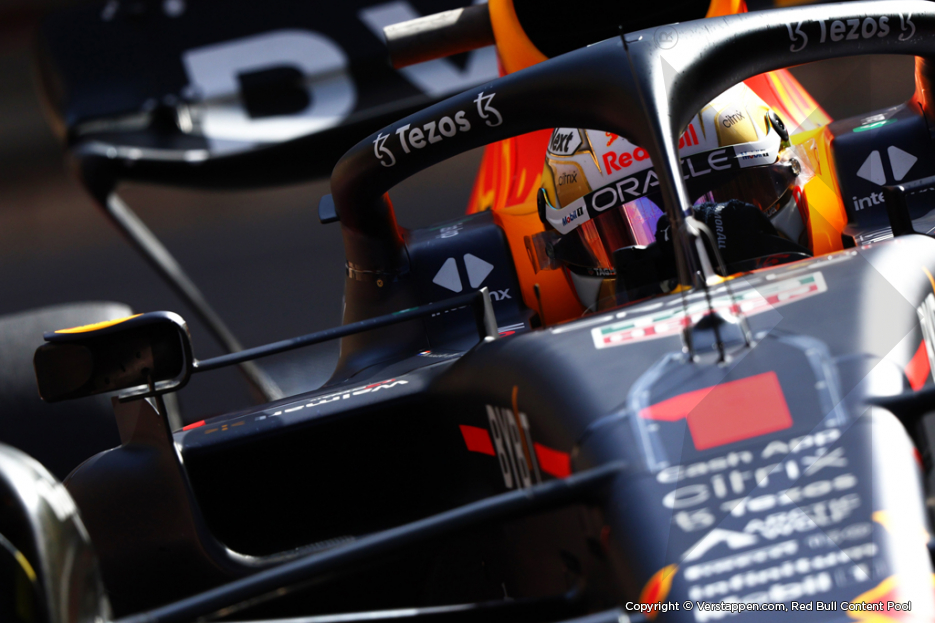 “I think in general we tried some different things to figure out how the car behaves”, explained Max following his Friday practice outing. “However, I was more satisfied with the car after FP1 then after the second practice.”

Max continued saying: “If the balance improves, you’re able to attack the race track more and then the lap time follows automatically. However, compared to the Ferrari, we still have to find some pace; we’ll have to fine-tune the balance of the car.”

Despite a new generation of cars being introduced for the 2022 season, the challenge of racing in the streets of Monaco remains immense. “You can definitely tell the cars are heavier and a bit slower. However, it is more bumpy because the cars are stiffer, but it’s okay. Vision wise, it’s a bit trickier, so it’s still hectic to drive here. 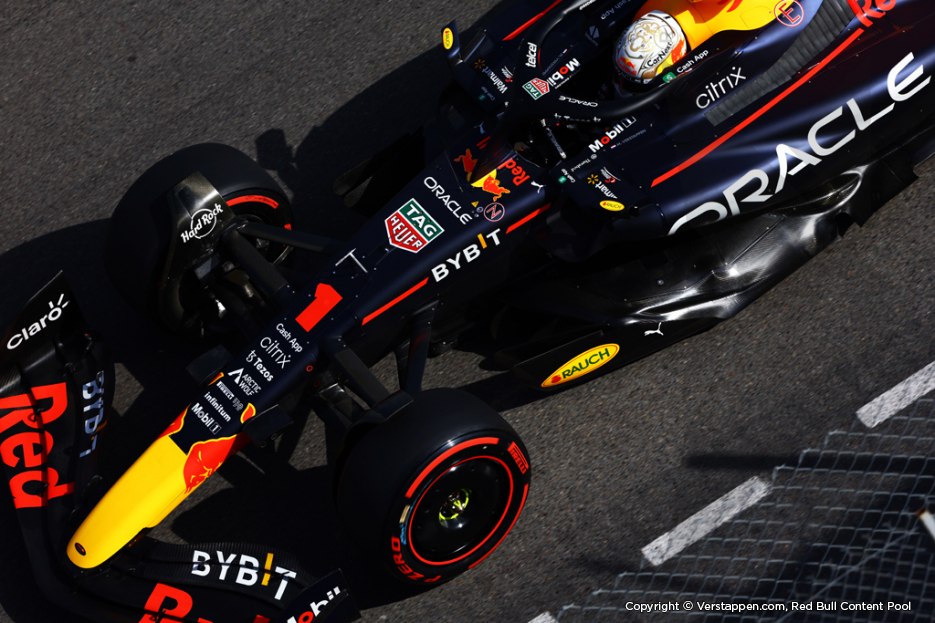 At the start of second practice session, the ambient temperature is still in the thirties, with track temperatures peaking at 52 degrees Celsius.

As the pits opens, it is busy on track resulting in Max having to abort his first timed lap due to heavy traffic in the third sector. Meanwhile, Perez is the first driver to clock a time in FP2.

Six minutes into the session, Max completes a traffic free lap, resulting in the quickest time thus far. Soon after Sebastian Vettel, and is mechanics, breathe a sigh of relief after the Aston Martin driver narrowly avoids the barriers at the swimming pool chicane.

Daniel Ricciardo has less luck. The Australian loses control of the rear of his McLaren going into the swimming pool section and ends up in the barriers. A red flag follows to give the marshals time to clear the track. 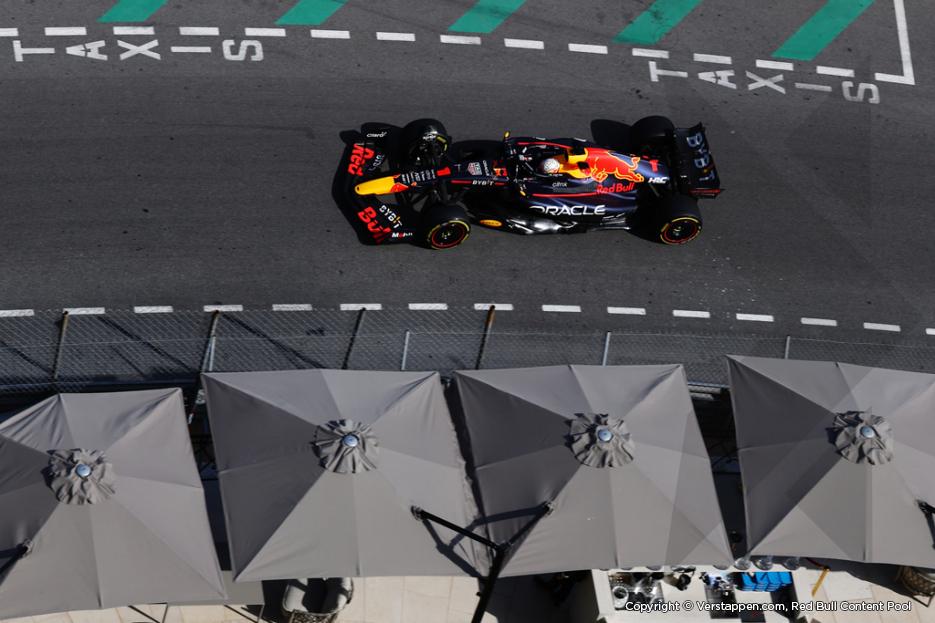 With 37 minutes to go, the session is resumed as the teams prepare for qualifying simulations. Fernando Alonso is the first driver to set a time on the soft Pirellis. The Alpine driver’s effort is soon bettered by Perez, who is soon usurped my Leclerc. Max slots in behind Perez in third following his first timed lap on the softs.

With half an hour left on the clock, Max goes fastest, but Leclerc is quick to retaliate. Sainz underlines the pace of the Ferrari by splitting the pair. Eventually, Sergio Perez also improves his lap to set the third quickest time, demoting Max to fourth.

The final quarter of FP2 is dedicated to race simulations with the majority of the drivers lapping on used tyres. It means lap times are not improving and the top four remains the remains the same with Leclerc setting the pace, followed by Sainz, Perez and Max.

In the closing stages, Lando Norris (McLaren) causes a brief yellow flag after going straight at the first corner. A few minutes later, Lance Stroll (Aston Martin) does the same but both drivers keep their cars out of the barriers and are able to return to the pits without damage.