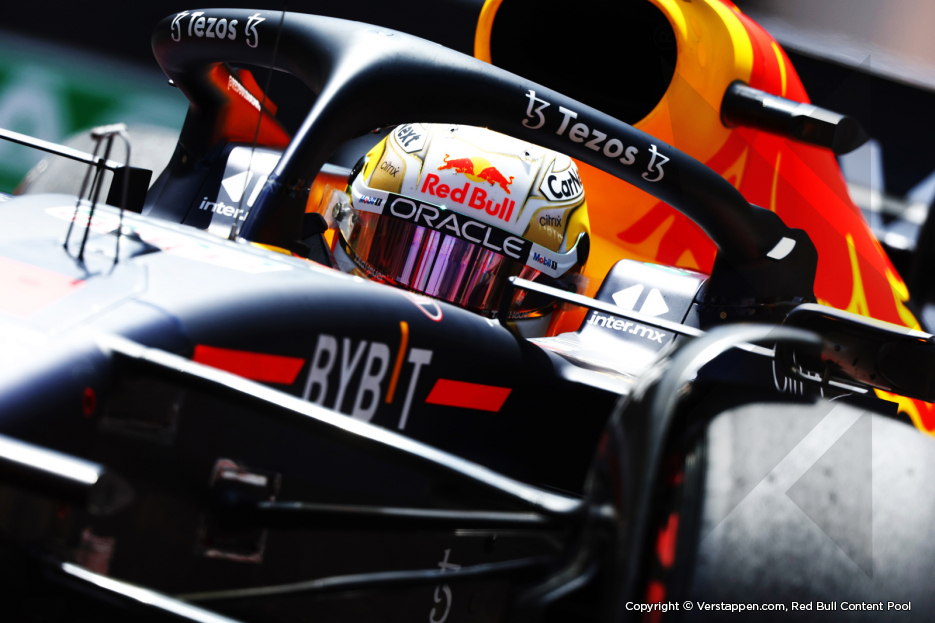 Max Verstappen finished fourth in qualifying for the Monaco Grand Prix. The Dutchman had to abandon his final flying lap because of a red flag caused by a crash of teammate Sergio Perez and Carlos Sainz. Having to settle for fourth place on the grid. Charles Leclerc took pole in front of his home crowd, while his teammate at Ferrari, Carlos Sainz, will start next to him on the front row of the grid. Sergio Perez finished third.

After the race Max says: “So far it has been a bit tricky for me the whole weekend. But for the last run I opted to do a little bit of a different strategy than the cars around me, and it was actually quite a good lap, until I came to that corner. It is very unfortunate; I think we could have done better than fourth. Not pole position, I think Charles was too strong today, but it would have been nice to be second. That is Monaco. There is always the risk of a red flag when everyone is trying to risk it all. It is the second year in a row, but it is what it is.”

Verstappen has an explanation why Ferrari is quicker than the Red Bull Racing RB18 this weekend: “The Ferrari is very good in the corners, and I suffered from more understeer than I would have liked. That is not helpful, especially on a track as Monaco where the car must be able to turn fast. That is why I think it was tricky.”

Nevertheless, Max is still optimistic for the race: “We will see what tomorrow brings. It is a shame of today, but now we must concentrate on the race. And you never know what happens when it rains and chaos strikes. With oil and the while lines on the track it will always be slippery.” 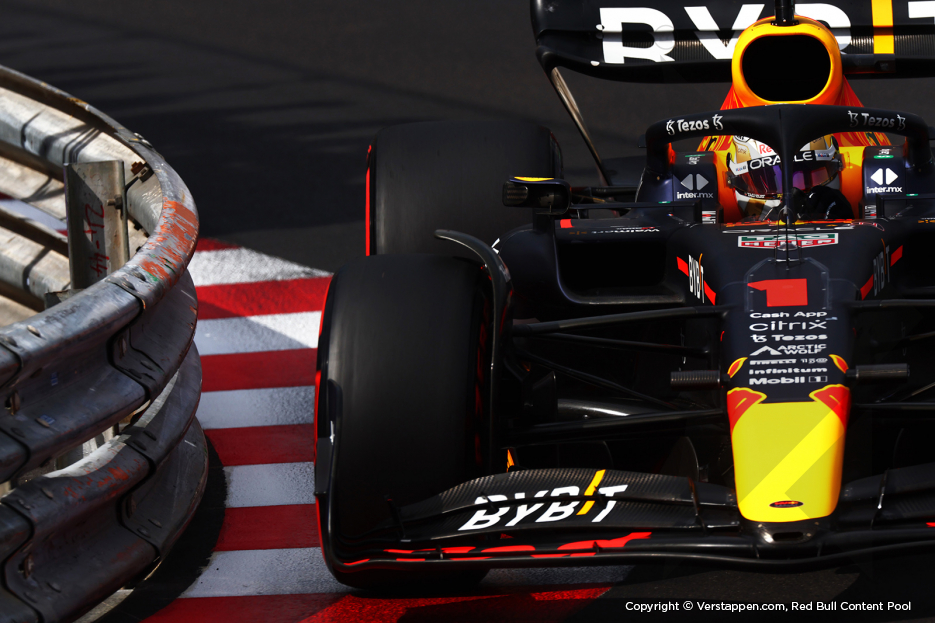 After a busy FP3 with the Red Bull Racing and Ferrari drivers constantly changing positions, the lights go out for Monaco’s crucial qualifying. Soon all drivers are out on track in the narrow streets of Monaco. Everyone is on the soft tyre compound. Max sets a time of 1:14.295 in his first flying lap, at the time good for first position. The track is evolving quickly and like many other drivers Verstappen continues to drive around the track. Not much later improving his time to a 1:12.993, good for P2 behind Leclerc.

Yuki Tsunoda hits the barrier at the Nouvelle Chicane with his left front wheel and suffers from a punction. Even though the Japanese can bring his AlphaTauri back to the pits, the race is red flagged for a short period. When the track is cleared, there are just over two minutes left for Q1. Both Ferraris, the Red Bulls and George Russel stay in the pits, while the other drivers come out again for their final flying lap. In the end Alexander Albon (P16), Pierre Gasly (P17), Lance Stroll (P18), Nicholas Latifi (P19) and lastly Zhou Guanyu drop out of Q1. Max Verstappen finishes in sixth position, safely through to Q2.

Max sets a 1:12.551 in his first timed lap in Q2, good for fourth position behind his teammate Sergio Perez and both Ferraris. Not much later he improves his time (1:12.353) but stays in fourth place. After a short time in the pits, Max comes out on track for a final flying lap during the last two minutes of Q2. Again, Max improves (1:12.117) but stays in P4, bringing him through to Q3. The drop outs of the second qualifying session are: Yuki Tsunoda (P11), Valtteri Bottas (P12), Kevin Magnussen (P13), Daniel Ricciardo (P14) and Mick Schumacher (P15).

In his first flying lap in Q3 Max sets the fourth time (1:11.666), more than two tenths slower than Leclerc in P1. Max returns to the pits and comes out again for one final flying lap. Perez spins backwards into the barrier in turn eight during the final phase of qualifying. The oncoming Carlos Sainz cannot avoid the Mexican and crashes while spinning into the Red Bull. At the same time goes Fernando Alonso straight ahead through turn five ending in the barriers. The session is red flagged and will not be resumed. Max cannot finish his final flying lap. Leclerc takes pole for his home race, with teammate Sainz in third and Perez in third position on the grid. Verstappen finished in fourth place, with behind him Lando Norris in P5. George Russell finishes sixth, with Fernando Alonso, Lewis Hamilton, Sebastian Vettel, and Esteban Ocon completing the top ten.