Max fourth after Friday practice: 'Not ideal, but okay' 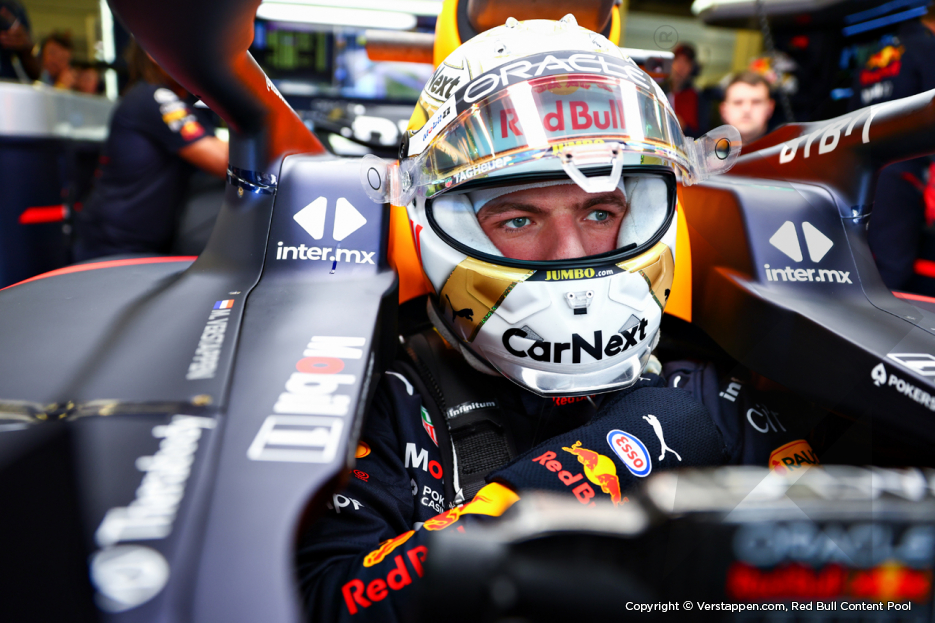 Max Verstappen finished the second free practice session of the British Grand Prix in fourth place. Carlos Sainz lapped the Silverstone circuit quickest in his Ferrari, ahead of Mercedes’ Lewis Hamilton and Lando Norris in the McLaren.

“FP2 was okay”, said Max following Friday practice. “It’s always tricky if you haven’t done the laps in FP1. It’s a bit more of a guessing game because you can't  build on the previous practice. It’s not ideal but not a big issue. We’re still there or thereabouts, so it’s okay.”

Looking ahead to the remainder of the weekend, The Oracle Red Bull Racing driver said: “We know what to work on, but tomorrow rain is forecast again so that will change the conditions.”

Unlike the rain in FP1, the second Friday practice session starts under pleasant conditions with sunshine and an ambient temperature of 19 degrees. Because of the rain earlier in the day, all twenty drivers are straight out of the box when the pitlane opens.

On Max’s first run, he notifies the team of a strange noise. His engineer informs the Dutchman that everything looks fine and he continues by clocking his first lap times on the medium Pirelli tyre. 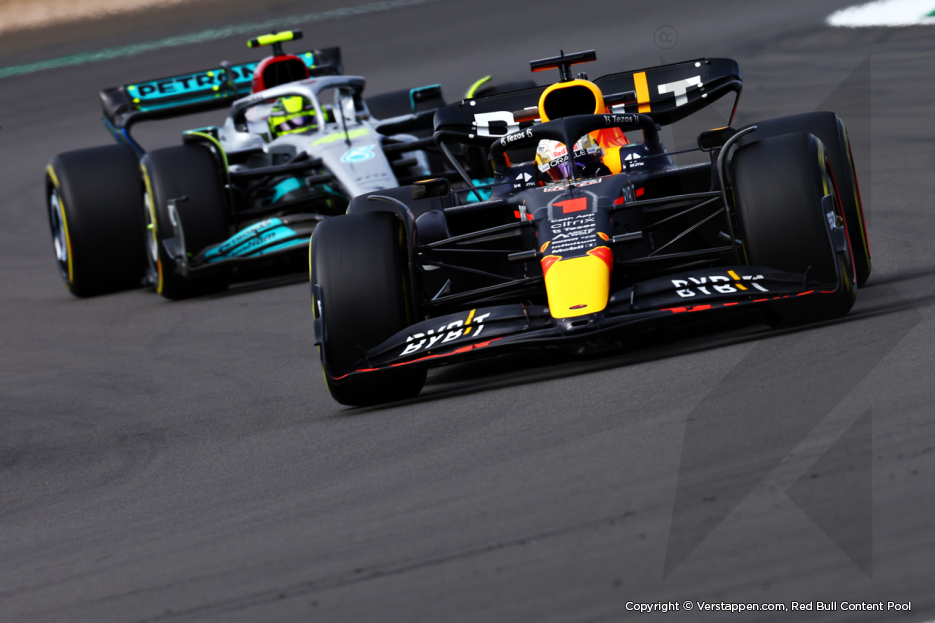 Max is not happy with the apparent odd sound coming from his car. Hence, he returns to the pits for the team to investigate further. After a quick visit to the garage, he is on his way again.

Twenty minutes in, the two Ferraris are quickest with Charles Leclerc leading Carlos Sainz. The Red Bulls follow in third and fourth, with Max ahead of Sergio Perez.

At the halfway mark, most teams swap the medium Pirelli tyres for the soft compound. Lando Norris is the first to set a quick lap, soon topped by Sainz. Shortly after, Lewis Hamilton splits the two front runners, making it two out of three Brits in the top three.

Meanwhile, after his mechanics have tinkered on Max’ RB18, the reigning champion steers the Red Bull back on track with 18 minutes to go. Unfortunately, he reports that the strange noise is still occurring. Nevertheless, he continues and clocks the fourth fastest lap of the session. He does so on the soft Pirellis.

At the front, Sainz maintains his spot at the top of the leader boards ahead of Lewis Hamilton and Lando Norris, meaning Max finishes FP2 in fourth.