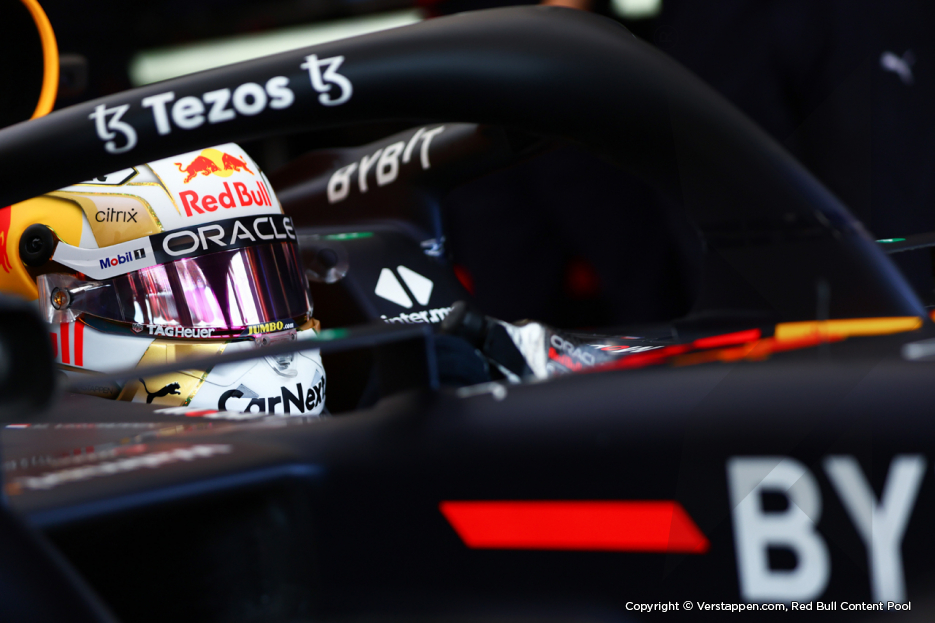 “It was a bit tricky today” said Max after Friday practice. “But we had expected that. We tried to find a good balance between the high and low speed turns, but we still have work to do.”

The Dutchman concluded by saying: “Ferrari have the advantage and it will be difficult to catch up with them, but we’ll try to close the gaps as much as we can tomorrow. We’ll also have to see what the weather is going to be like.” 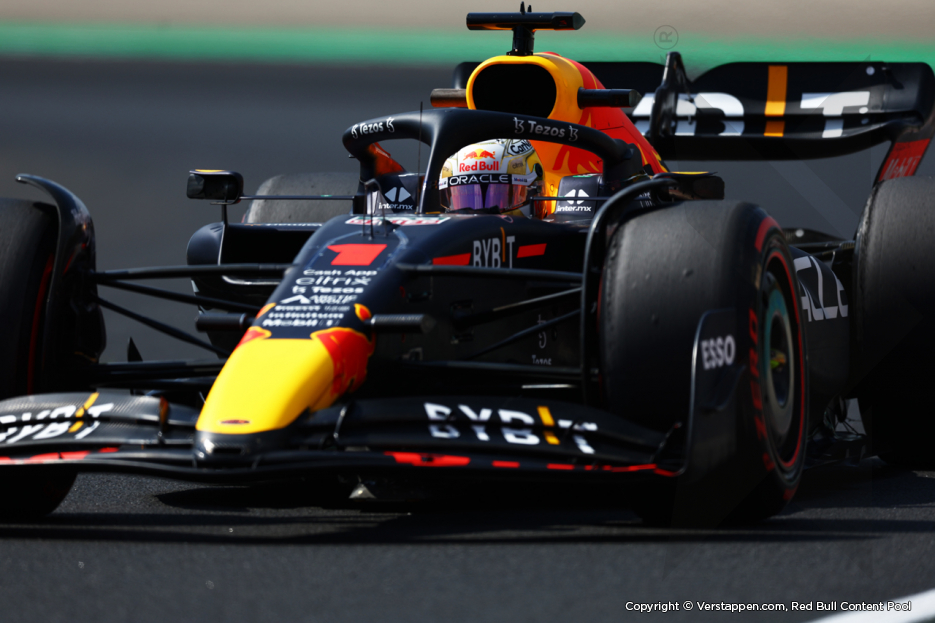 In the opening quarter of FP2, most drivers lap the Hungaroring on the medium or hard Pirelli tyre with the lap times slowly coming down. Fifteen minutes in, the lap times are dropping rapidly as the teams have moved on to qualifying simulations on the soft tyres.

George Russell in the Mercedes is the first driver to clock a fast lap on the softs but is unable to match the pace set by both Ferraris on harder tyres. Lando Norris is the first to challenge the Ferraris as the McLaren driver claims P1 on his first flying lap on the softs. Soon after, Leclerc restores order with his Ferrari, sporting the red side-walled softs, propelling him to the top of the leader boards. 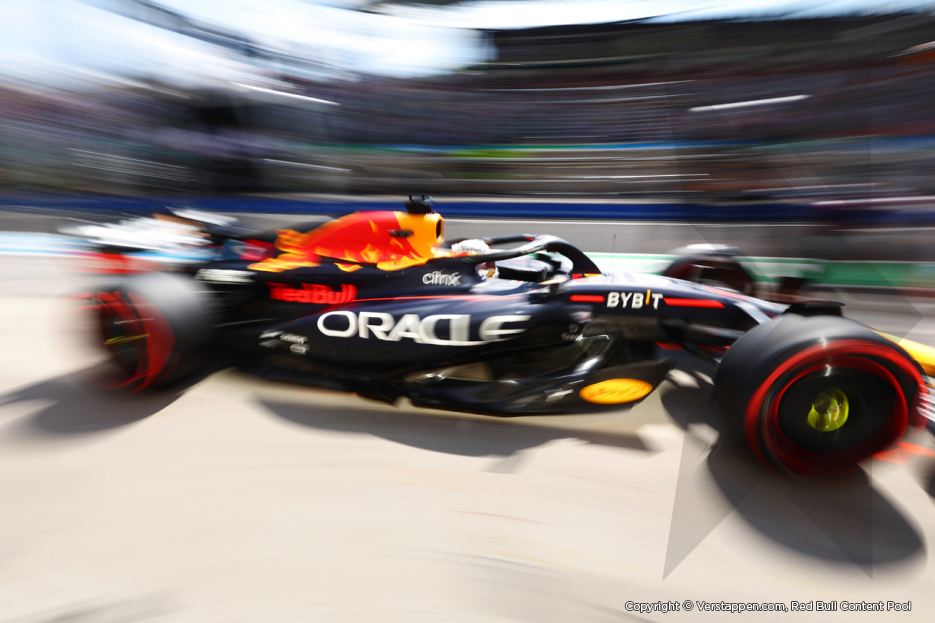 With half an hour to go, Max also heads out on a set of the soft compound. Despite the extra grip, the Red Bull ace is not able to bridge the gap to Lelcerc’s Ferrari and Max has to settle for fourth, three tenths a drift.

In the final fifteen minutes, Max ventures out for another run, but does so on a set of used medium Pirellis, meaning he is unable to improve on his lap time. Thus, the reigning champ ends Friday in P4.