Horner after perfect weekend at Spa: 'Our biggest ever achievement to date'

Published on 28 August 2022 by Julien Lemmen 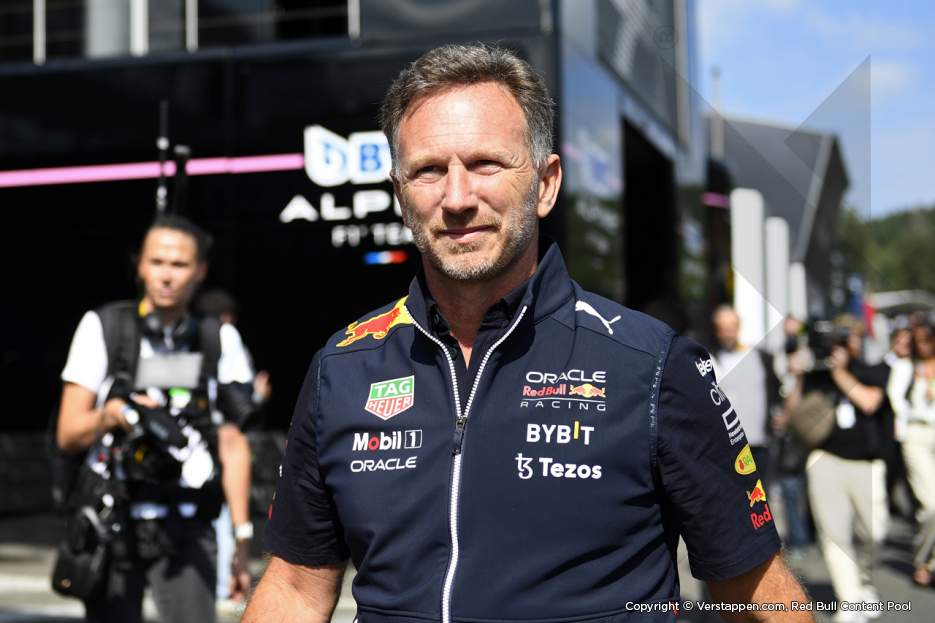 Red Bull Racing dominated at the Spa-Francorchamps circuit this weekend. After starting 14th on the grid, Max Verstappen quickly worked his way up to the front of the field and eventually took a brilliant victory. P2 for teammate Sergio Perez made it a one-two for Red Bull, which now has an enormous lead over the competition in both championships.

Team principal Christian Horner is delighted with the result of the Belgian Grand Prix: “This was our biggest ever achievement to date. We have never won a race from as far back as P14 and to take a one-two with Max and Checo, along with fastest lap, is an outstanding achievement. It’s a fantastic win for Max and he has been in a class of his own on the track this weekend but it really is a team victory; for everyone here and all the team back in Milton Keynes. There is a lot of hard work that goes in behind the scenes that contributes to a performance like today and I would also like to thank HRC (Honda Racing Corporation) for their contribution to this victory.”