Published on 07 October 2022 by Stefan Meens 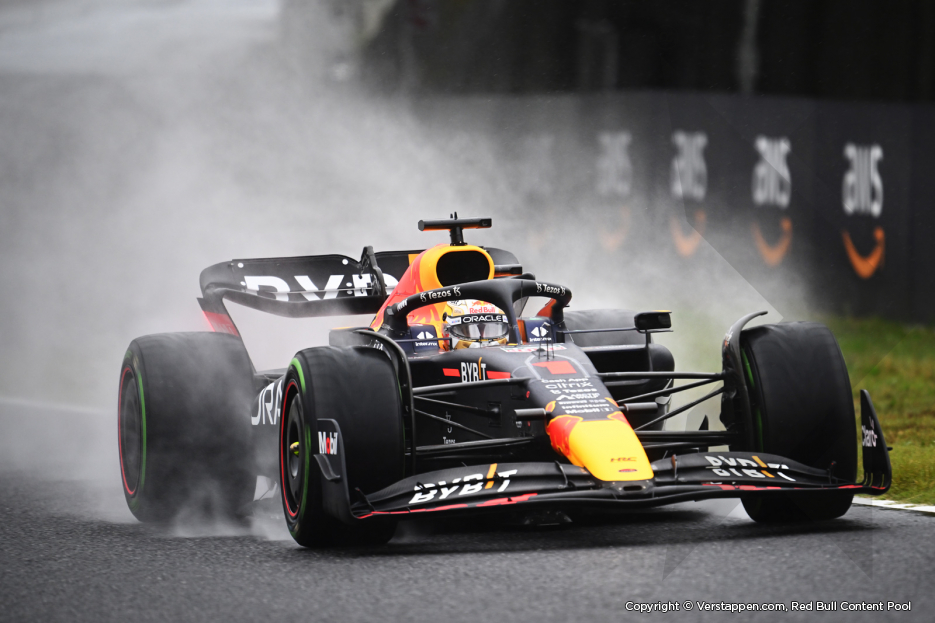 “I wish the conditions had been a bit more representative”, said Max after FP2. “But it’s always great to be here. Luckily, the weather wasn’t a complete disaster and we were able to do some laps.”

Although qualifying on Saturday is set to be contested in dry conditions, Sunday’s race looks likely to be affected by the rain. “For the race, we were able to do some basic preparations, but no more than that. That’s why I’m looking forward to see how things are tomorrow on a dry track. We all start from scratch in the dry and I don’t think that will lead to massive differences.” 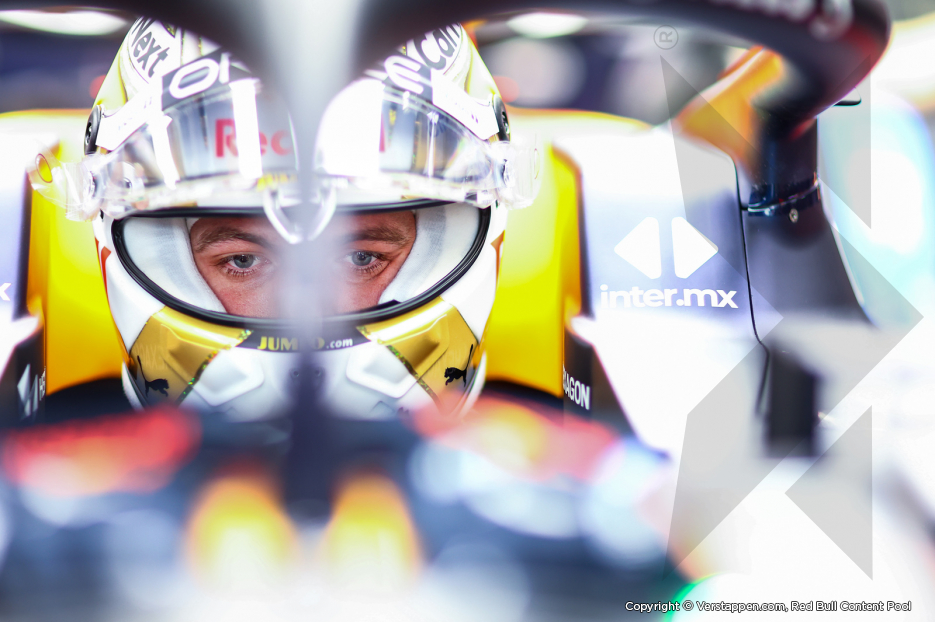 At the start of the session, which is scheduled to last 90 instead of 60 minutes due to a planned tyre test at the end, Haas announce that Mick Schumacher will not take part in FP2 following the damage his car sustained in his first practice crash. The American outfit has to change the chassis, which requires too much work to be completed by the start of the session.

When the pit-lane opens, it is still wet on track, prompting the Pirelli tyre test to be postponed to Mexico. Nevertheless, race control opt to keep the session 90 minutes long. 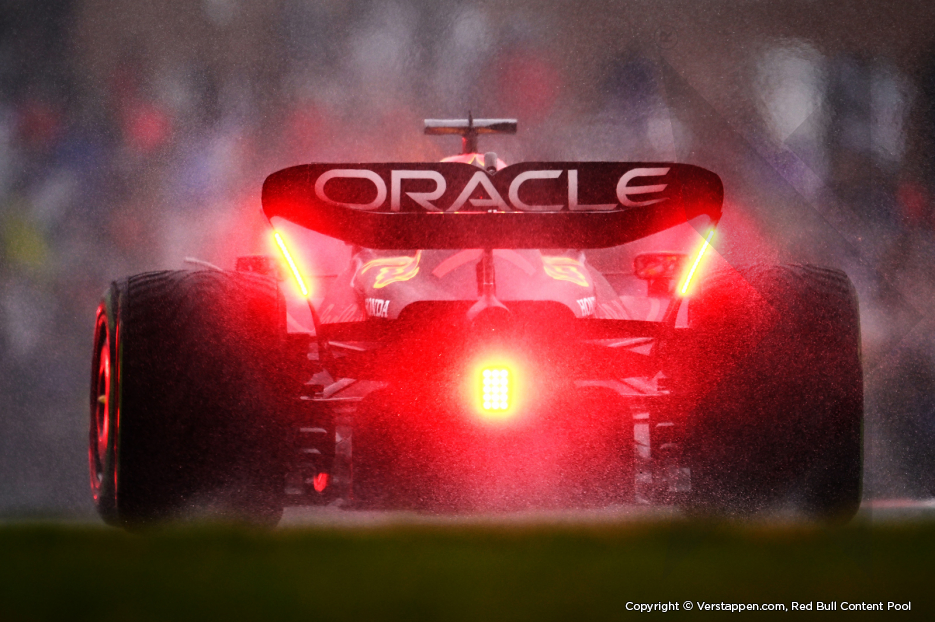 After half an hour, the rain has stopped and the lap times start to drop with Lewis Hamilton setting the pace on the wets, followed by Mercedes colleague George Russell on the intermediates.

Soon after, Max prepares for his first outing during FP2. On his first timed lap, Max is quickest, followed by the Dutchman and Hamilton trading fastest laps before Russell joins the world champions by going fastest. The two Mercedes and Max continue to fight over top spot on the timing sheets, but ultimately it is Russell that sets the quickest lap of the session ahead of Hamilton and Max.

At the halfway mark, the track has become quieter as the rain intensifies. Nevertheless, with twenty minutes to go, several cars head back out, including Max, but the lap times are not bettered through the remainder of the session as the circuit is getting wetter and the team being reluctant to send their cars out more than necessary.