Max looks back on 2022 in exclusive interview at Viaplay: Picture Perfect

Published on 26 November 2022 by Kees-Jan Koster 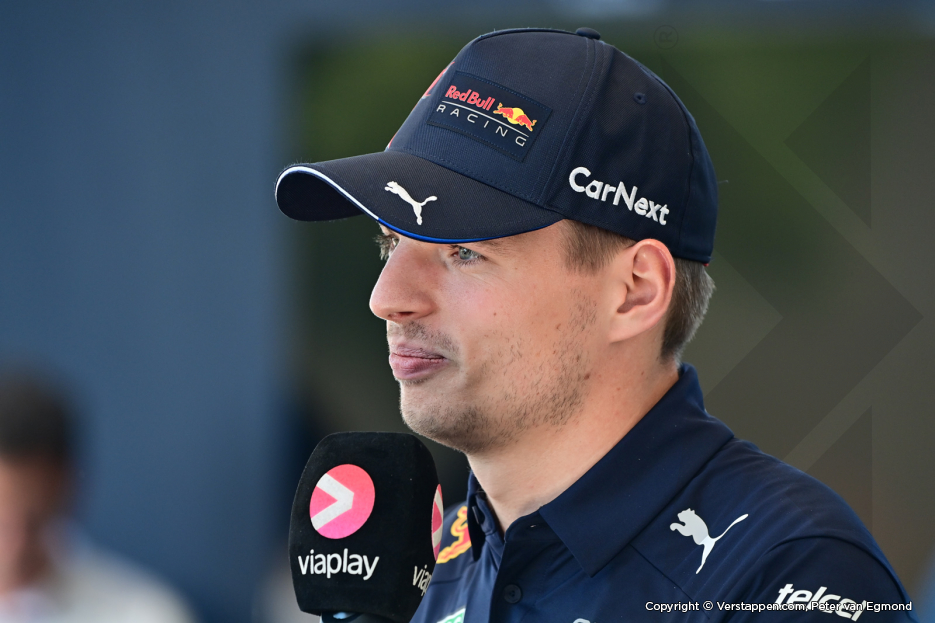 Max Verstappen experienced a season to be framed: a second world title and a record number of Grand Prix victories and points. In “Picture Perfect 2022”, an exclusive interview for Viaplay, Max looks back with Amber Brantsen, on the successful year of 2022.

“Especially after the start of the year, I had never expected a season like that”, says Max, while he flips through a thick photo album. “The whole Red Bull team is so happy. I know that these kinds of years do not happen often, with fifteen wins. Before 2022, I only had twenty victories. Now fifteen in one year, that is unbelievable.”

Max won the French Grand Prix at Paul Ricard, while title rival Charles Leclerc retired. That was the tipping point in the season, according to max: “From that moment I thought: The title is ours. Without bad luck, it will be alright. We had quite a big lead and I thought, we are not going to lose this. Actually, from that race in France, it only went better.”

Max now belongs to an illustrious list of two-time world champions like Alberto Ascari, Jim Clark, Graham Hill, Emerson Fittipaldi, Mika Hakkinen en Fernando Alonso. “Who would have thought? I never did when I started. I hope it will not stop here”, concludes Max.

The half-hour interview with Max on the 2022 season, Picture Perfect 2022, can be seen at Viaplay.com.

From 30 November, the analysts of Viaplay will look back on the highs and lows of the 2022 Formula 1 season, in Year of the Lion. A week later, on 7 December, Max and David Coulthard will present, in Max's Machine, the ins and outs regarding the uniqueness of a Formula 1 car.

On 10 December, Max will get back into a Formula 1 car, during the Red Bull Racing Home Run in Milton Keynes, the event at which Red Bull will celebrate both 2022 world titles. This will be broadcasted live on Viaplay from 13:00.

From 14 December, there will be two new episodes of F1 Talks. This time among others, with Max and Jos. And when you get bored on Boxing Day, you can watch Verstappen Lion Unleashed 2.

There will be even more in the first couple of months in 2023, including a three-part series in which Max Verstappen will give a glimpse into his unique life. What is it like for a reigning world champion to fight for a second title. It will be revealed in Anatomy of a World Champion on Viaplay.