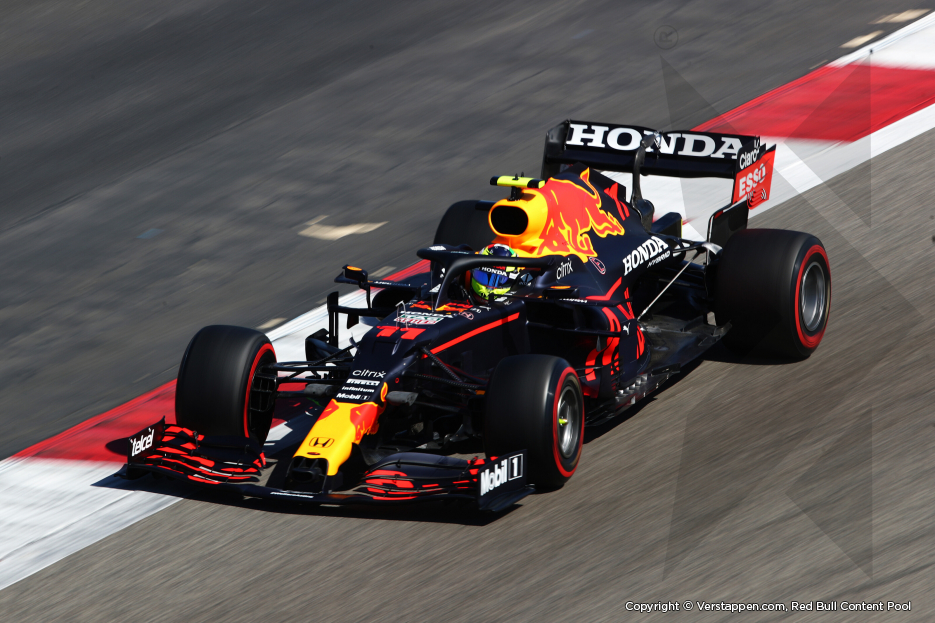 Sergio Perez sets the quickest time in the morning session of the third and final day of testing in Bahrain. The Mexican set a time of 1:30.187 on a set of soft C4 tyres, which was also the quickest overall time during testing thus far. The Red Bull Racing driver went 47 times around the circuit, which concludes his preparation for this season. Max Verstappen will get back into the RB16B this afternoon. Charles Leclerc was three tenths of a second slower than Perez on a set of medium C3 tyres, while Lando Norris in his McLaren completed the top three.

Under a shining sun and quiet weather conditions the third and final day of the pre-season testing gets underway. Sergio Perez will be driving for Red Bull Racing in the morning session on the Bahrain International Circuit, while Max Verstappen takes over in the afternoon. George Russell is the only driver who did not drive yet during the first two days of testing, but today the Brit will be behind the wheel of the Williams FW43B all day.

Perez comes out on track immediately after the lights go green, with a big ‘aero rake’ in front of the left rear wheel of the RB16B. With an ‘aero rake’ the air flows around the car are measured. The Mexican does six laps with the measuring device, before going back into the pits for it to be removed. Meanwhile rookie Mick Schumacher sets the quickest time in his Haas, narrowly in front of Ferrari driver Charles Leclerc. The Monegasque goes straight ahead in Turn one when doing one of his quick laps, but not much later he sets a 1:30.486 on the C3 compound tyres, the quickest time by far. 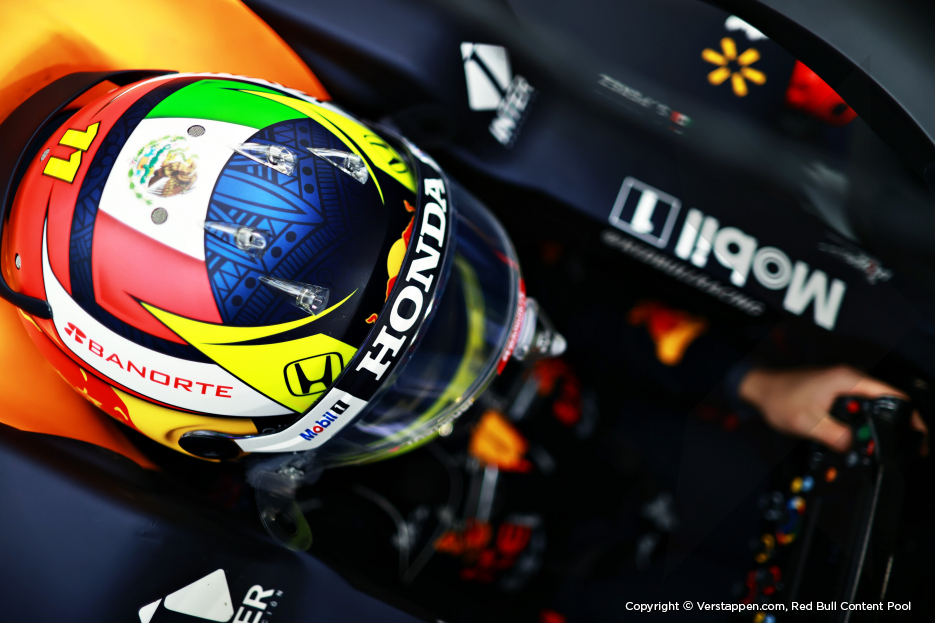 Once driving without the ‘aero rake’, Sergio Perez sets a 1:31.890 on the hard C2 tyres, putting him in second position. After the first hour of the day, Perez already completed 16 laps. Not much later Pierre Gasly (AlphaTauri) and Esteban Ocon (Alpine) improve Perez’ time, but both drivers are still far behind Leclerc.

When the session is one and a half hours underway, Perez comes out on track again. On a set of C2 tyres, he sets a 1:30.927, the second time only four tenths behind Leclerc. After a stint of nine laps Perez goes back into the pits. Halfway the morning Lando Norris sets a 1:30.737 on the hard C2 tyres, putting him between Leclerc and Perez. Then Perez takes second place again from Norris with a 1:30.543 on the C3 tyres, only 0.057 seconds slower than Leclerc.

With one and a half hours left on the clock, Perez has another go. Again with a set of C2 tyres on the RB16B, the Mexican sets the quickest time (1:30.309). With that Perez is only a fraction slower than the quickest time of pre-season testing so far, set yesterday by Valtteri Bottas. 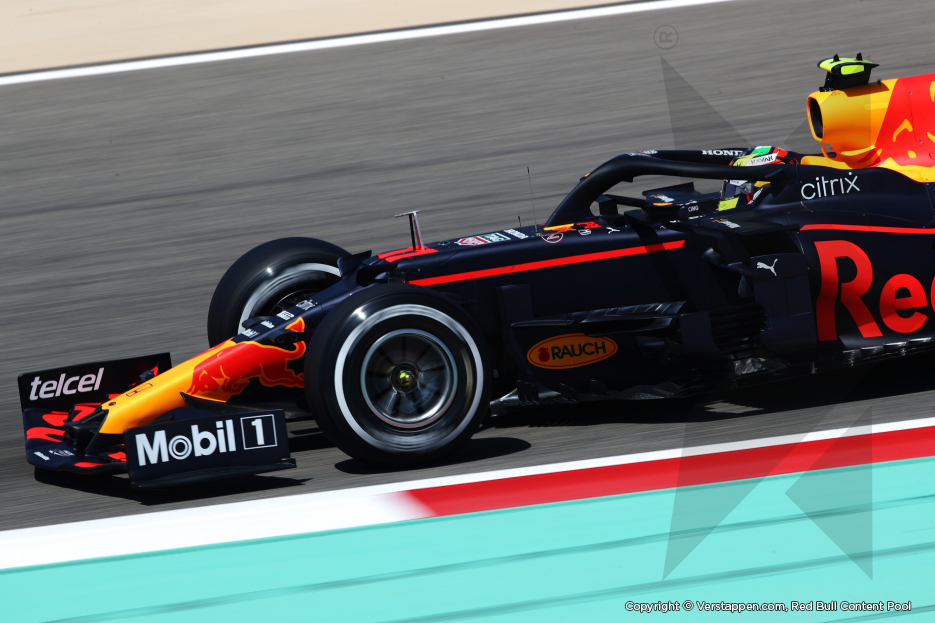 Not much later Perez comes out for the first time on the soft C4 compound tyres for a qualifying run. With this the Red Bull driver improves his quickest time to a 1:30.187 which is the quickest overall time thus far of all three days of testing. In the last fifteen minutes the Red Bull team is practicing some pit stops, after which with only five minutes to go the red flag comes out as the FIA tests their procedures. With that the morning session is concluded.

Perez finishes quickest in the morning session, followed by Leclerc in P2 only three tenths slower. Norris finishes third, while Gasly and Ocon complete the top five. Kimi Raikkonen is the most productive driver of the morning. The Finnish veteran takes his Alfa Romeo no less than 91 times around the circuit. Raikkonen, together with Russell, is the only driver who will be in the car all day. The eight other drivers will hand over to their teammates after lunch. 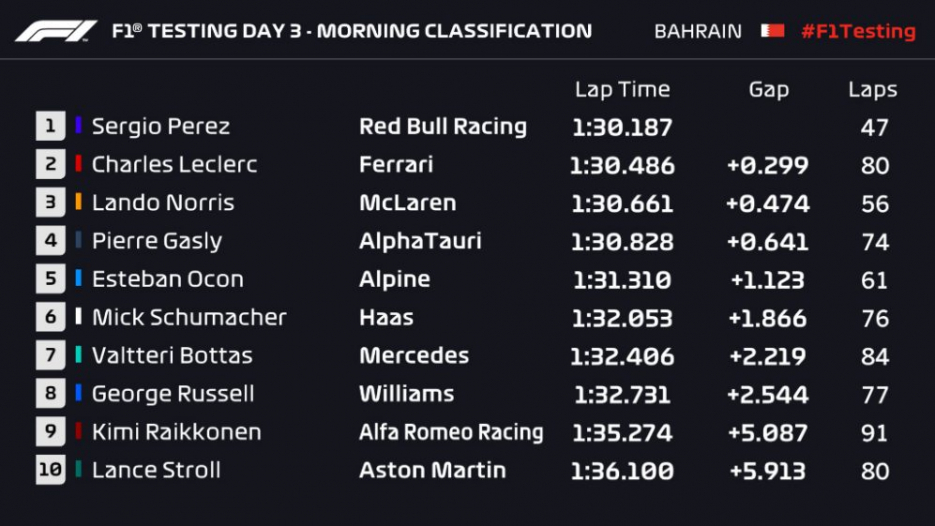