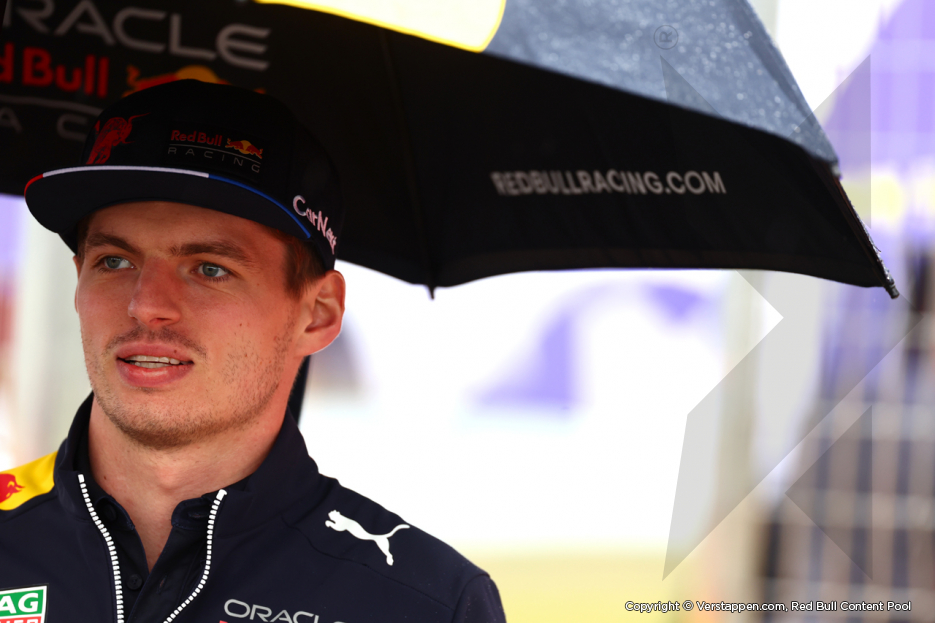 Only ten drivers set a lap time in a rain-hit first free practice session of the British Grand Prix. Vatteri Bottas was quickest in the Alfa Romeo, with Mercedes’ Lewis Hamilton and Ferrari’s Carlos Sainz completing the top three. Oracle Red Bull Racing’s Max Verstappen ventured out onto the Silverstone circuit in the closing minutes of the session, but a red flag prevented the Dutchman from clocking a time.

FP1 starts with wet and cold conditions. Charles Leclerc is the first driver to leave the pits, with his Ferrari sporting the intermediate Pirelli tyre. Three other drivers also attempt to brave the elements; the two Mercedes of Lewis Hamilton and George Russell and Leclerc’s team mate Carlos Sainz. The latter is quickest among the early runners.

After a long intermezzo during which the track stays quiet, Lewis Hamilton is the first driver to steer out of the pits with twelve minutes left on the clock. The Mercedes driver does so on slicks, the soft Pirelli compound to be exact. Vallteri Bottas follows suit and sets the quickest lap of the session. Soon after, the session is ended with a red flag after Lance Stroll parks his Aston Martin in the gravel traps.