Published on 01 September 2022 by Niels Hendrix 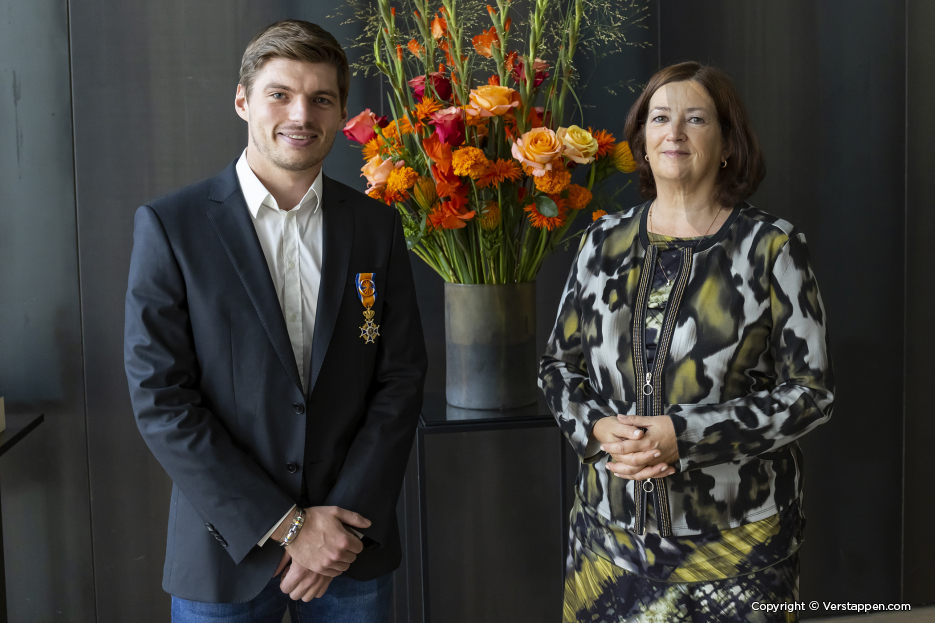 Formula 1 driver Max Verstappen has been appointed Officer in the Order of Orange-Nassau. The first Dutch Formula 1 World Champion was awarded this royal decoration today by Minister for Sport Conny Helder, in the presence of his family and close friends.

Minister for Sport Helder: “It takes a lot more than just talent to become a champion. Many years of hard work, of pushing and persevering. With this you are a great inspiration to many. And in the end, as first Dutchman ever, you drove to the Formula 1 world title. What an amazing achievement. With this you put the Netherlands on the map.”

Verstappen reacted grateful on the appointment: “It is a great honour to receive this appointment. I am very thankful to my family and close friends for their support, from my very first racing years until now. I also want to thank Red Bull and my personal sponsors. Without all this support I would not be where I am today. In addition, I want to thank my fans worldwide, and in particular the Orange Army. Their encouragements time after time are overwhelming and it is incredible to see so many Dutch people involved in the sport. I am looking forward immensely to my home race this coming weekend, the Dutch Grand Prix.”

On the occasion of his appointment to Officer, the Knac National Motorsport Federation (KNAF) decided to offer Max the Dutch race license number 1. “To say that this royal appointment is well deserved, is an understatement”, KNAF-president Jan de Wit said during the award ceremony. “What an achievement, what an impressive career, and what an ambassador you are for our country and our sport. We therefore thought it would be appropriate to make this small gesture.”

Partly because of his success, public interest in Formula 1 has risen strongly in The Netherlands. Last year the Dutch Grand Prix returned to Zandvoort after 36 years. Verstappen won this race and hopes to do this again this coming Sunday in front of more than one hundred thousand supporters, possibly on his way to a second world title.