Max voted Driver of the Day after victory in Zandvoort 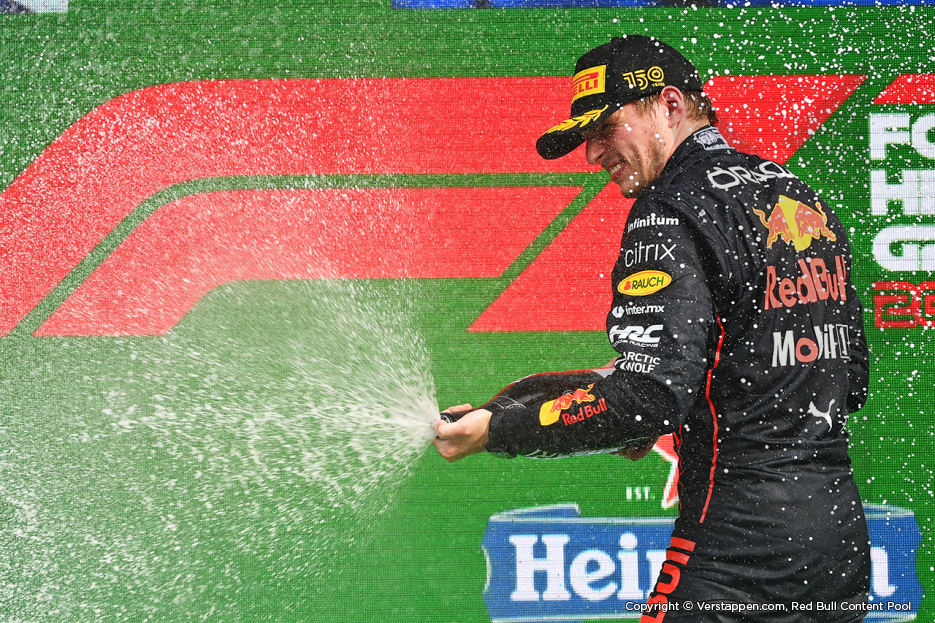 Max Verstappen was voted, for the fifth time this season, ‘Driver of the Day’ after having won the Dutch Grand Prix. During the race on Zandvoort Circuit, fans worldwide cast their votes of which the Dutchman ultimately amassed the most.

Max takes the lead from pole in front of the frantic fans. But he had to push hard to stay ahead of the Mercedes, who were on a different strategy. After an excellent Safety Car restart, Verstappen overtakes Lewis Hamilton in the final phase of the race and goes on to win.

With a four second lead on George Russel, Max was again triumphant, for the tenth time now, this season. Verstappen was also able to lay claim to the final point for fastest lap, giving him a massive lead of 109 points in the championship compared to Charles Leclerc and teammate Sergio Perez.