Horner after victory at Zandvoort: 'A fantastic team performance'

Published on 04 September 2022 by Julien Lemmen 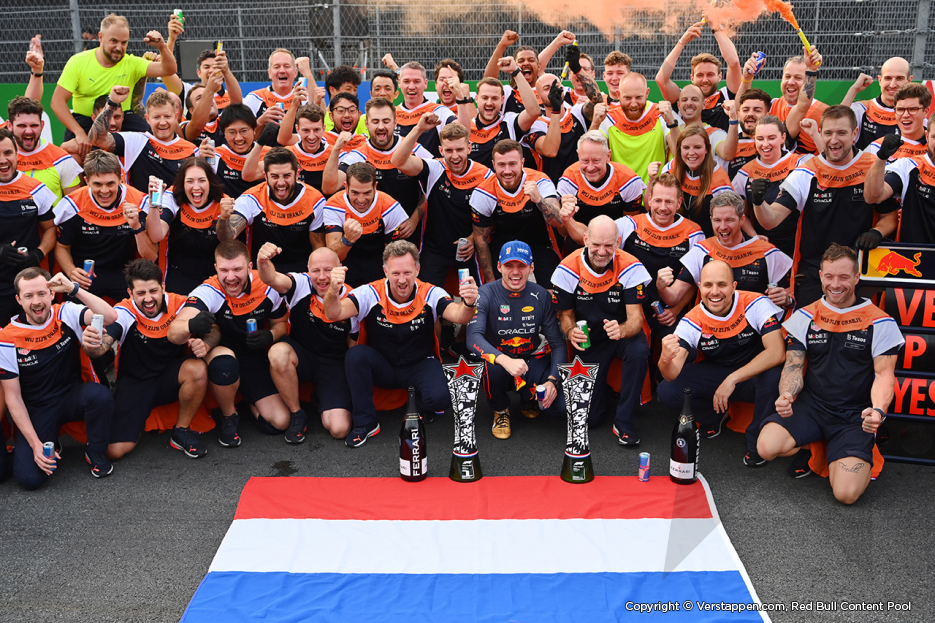 Team principal Christian Horner reflects after the race: “This was a huge race with an incredible amount of anticipation and pressure. It was also a tough race strategically. First with the virtual safety car and then of course the full safety car. To pit Max in the lead with twelve laps to go, putting him behind two Mercedes, is a big call, but it was the right one, we would prefer to be on the better tyre.”

Horner continues: “However, what you see here is only 10% of the Team, it’s what goes on behind the scenes that really makes this possible. The team is operating at an extremely high level and it’s all the support and effort that you don’t see back in Milton Keynes that makes a victory like this possible. All in all, it was a fantastic team performance, both drivers were in the zone from the moment they arrived at the track. We are in a great position and we are happy, although nothing is done until it is done. We operate one race at a time and we don’t allow ourselves to think too far ahead. It’s Monza next week, we are looking forward to it and hopefully can carry this form into that race.”