Published on 30 September 2022 by Stefan Meens 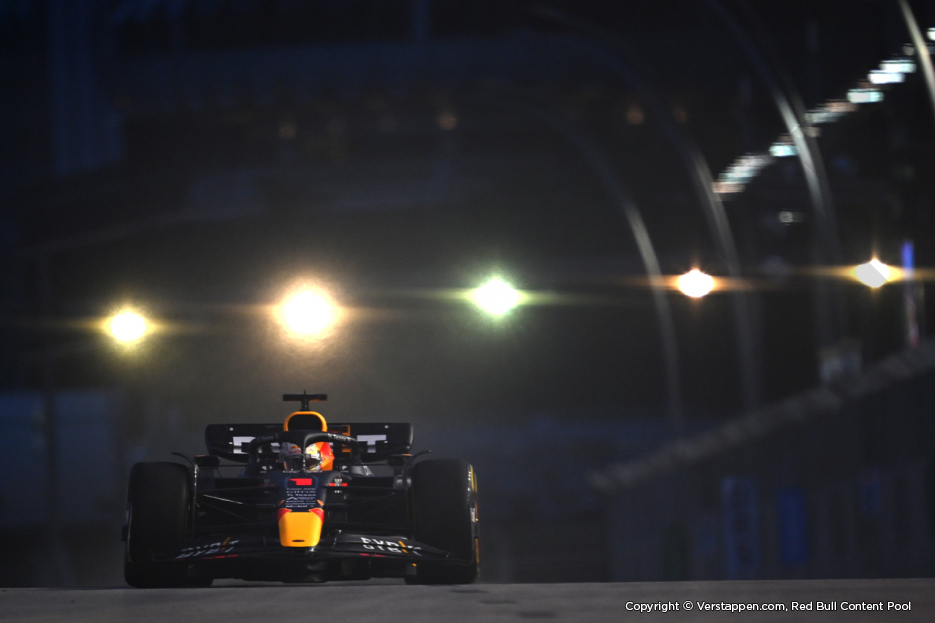 “We started well in FP1”, said Max after the final practice session of the day. “The car worked well and we wanted to try a few things for FP2, but it took a bit longer to make those adjustments. When we then wanted to change some other things, that also took longer.”

The reigning champion added: “We weren’t able to do many laps so our lap times weren’t representative. So there is room for improvement.” 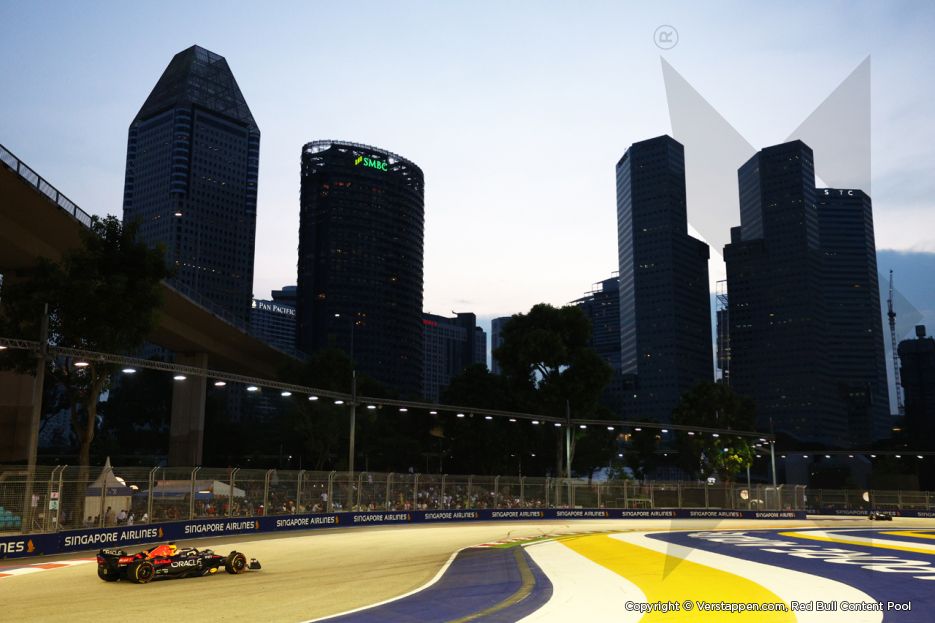 As the sun sets on Singapore, the second Friday practice session gets underway as the ambient and track temperatures drop. In the opening third of the session, both the Ferraris and Mercedes set the pace with Lewis Hamilton topping the leader boards twenty minutes in. Thus far, the Red Bulls are still in their garages.

When Max does head out, his first timed lap brings him up to P5 at the halfway point of the session. Soon after, the teams shift their focus to qualifying runs with Perez being the first of the Red Bulls on the soft Pirellis to attempt a fast lap. After a scruffy effort with several brushes with the wall, the Mexican sets the eighth quickest time before returning to the pits.

There, Pierre Gasly’s AlphaTauri has caught fire in the pitlane, but thankfully an Aston Martin mechanic quickly extinguishes the flames to prevent any serious issues.

With fifteen minutes on the clock, Max is still in the pits having only completed three laps. In the closing stages, he does venture out on the softs to clock the fourth fastest time.