Published on 13 January 2023 by Mike Motilall 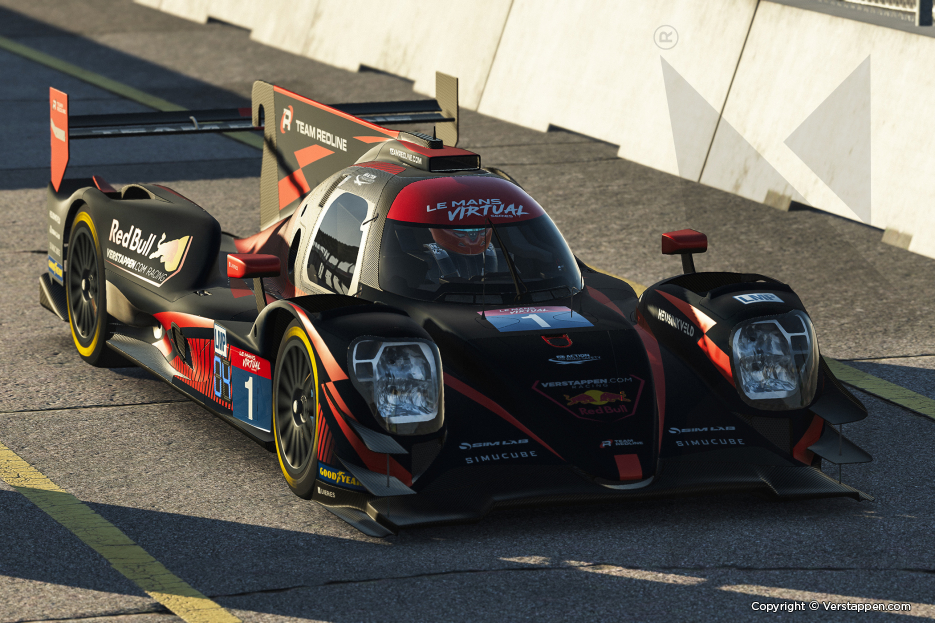 The 24 Hours of Le Mans Virtual will take place this weekend for the third time now. In the biggest sim race of the year, 45 cars are participating, divided over the LMP2-class and the GTE-class. In de LMP2 all the teams are driving with the Oreca-07 chassis, Team Redline included, with Max Verstappen in their midst. Each team consists of twee sim drivers and two real drivers. Max and Luke Browning are the two from the latter category while Jeffrey Rietveld and Diogo Pinto round out the team running with #1. On Friday evening, qualifying was scheduled and the #1 Team Redline LMP2 managed to qualify fourth fastest (3:21.537).

Qualifying started with a 30-minute lasting collective session, during which Rietveld took the fifth spot, +1.013 a drift from Porsche Coanda #20 driven by Joshua Rogers. The Australian sim driver was able to outdo the rest of the field by as much as seven tenths on the thirteen kilometre long Circuit de la Sarthe.

The top six took part in the Hyperpole, during which in a 15-minute session two flying laps could be driven. On behalf of Team Redline #1, Rietveld once again did the honours and, in an exciting session, eventually managed a fourth fastest time, closely behind of sister-car Team Redline #2. Once more Rogers was too quick for the rest of the field. This time, he stayed ahead of the other Porsche Coanda, running the number 23, by as much as two tenths.

The start of the 24 of Hours Le Mans Virtual 2023 is this Saturday at 14.00 hrs. The livestream starts at 13.15: https://www.youtube.com/live/TExafBXm6jE
There is also a livestream available via: https://livetiming.alkamelsystems.com/lmvirtualseries