Published on 06 December 2014 by Stefan Meens 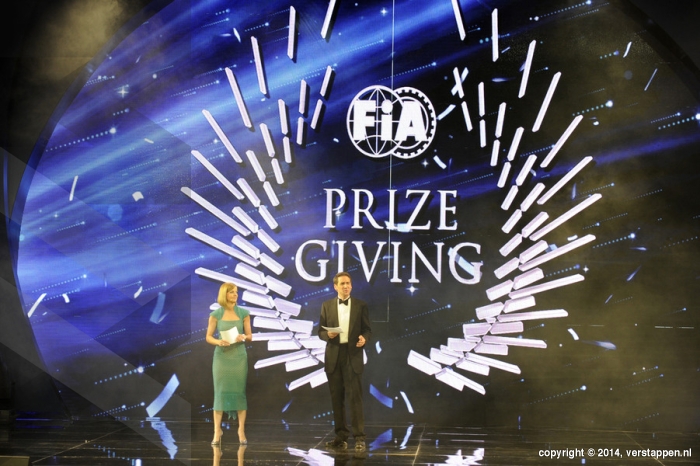 Max Verstappen was awarded the 'FIA Action of the Year Award 2014'. At the annual FIA Prize-Giving Ceremony in Doha, Qatar, the Dutchman was presented a trophy, after his manoeuvre on Antonio Giovinazzi at race 2 of the FIA Formula 3 European Championship at Imola, won him the honor. The winning overtake was decided by motor sport fans world wide, who had the option to vote, over the last few weeks.

In a thrilling duel, Max beat Giovinazzi across the line with the smallest of margins: 0.019s. Below, a video of Max' award winning overtake.