Horner after Suzuka: “A fantastic performance by both Max and Daniel”

Published on 08 October 2017 by Niels Hendrix 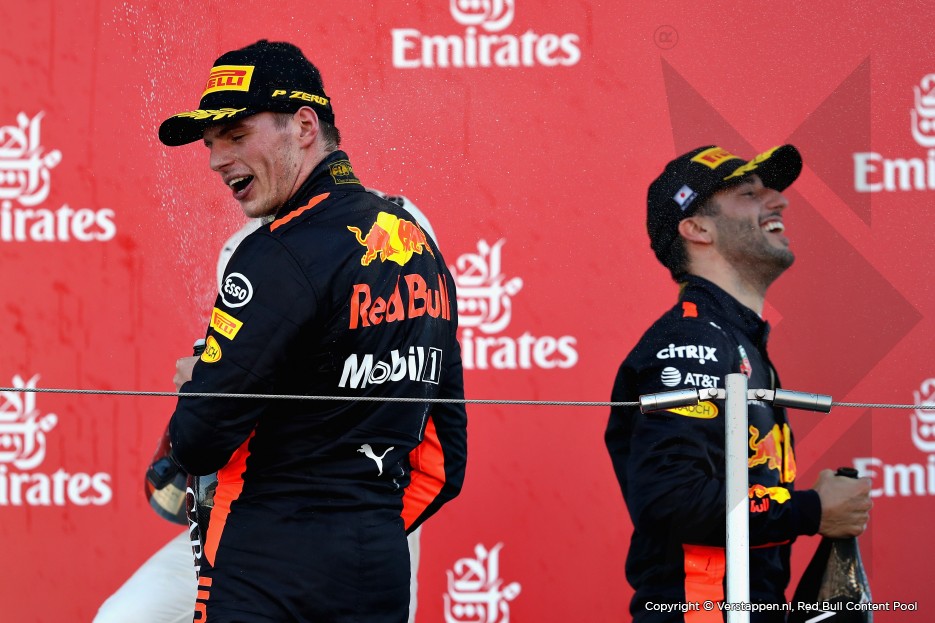 Christian Horner, team principal of Red Bull Racing, reflects on the Japanese Grand Prix, that brought a double podium: “Great drives by both Max and Daniel today. After a good start Daniel unfortunately lost out to Esteban Ocon on the first lap but made a fantastic pass around the outside of turn 1 after the safety car restart and from there onwards we looked as if we had very good pace this afternoon.”

“Max was able to stick with Lewis pretty comfortably in what turned out to be a one-stop Grand Prix. Towards the end of the race we saw a blister begin to appear on the inside of Max’s front left tyre; despite having to manage that he was still able to catch Lewis and put pressure on him. It was unfortunate that there was a back-marker on the last lap that allowed Lewis off the hook or else it might have been a very interesting finish. Nonetheless a fantastic performance by both Max and Daniel to finish second and third here in Suzuka and achieve our first back to back double podium in the hybrid era.”