Max reviews the race at Interlagos: 'Thought it was all over'

Published on 12 November 2018 by Mike Motilall 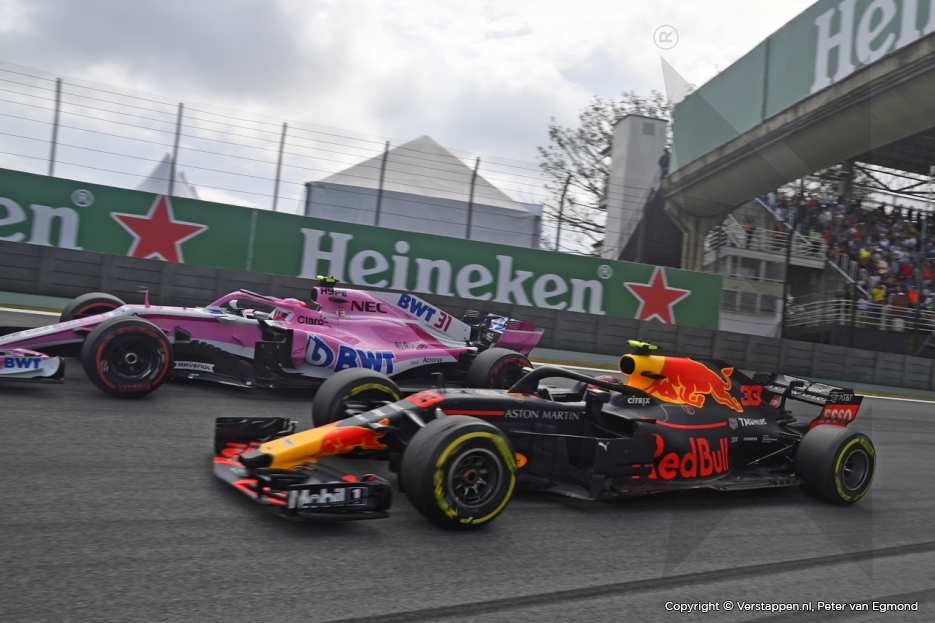 Max Verstappen came home second at the Brazilian Grand Prix yesterday. Normally a great result albeit that there had been more in store. Verstappen had a great start at the beginning of the race, overtaking both Ferrari’s and Valtteri Bottas. After a long first stint on the super-softs, the Aston Martin Red Bull Racing-driver re-emerged on track on a new set of the softs. After also overtaking Lewis Hamilton the victory was in sight. But Esteban Ocon put a spoke in the Dutchman’s wheel: the Frenchman wanted to un-lap himself but collided with Verstappen. Shattering every hope the youngster had of taking home the victory.

Verstappen looks back in the studio of Ziggo Sport’s Peptalk at the incident: “Esteban tried to overtake me while he was one lap down. If it were for first, then it could have been called a race incident. In any case, it hasn’t been often that someone’s been hit by a back marker.”

Max never saw the incident coming: “I was saving my tyres. When I overtook Hamilton, the race had practically been run already. From that moment on, you’re busy doing your own thing. All of a sudden you see him come crashing in, so I defended the inside. Then he wanted to go on the outside, but you’re not counting on that.” 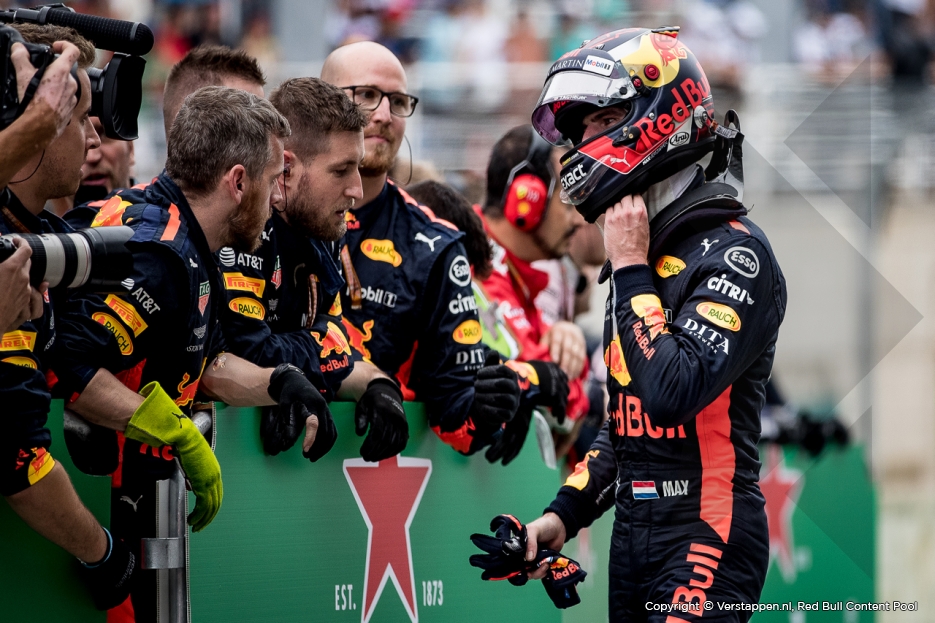 The Dutchman wouldn’t have done anything differently though: “You just don’t expect it. In hindsight it’s easy to talk about what you could have done. In the end I was driving my own race and not racing a back marker. Of course you are allowed to un-lap yourself, but don’t take any risks. This was for sure not without risks.”

Verstappen even thought he wouldn’t be able to continue on after the incident: “My floor was so severely damaged; I lost 50 points of downforce. That is huge. Normally we complain when we lose even just two or three points. I thought it was all over, eventually I was forced to lock down everything just to make sure I still had some grip, which was a far cry from ideal.”

All-in all, Max is extremely positive about the race pace of the RB14 during the race weekend in Brazil: “The car was unbelievable and even better than expected. To be able to overtake both Ferrari’s and Mercedes on track bears witness to how super everything went. We are still too slow on the straight, that’s also evident during qualifying. But we had so much more pace in the second sector, where most of the corners are, during the race, that even we were surprised on how well things were going.” 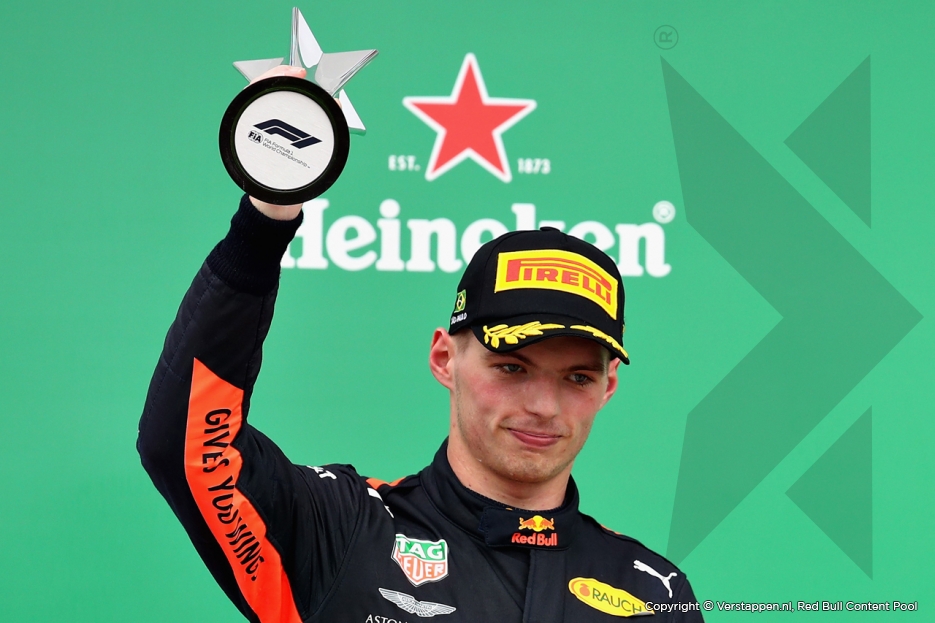 After the race, images started popping up of an altercation between Verstappen and Ocon. The Dutchman explains what exactly happened: “I just wanted to go to him an ask what was that all about. He then said with a smirk on his face that he was quicker than me. You know? I tried to remain as positive as I could be regarding my engineers. In the end it remains a lost victory. You still finish second, but when you smell the chance of winning the race, second best is first loser. It’s also not nice that when you run into Ocon after the race, he even doesn’t offer any apologies or anything.”

Despite eveything, Max remains grounded: “You can’t do anything about it anymore. I am just annoyed with the fact that I didn’t win, that still hurts the most.”

Verstappen ended up on the podium ten times already this season, a fine achievement. Does every podium feel the same? “That depends. Austin felt like a win, but Brazil like a loss. Emotions can be very different on a podium.” 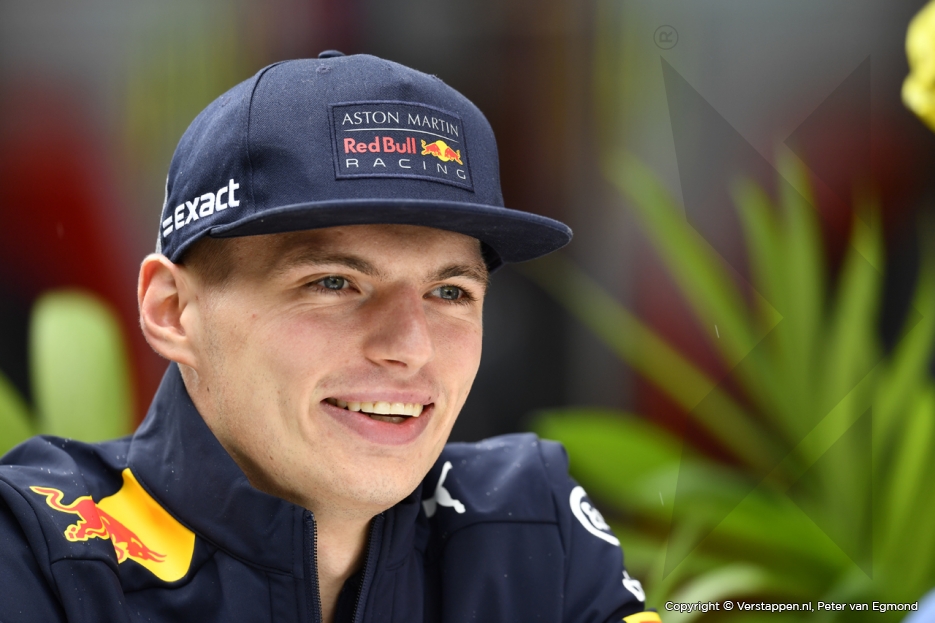 The next and final race of the season in Abu Dhabi also gets looked at. Is that race anyone’s guess all of a sudden? “Looking at Brazil you might say so, but I find it hard to gauge. We are of course always going to do our best and try to get the car set-up as well as possible. Then we’ll take it from there for the race.”

Finally, Max is asked about next year and who will be his biggest rival: “It depends on who has the best car, that’s the one to beat”, says Verstappen. “We need to wait and see. The past five years, Mercedes has won so they are the favorites. Hopefully we can slot in.”