Max qualifies in sixth in Abu Dhabi: 'Lap was not good'

Published on 24 November 2018 by Mike Motilall 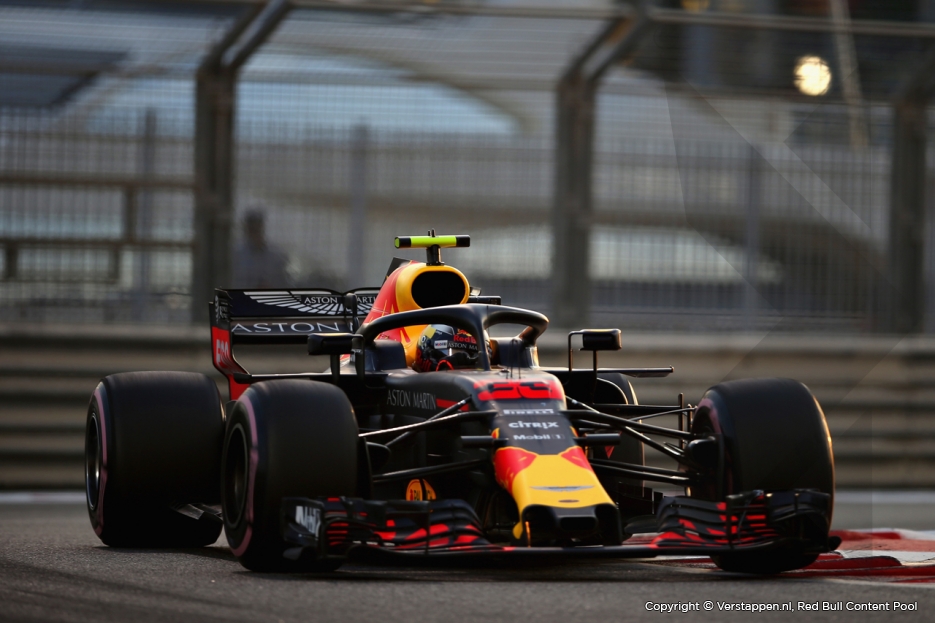 Max Verstappen will be starting the last Grand Prix of this season, in Abu Dhabi, from the third row. The Dutchman qualified disappointingly in sixth on the Yas Marina Circuit. The fastest time was set by world champion Lewis Hamilton who remained ahead of team mate Valtteri Bottas and both Ferrari’s in his Mercedes. Daniel Ricciardo came in fifth fastest in his Red Bull.

Immediately after qualifying, a disappointed Max says: “The lap was not good at all and I thought to myself, well let’s go back in. Also on the ultra-softs we were sliding around a lot in the rear. We had the same in Q3 during the first run. I said that we needed to cool the tyres but when I went back out on track they were five degrees warmer. They had already asked me what was the matter. They said that it could get better, but when I started my lap, I was sliding all around so I said, let’s call it a day.”

Looking ahead at the race, Max says: “We’ll see, I think we still have a chance but we are on the hyper-softs.” 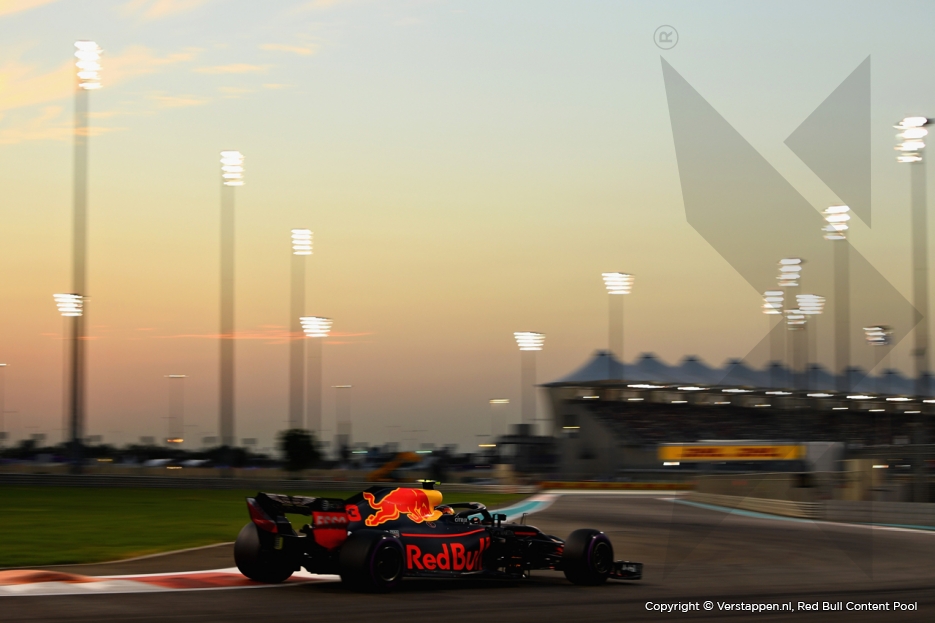 It’s 17.00 hrs local time in Abu Dhabi when the drivers get themselves ready for the first part of qualifying. Daniel Ricciardo is also present. He dropped out in the final stages of the third free practice due to water leakage. To prevent any more damage to the engine, the car shut its self down. Red Bull Racing was able to fix the problem in time.

It’s starting to get dark in Abu Dhabi when the first cars appear out on track. The temperature is still some 28 degrees and the track temperature has dropped by now to 32 degrees, 11 degrees cooler than during the third free practice. Red Bull Racing, Renault and Haas stay in for quite some time. After his first run, we see Max in fifth behind both Ferrari’s, Hamilton and team mate Ricciardo.

With still five minutes to go, both Williams drivers, Stoffel Vandoorne, Marcus Ericsson and Kevin Magnussen are in the knock out zone. Mercedes opts to do a second run while Red Bull and Ferrari remain inside. When the flag drops, Brendon Hartley, Pierre Gasly, Vandoorne, Sergey Sirotkin and Lance Stroll are out for the count. This means Vandoorne loses the internal qualifying battle with Fernando Alonso with 21-0.

At the start of Q2, we see Bottas, Hamilton, Vettel, Raikkonen, Ricciardo, Ocon and Perez head out on the ultra-softs. Max takes his time to head out but eventually takes to the track on the ultra’s. When the smoke has cleared from the first run, Max is disappointingly tenth and will need to go around the circuit one more time. 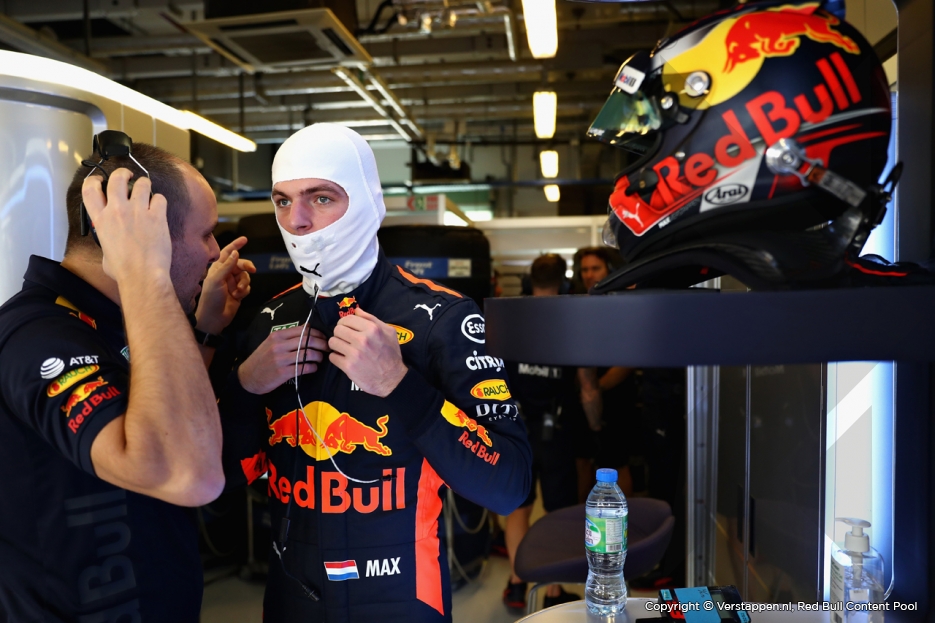 For his second attempt, Max heads out on a set of the hyper-softs. In order to avoid traffic, he heads out very late. The moment Ocon moves up to P8, Max is out of the top-ten. His second run puts him eventually in second and with that he is the only driver from the top teams who will be starting the race on the hyper-softs tomorrow. Carlos Sainz, Ericsson, Magnussen, Sergio Perez and Alonso all fail to make it to the next round and can hit the shower.

At the start of Q3, Max is one of the lasts to head out on track. Only the Ferrari’s are still inside. After the first run, the order is as follows: Hamilton – Vettel – Bottas – Ricciardo – Raikkonen – Max. The entire top-6 is all within three tenths of each other.

For the final run, everyone heads out on a new set of the hyper-softs. Max aborts his run and remains sixth, while Hamilton grabs pole position. Bottas is ultimately still able to make little work of Vettel while Raikkonen outdoes Ricciardo. Final score: Hamilton – Bottas – Vettel – Raikkonen – Ricciardo – Max.