Max ends 2018 with podium in Abu Dhabi: 'Not an easy race, but very happy'

Published on 25 November 2018 by Raymond Snip 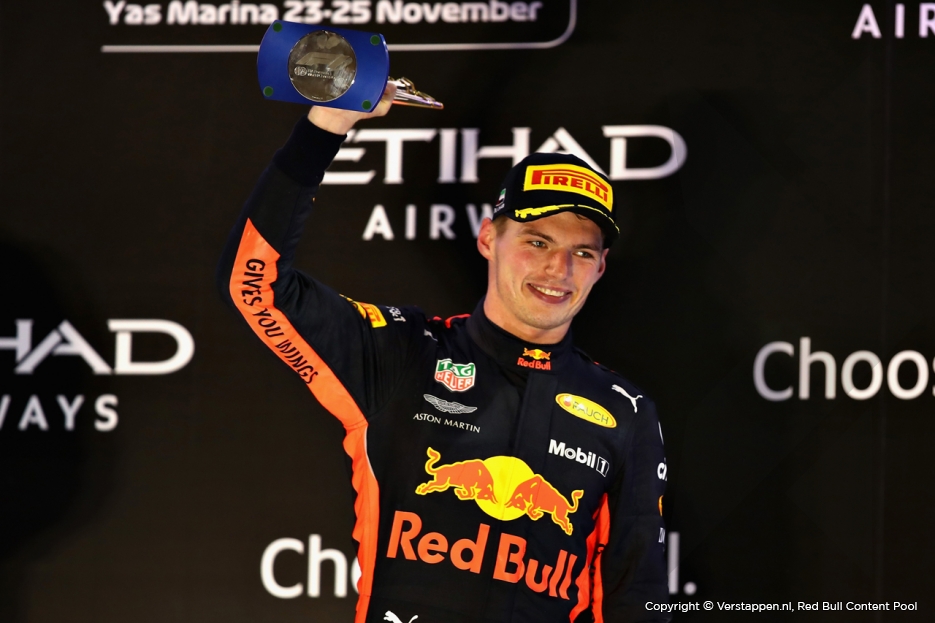 Max Verstappen ended the final race of 2018 with a great podium finish, in a Grand Prix that was won by an unchallenged Lewis Hamilton (Mercedes). Sebastian Vettel took second place for Ferrari and Daniel Ricciardo, who raced his final race for Aston Martin Red Bull Racing, finished fourth.

After a difficult start of the race, in which Verstappen initially dropped back, Max managed to recover strongly and thanks to a great race pace and nice overtaking manoeuvres was able to fight his way onto the podium, his fifth in a row.

Max said: "It was not an easy race. I had a problem at the start: The launch was good, but my engine went into a safety program and I had it again during the restart. It was not easy, but we managed to come back to a good position and put some pressure on the guys ahead. Our pit stop was quite early, but I had to because I had started on the hypersoft tyres. We managed to keep the supersofts alive and I had a good pace. The last few laps were not that easy, because I had a Toro Rosso in front leaking oil onto my helmet, so I could not really see well but in the end, I am very happy with third place!” 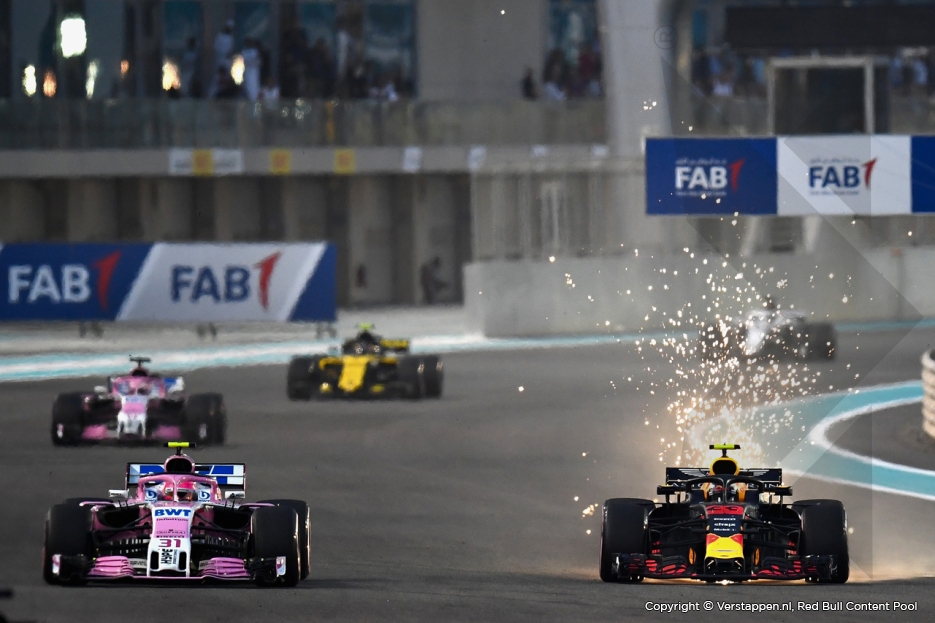 Starting from sixth, Max loses three spots. When the lights go out, the Dutchman initially gets away well on his hypersofts, but his engine stalls briefly. His racing engineer later explains that the power unit has unexpectedly entered a safe mode, after which the team switches off the sensors that caused it.

While the top four maintains their position at the start, things go wrong for Nico Hulkenberg in the first lap. The Renault is hit on his right rear wheel by Romain Grosjean in his Haas, after which the German flips over one and a half times. The Renault ends upside down in the tyre barrier and a small fire ignites, which is quickly put out. While the safety car is leading the field, Hulkenberg is able to leave his cockpit unharmed.

Hamilton and Bottas lead for Mercedes, with Ferrari (Vettel and Raikkonen) following. Charles Leclerc is fifth in the early stages, ahead of Ricciardo, Grosjean and Ocon. When the safety car leaves the track, Max overtakes the Frenchman, but Esteban Ocon counters. Also Racing Point Force India driver Sergio Perez passes the Dutchman, although only briefly.

In lap six, Max finally settles the fight with Ocon and after passing creates a gap. After Kimi Raikkonen has to stop his Ferrari with technical problems, the Aston Martin Red Bull Racing driver is seventh.

The first pit stops take place: Hamilton, Leclerc and Grosjean are the first to switch to supersofts. After his stop, The British World Champion makes an attempt to overtake Verstappen, but Max manages to keep the Mercedes behind. He then gets on the rear of teammate Ricciardo, who runs on ultrasoft tyres. 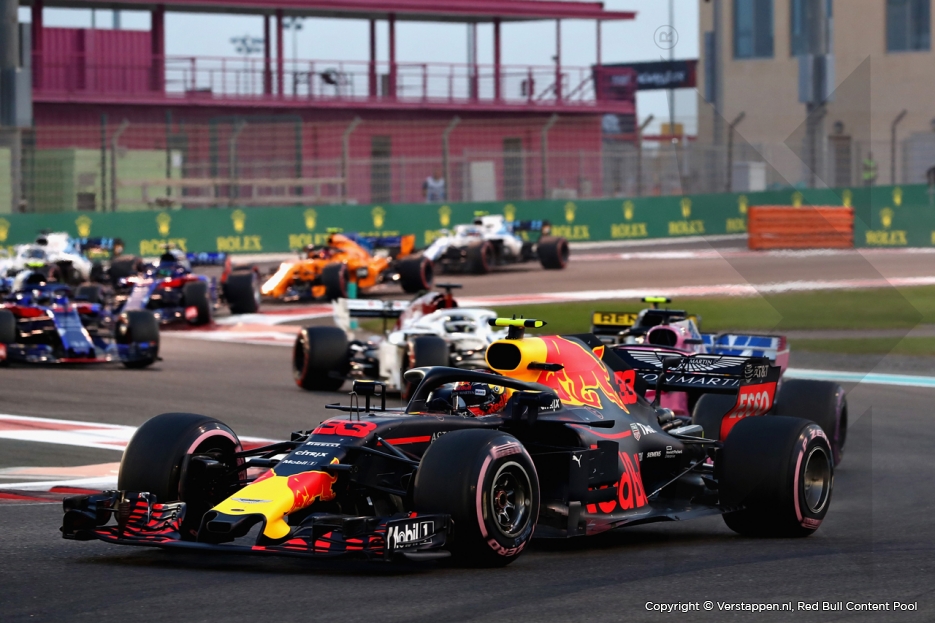 Vettel and Bottas also make their pit stop, after which the Red Bull Racing duo are the only ones of the top teams having to stop. Verstappen goes first, in lap nineteen, after which he continues in fifth place. Ricciardo then leads the race, in front of Hamilton, Bottas and Vettel.

In lap 34 Ricciardo comes in, also for a fresh set of supersofts. The Australian continues his race in fifth, behind Verstappen. Two laps later Bottas faces brake issues, after which Vettel seizes his chance and takes over the second place. Max is able to connect and hunts the Fin down.

Bottas shoots straight into the first chicane and therefore manages to stay ahead of Max. Because of this fight, Ricciardo closes in on the Dutchman. After a fight with Bottas where the two have a slight scuffle, Verstappen overtakes the Mercedes in lap 38. Ricciardo passes the Mercedes a lap later.

Hamilton continues to lead the field unchallenged. Vettel follows at a slight distance, with Verstappen and Riccardio in third and fourth. Bottas makes a second stop, switches to ultrasoft, and stays fifth.

Max finishes the final Grand Prix of the season on the podium, his eleventh of the year. The 21-year-old Dutchman collected 249 points in 2018 and finishes fourth in the drivers' championship.