Christian Horner: 'Third and fourth is a strong way to finish the season'

Published on 25 November 2018 by Johan Peeters 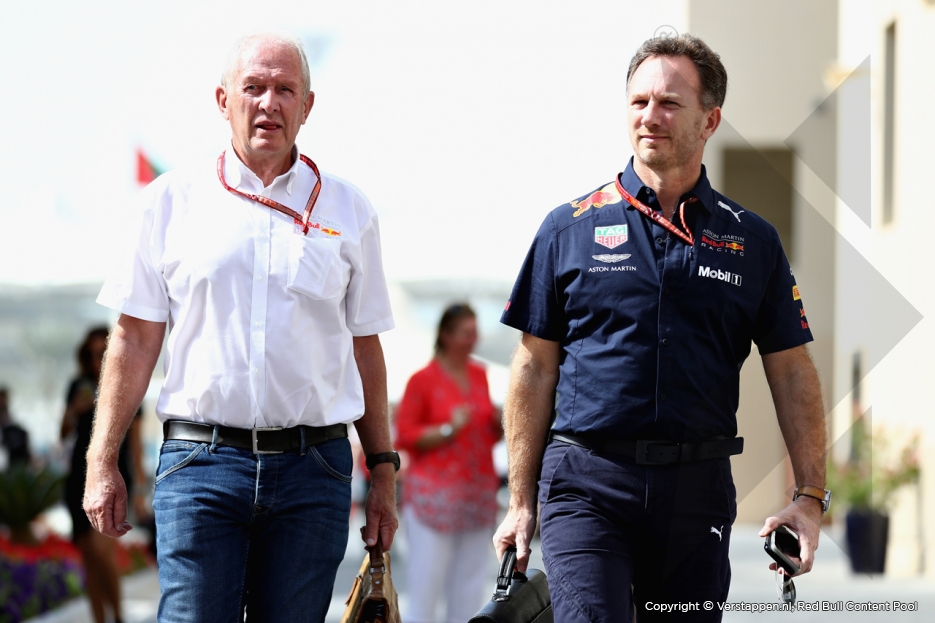 Christian Horner, team principal of Red Bull Racing says after the race in Abu Dhabi: “Third and fourth is a strong way to finish the season. Max recovered after his engine went into safety mode after getting very warm at the start of the race and fought his way back into position. Fortunately Hülkenberg wasn’t injured in what looked like a nasty accident that brought out the safety car and thereafter both drivers had strong pace. Daniel started on the harder tyre and was able to lead the race for 14 laps and then rejoined behind Max who was then able to pass Bottas and looked like he had very similar pace to Sebastian and Lewis ahead. Daniel was initially able to use the benefit of his new tyres and was able to close up, but unfortunately couldn’t capitalize to be on the podium today.”

“This race signals the end of five years with Daniel and we’re sorry to see him leave. He’s been a fantastic member of our team and we want to thank him for all that he has contributed. It also brings the end to our relationship with Renault, 59 victories 160 podiums and 8 world championships – it’s been a long and successful partnership. But as one chapter closes, another one opens and we’re already excited about 2019. It’s been a great performance by the team all season and I’m delighted that the pit stop crew won the DHL Fastest Pit Stop Award.”