Performance coach Brad Scanes: 'Max is in the best shape of his life'

Brad Scanes is Max Verstappen’s performance coach and is at every Grand Prix to make sure Max is in optimal shape to perform during the race weekend. Brad joined Talking Bull, Red Bull Racing’s podcast, to chat about his role.

What, in a nutshell, do you do during a Grand Prix weekend? “I’ll take care of Max’ warm-up and racing gear and make sure he is at the right spot at the right time. I started as a physio, so I can always help if there are little aches and pains”, explains Brad who knows Max pretty well now. “Yes, my wife will say I spend more time with Max than with her. But it’s going well in our marriage”, laughs Brad. 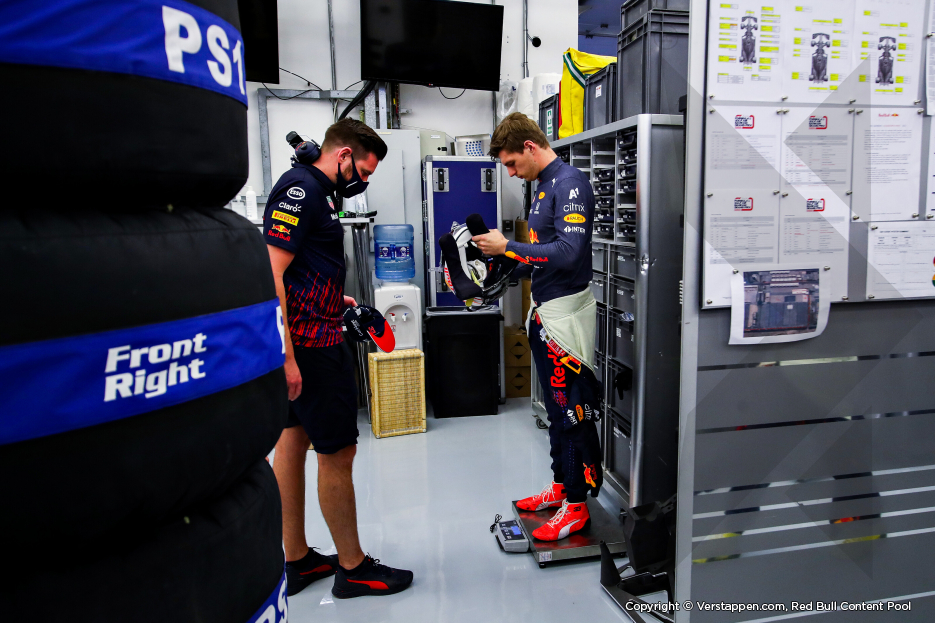 With the first race done and dusted, how well prepared is Max for his 2021 season? “The covid-19 lockdown meant that Max travelled less and had fewer media and marketing responsibilities. It meant we had a good amount of time to train ahead of the season. In previous years, that probably wouldn’t have been possible, so I think Max is in the best shape of his life.”

The Englishman continues: “We put the most work in before the season starts. As soon as we’re done with the first race, it’s all about maintaining fitness. In between back-to-back races there won’t be much training, instead it’s about recovery and being fit for the next event.”

The training schedule during pre-season is intense: “For about six or seven weeks, he has six sessions a week. Some days have two sessions, others one, combined with a day off.”

Is there a particular focus for a Formula 1 driver in his training regime? “It’s not about one type of approach. It’s about variety to make sure he’s done enough cardiovascular training, he has a strong enough core, torso and neck as well as needing intensity training to prepare for the spikes in heart rate during the start of a race or during overtakes.” 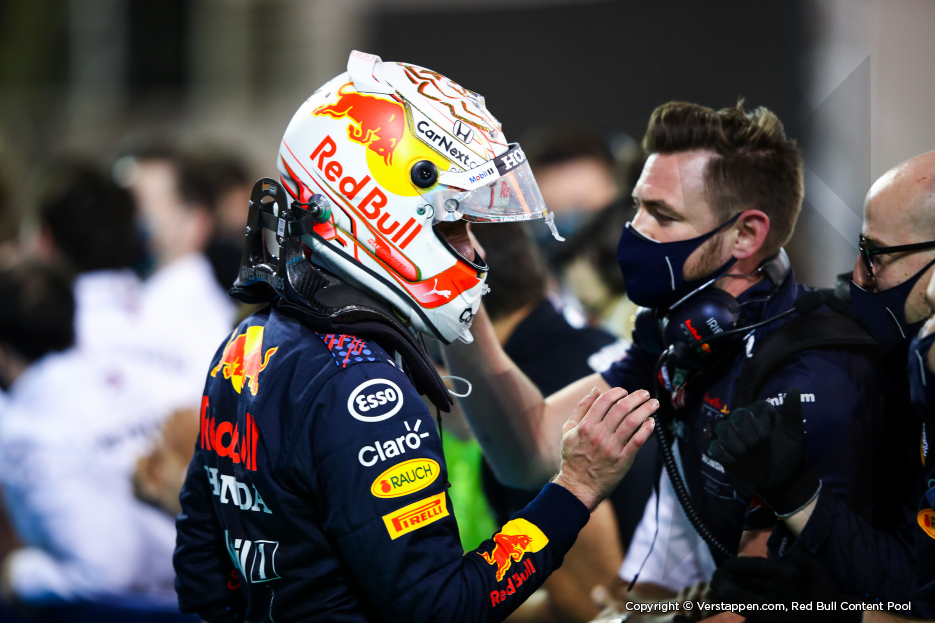 An important part of a driver’s body is his neck, which endures up to 6 g-forces in corners. An average head weighs 5kg plus a helmet of 2kg means that a 5 to 6g corner will result in the driver’s head being pushed to one side by forces between 35 and 42kg. Brad: “Drivers have to be prepared for that. The best training is driving but that’s not possible in the off-season. That’s why we use a machine with elastic bands that can create forces from every angle. We also do neck-plank exercises whereby Max puts his head on a chair to support his full body weight. That is really tough. I’ve tried it myself and had a sore neck for a week, but Max doesn’t have any problems.”

Can you gain lap time when you are really fit? “It is really important to be in good shape. If not, it can cost you lap time on track. You have to have a certain level of fitness, otherwise your performance will drop. If in the final laps of a race you are getting fatigued, it can affect you mentally, which can have consequences.”

What are Max’ favourite exercises? Brad: “Max doesn’t really have favourites. Training isn’t his biggest hobby, that’s driving a car. But he knows that he has to, and Max is very disciplined. If he has to choose, he’d prefer going for a run and working with weights on his balcony.”