Max Verstappen second in Monaco qualifying: 'Shame we had a red flag' 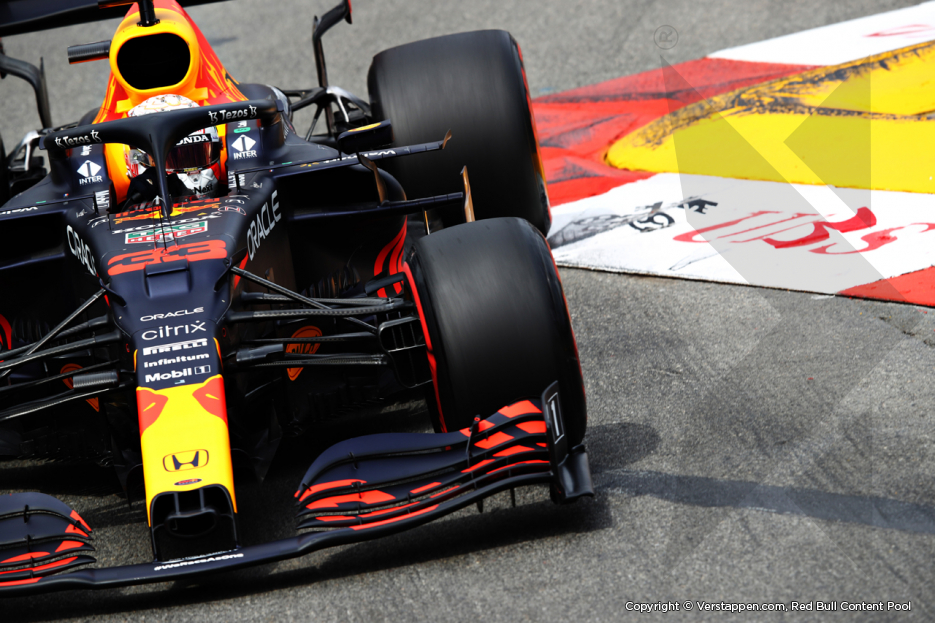 Max Verstappen qualified second fastest for the Monaco Grand Prix. In the closing stages of Q3, the Dutchman appeared to be on course to improve the time he had previously set, but Charles Leclerc crashing out, put a spoke in his wheel. The Ferrari-driver was at that time also the fastest driver on track, putting him on pole for the race tomorrow. Valtteri Bottas rounded out the top three, while team mate Lewis Hamilton ended up only seventh fastest.

“It was unfortunate of course with the red flag”, says Verstappen after the qualifying session. “I felt very comfortable qualifying, building up to it. We basically planned it out that the third lap would be the fastest. It was all going really well but the red flag ruined a chance for the pole. So far it’s a very good weekend. We recovered well from Thursday.”

Max is happy with the progress the team has made after the first two free practices: “Everyone in the factory and the people here on the track as well have done an excellent job in giving me the car that I very much wanted. Thursday we were quite far off the pace and I never expected that. Luckily we found the speed back again today. It was a fun qualifying.”

With a front row position and Hamilton in seventh, there is a good chance to score massive points tomorrow. Albeit said that those are only earned tomorrow: “It’s always important to score a lot and be ahead of your competitors as much as possible. Today went well but we need to finish it tomorrow”, says the Dutchman. 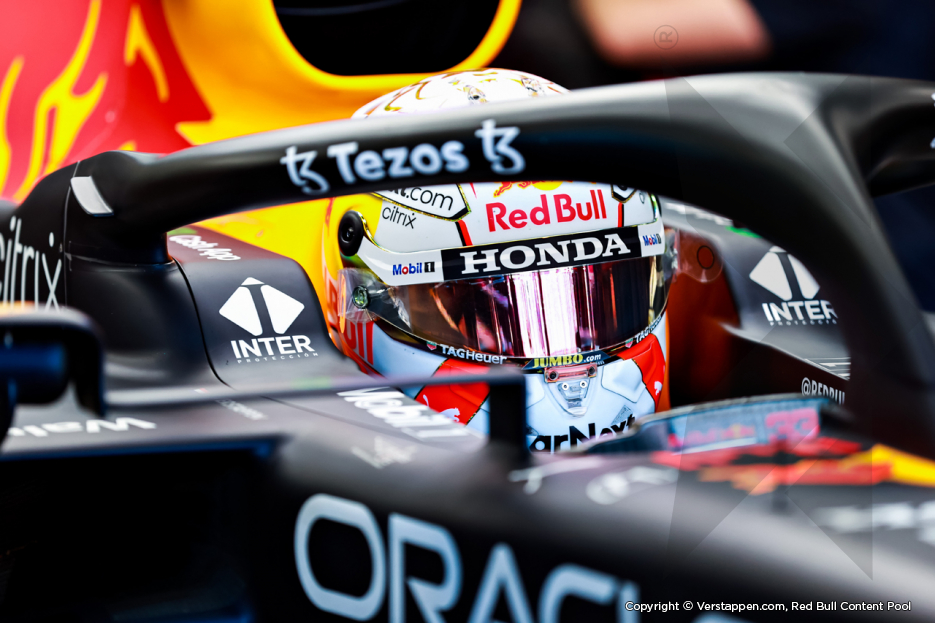 It’s 15.00 hrs. when it’s lights out at the end of the pit lane and qualifying is about to get underway. Quite rapidly all the drivers venture out on track. Max Verstappen puts a 1:12.987 on the clock in his first run, at that moment good enough for second place. A new effort sees the Red Bull Racing-driver shave off some three tenths off of his time. Not much later Verstappen gives it another go and takes the lead with a 1:11.124 before returning to the pits. Valtteri Bottas and Charles Leclerc manage to better that time, as a consequence the Dutchman makes it to Q2 in third.

Yuki Tsunoda, Fernando Alonso, Nicholas Latifi, Nikita Mazepin and Mick Schumacher fail to progress to the second part of qualifying and are sent to the showers. The latter never even made it to qualifying after having crashed out in the third free practice.

After the first runs in the second part of qualifying, Max is third fastest, between both Ferraris and Mercedes. The Dutchman manages, not much later, to better his time to a 1:10.650 which earns him P1. The gap to Carlos Sainz in second place is a tenth-and-a-half. After a short visit to the pits, Verstappen rejoins on a new set of softs but is unable to do anything to his time. Despite that and after Charles Leclerc manages to top the board once more, he moves on to the final part of qualifying in second place. Esteban Ocon, Daniel Ricciardo, Lance Stroll, Kimi Räikkönen and George Russell don’t make the cut and miss out on a spot in the top ten. 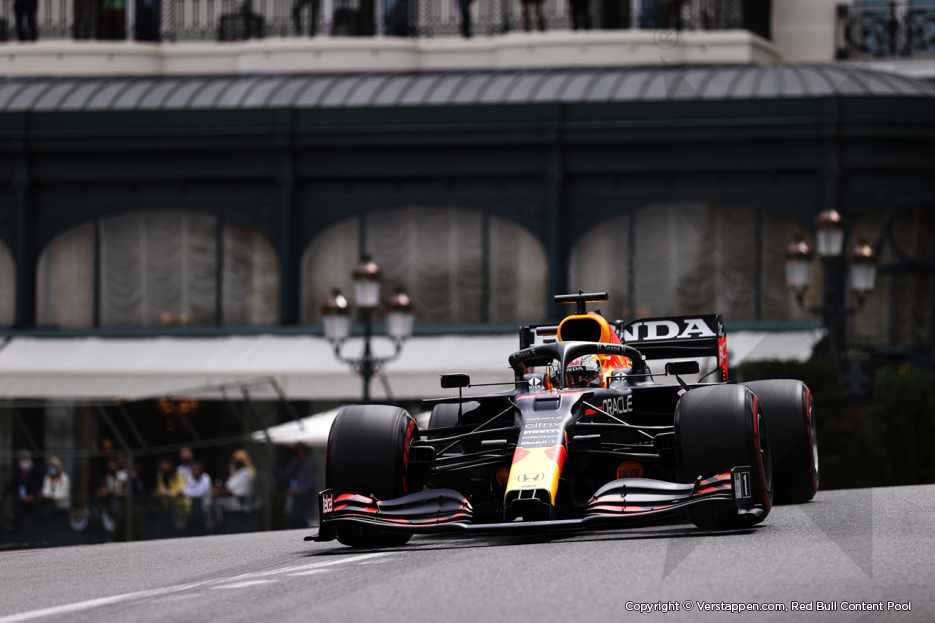 Q3 gets underway and the fight for pole begins. Max opens with a 1:10.576, but Leclerc beats the Dutchman’s time moments later by two tenths. Behind Verstappen, Valtteri Bottas, Carlos Sainz, Lando Norris and Pierre Gasly round out the top six for the time being.

With still five minutes to go, Verstappen ventures out once more. During his final run he appears to be building up to better the time he had set earlier, when all of a sudden we see Charles Leclerc in the barriers. This means the session is over and with that also Max’ chance to better his time and the chance for another pole. Pole goes to Charles Leclerc, his last one was for the 2019 Mexican Grand Prix. Valtteri Bottas, Carlos Sainz, Lando Norris and Pierre Gasly round out the top six. The best Lewis Hamilton can do is seventh fastest. This puts Verstappen in a good position to do something about the points deficit he has compared to the seven-time world champion.