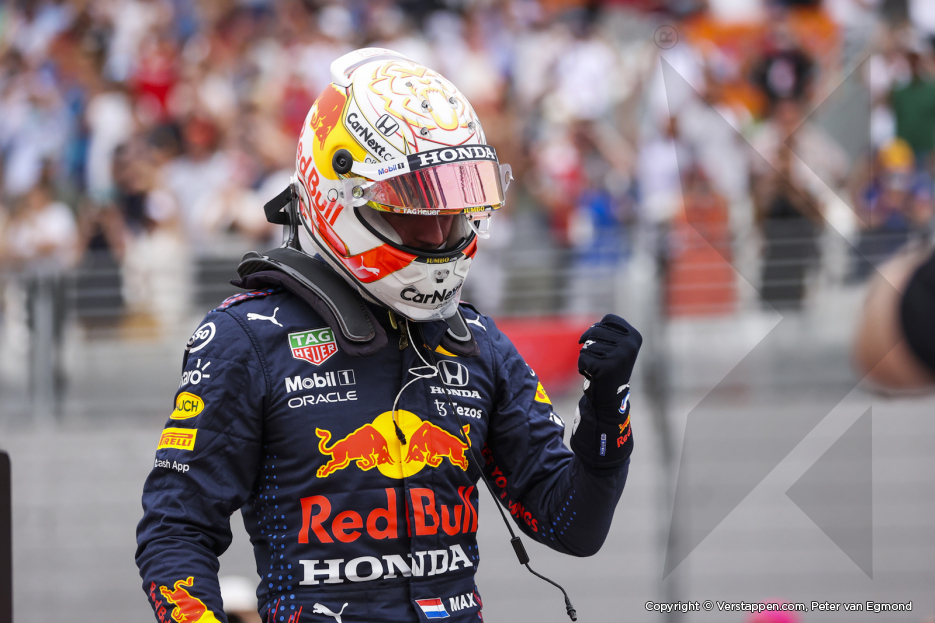 Max Verstappen was voted ‘Driver of the Day’ for the first time this season after a hard-won victory of the French Grand Prix. Fans worldwide casted their votes during the race on Paul Ricard of which the Dutchman amassed the most.

The Red Bull Racing driver started the race after a thrilling qualifying from pole, but went wide just after the start, and lost the lead of the race. But undercut Hamilton in his first pitstop, after which the Dutchman regained the lead. There was a lot of pressure from both Mercedes drivers and Max choose to make a second pitstop, in contrast to his competitors.

In the final phase of the race Max had to catch up, after overtaking Sergio Perez, he also overtook Valtteri Bottas. In the penultimate lap it was Hamilton’s turn to be overtaken, with Verstappen taking the victory.

Besides taking pole position, the fastest lap and winning his thirteenth victory, Max was also voted Driver of the Day.