Jos Verstappen on win Max: 'This way the victory is even nicer' 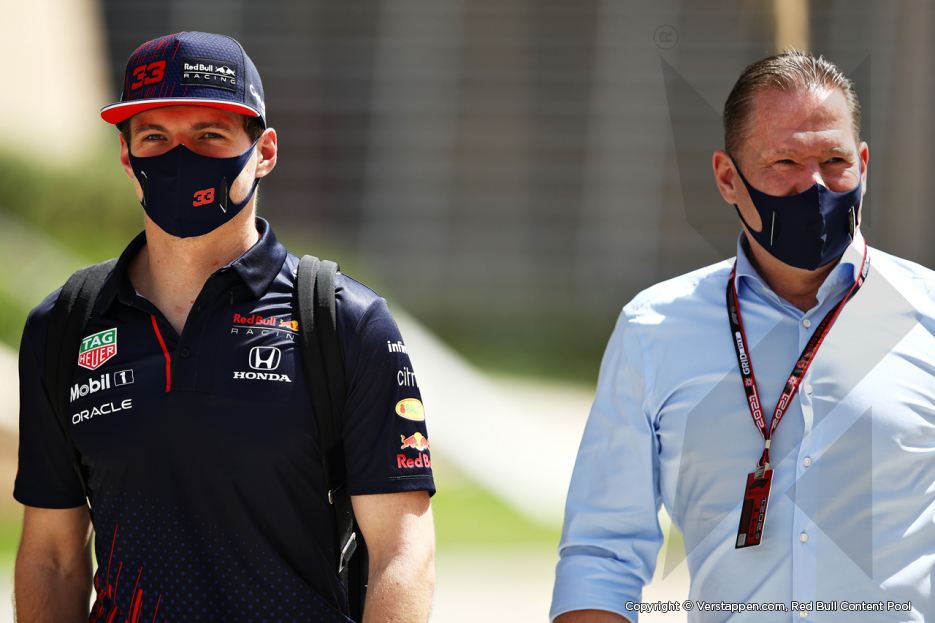 Max Verstappen scored a magnificent victory during the French Grand Prix by overtaking Lewis Hamilton in the penultimate lap, after a strategic masterstroke by Red Bull Racing. Father Jos Verstappen was present at the Paul Ricard circuit to see his son win.

After the race a proud father Jos says: “For me it was a little too exciting. My heart was pounding. For a father this is not the nicest race there is. It is best when he just drives away 20 seconds and wins, but this way the victory is even nicer as things turn out well. At a certain moment I did not think it was going to work out. The gap stayed around five seconds up to four laps to the end. But then it happened. Lewis Hamilton had no front tyres left and that worked out well for us.”

Because Max made his first stop a lap sooner than Hamilton, the Dutchman was able to make up the three seconds gap in a blistering out lap, which was enough to take the lead from Hamilton when the Brit exited the pitlane. Jos says: “Max’ stop was okay. His second sector was good, but his last sector was one and a half seconds faster than before. When Max saw Lewis come out of the pits, he used the maximum of electrical energy and just came in front.”

Jos continues: “Then you saw Lewis driving behind Max. The Mercedes could stay relatively easy in the slipstream, but then they lose downforce and he dropped back a bit when his front tyres started to go. And that is where the danger is. They could make a second pitstop as we saw in Barcelona. But this time Red Bull responded well with a second pitstop for Max.”

Jos enjoys the success of his son to the fullest and also sees that the battle between Max and Lewis is important for the Formula 1: “For years you almost knew who was going to win and then viewers drop out. When you see this, I think it is one of the most thrilling seasons in the last 20 years and we have to cherish that. It is great to see the battle between Max and Lewis and Red Bull and Mercedes. I just hope that it will come our way”, concludes Jos.