Max Verstappen on pole for Austrian GP: 'Hopefully finish it off tomorrow' 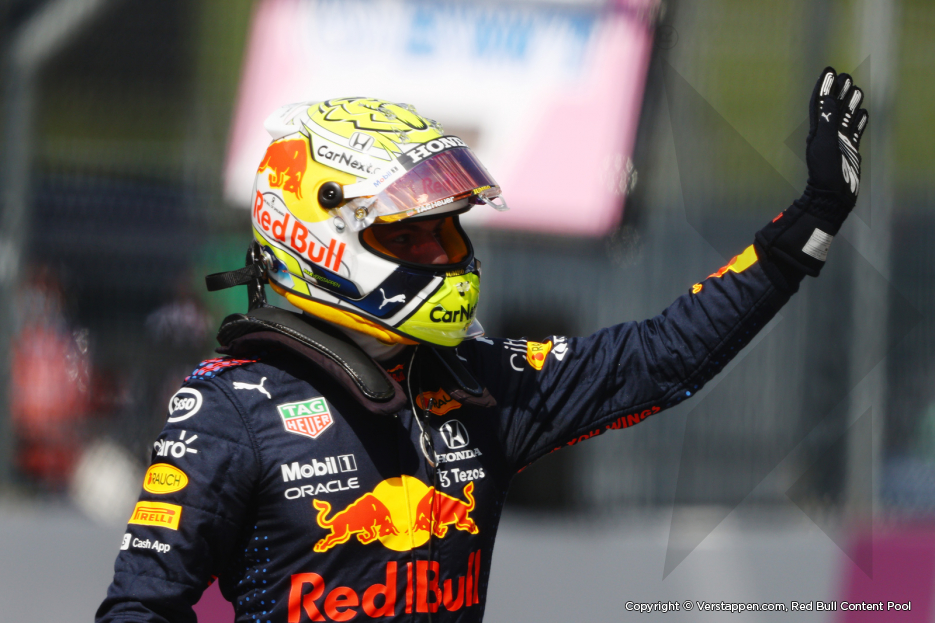 Max Verstappen took pole, for the third time in a row, after qualifying for the Austrian Grand Prix. The Dutchman did a 1:03.720 in the third part of qualifying, keeping a surprising Lando Norris barely behind him. Sergio Pérez did well by out qualifying both Mercedes, Lewis Hamilton in P4 and Valtteri Bottas P5.

“I think Q3 was pretty bad”, says Verstappen after qualifying. “I am of course happy to be first but not the way how. Something we need to look into. Despite that to be twice on pole here is very good and hopefully we can finish it off tomorrow.”

The Red Bull Racing-driver takes us back to the start of qualifying: “Q1 and Q2 went very well. Everything went smooth and the lap times were quick enough.” The third part of qualifying didn’t go as smoothly as he would have liked it to be: “During my first lap in Q3 I locked up entering Turn three, so that wasn’t great. During my second run I was the first to head out on track, so I lost a lot of time on the straights. This meant I was not able to better my time. It was still good enough for pole but I would have rather had a better final part of qualifying.”

Looking ahead to the race tomorrow, Verstappen says: “The compound is softer compared to last week so it will be tough to manage those in the race. Besides that we’ll just try to focus on our own race, we’ll try to win it. But it’s never as straight forward, so we’ll see.”

This weekend for the first time there is a great many fans present on the grand stands, of which the majority is cheering Max on: “It was very nice to see all the cheering fans. Even before qualifying started, they were dancing and jumping. Hopefully we can give them a nice race tomorrow”, the Dutchman concludes. 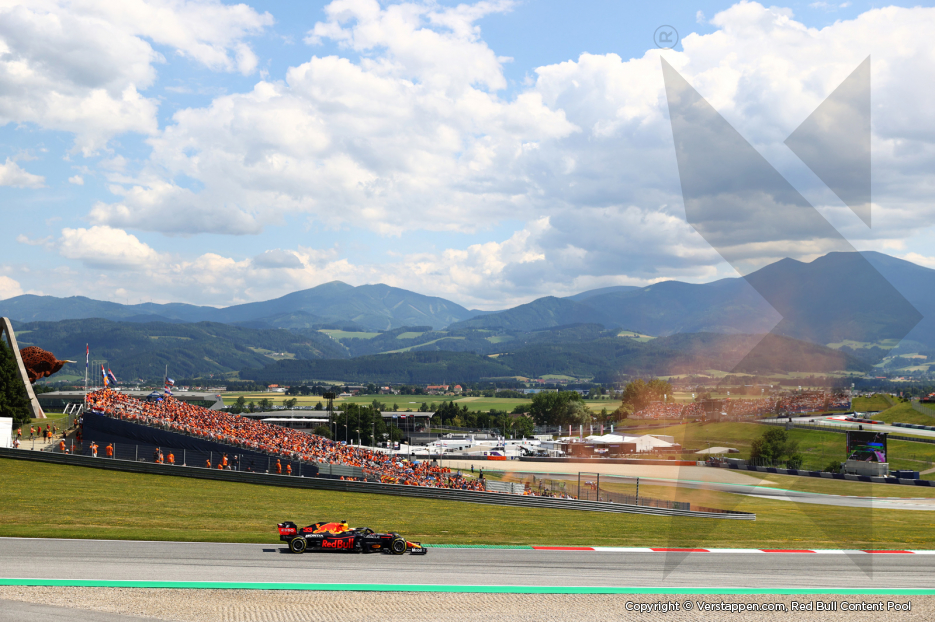 At the start of qualifying the temperature has reached well over twenty-five degrees. The Haas-drivers are the first ones on the asphalt to do their first lap. Max Verstappen follows suit not much later and heads out on track with the crowd cheering him on. On his first and only timed lap the Red Bull Racing-driver does a 1:04.249 on the softs.

Verstappen progresses to the second part of qualifying as the fastest one after the final seconds tick away. He is followed by Lando Norris, Fernando Alonso and both Mercedes. Kimi Räikkönen, Esteban Ocon, Nicholas Latifi, Mick Schumacher and Nikita Mazepin are the first five drivers sent to the showers.

Sergio Pérez immediately heads out on track at the start of Q2. The Mexican does a 1:04.554 on a set of mediums before returning back to the pits. Max betters his time moments later by three tenths and takes the lead with a 1:04.208. Lando Norris, Sergio Pérez, Sebastian Vettel, Lewis Hamilton and Lance Stroll are by then the top six.

On his second run, Max is able to improve and even dive under the 1:04’s. With a lead of three tenths over Lewis Hamilton, the Dutchman is once more the quickest and moves on to the final part of qualifying. George Russell surprises friend and foe by planting his Williams on the tenth spot and will start the race tomorrow on the mediums just like Lando Norris and both Red Bull- and Mercedes drivers. Carlos Sainz, Charles Leclerc, Daniel Ricciardo, Fernando Alonso and Antonio Giovinazzi fall short for a place in the top ten and form the second group of drivers that need to leave the battlefield.

After this, it’s time for Q3 and the battle for pole position. Verstappen clocks a 1:03.720 on his first run giving him the provisional pole with an advantage of two tenths. Lando Norris surprisingly slots in in second place, ahead of both Mercedes. Sergio Pérez and Pierre Gasly complete the top six at that moment in time.

On his final run, Max falls a bit short to better his time but it proves to be just enough to secure pole for the third time in a row. Lando Norris does well for McLaren by coming in second fastest and just half a tenth up on Verstappen. Sergio Pérez slots in in P3 and keeps Lewis Hamilton (P4), Valtteri Bottas (P5) and Pierre Gasly (P6) at bay.