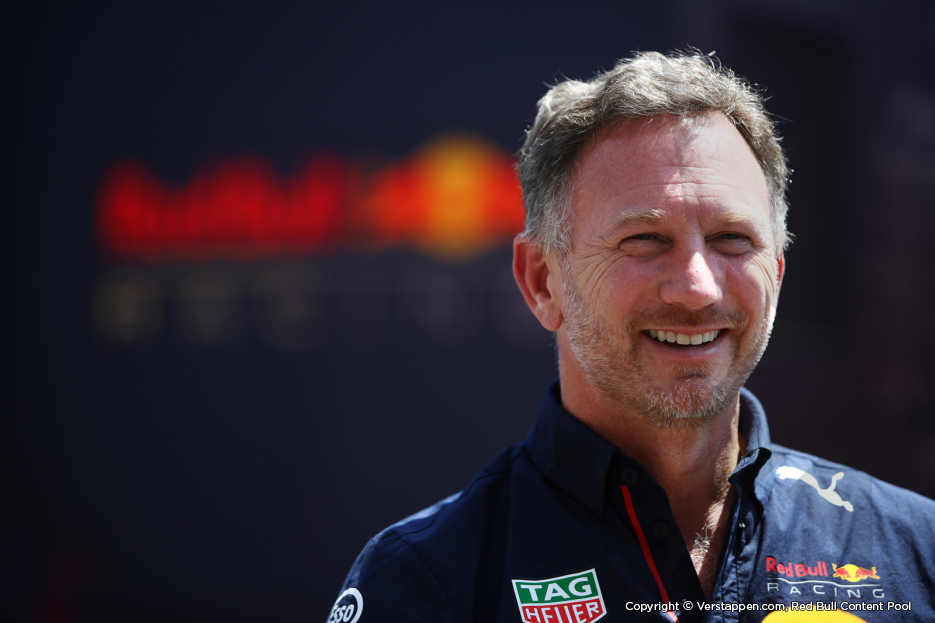 Christian Horner, team principal of Red Bull Racing, reflects after today’s qualifying session for the Austrian Grand Prix: “Today was a great team performance. It’s our first triple pole since 2013 and Max’s first, plus it's great to have Checo up there in P3 giving us a great chance with both cars tomorrow.”

“Max is always looking for that little bit extra and he was frustrated as he felt there was more in the car in Q3. He had a slight lock-up on the first run so we wanted to give him clean air for the second which meant he ended up at the front of the queue, creating a hole in the air that gave Lando behind him a slight tow making the margin very small, but nonetheless a phenomenal performance once again from him. It was clear that we wanted to get both cars through on the medium tyre which is what we achieved, so let’s see what the weather brings tomorrow with the colder temperatures and threat of rain. The tyres are also a step softer so there will be a lot of discussion tonight around whether the race is a one or two stop.”

“You forget the atmosphere the fans bring, it seems so long since we’ve had them at the track. Max has got such a large, loyal following, and you could hear the noise when he got pole no matter where you were on the circuit. It’s great for Formula One to see the fans back so let’s hope we can deliver a great result for them tomorrow.”