Horner after double podium in Turkey: 'A great result'

Published on 10 October 2021 by Julien Lemmen 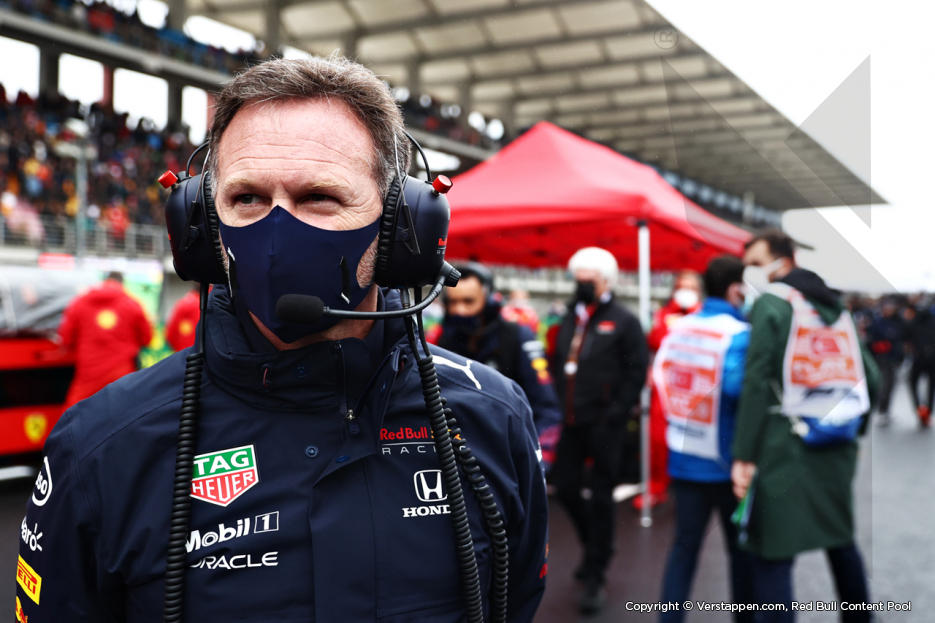 Team principal Christian Horner reflects after the race: “A double podium for us was a great result to come away with this weekend. Max has regained the lead in the drivers’ championship at a track that has traditionally been strong for Mercedes, we limited the damage and it was a great team job with lots of constructor points, so we’ll keep fighting. The lead for the championship keeps changing hands and the rest of the year is going to be incredibly tight, we have some big races coming up and it’s good to be putting Mercedes under pressure.”

Horner continues: “For us the crucial moment today was when to pit Checo, we could have kept him out to keep holding up Lewis, but we decided to pit him because we didn’t believe Hamilton’s tyres were going to make it to the end of the race.  Checo did an amazing job today, he raced Lewis just as hard as Max does. He went wheel to wheel with him and he actually ended up in the pit lane when Lewis ran him out there, and then it was a drag race down the start-finish straight and he just stuck with it. The next race in Austin has been a Hamilton strong hold so we are going to have to be at the very top of our game, it’s great to be in this fight and the whole team is really enjoying it.”