Published on 22 October 2021 by Stefan Meens 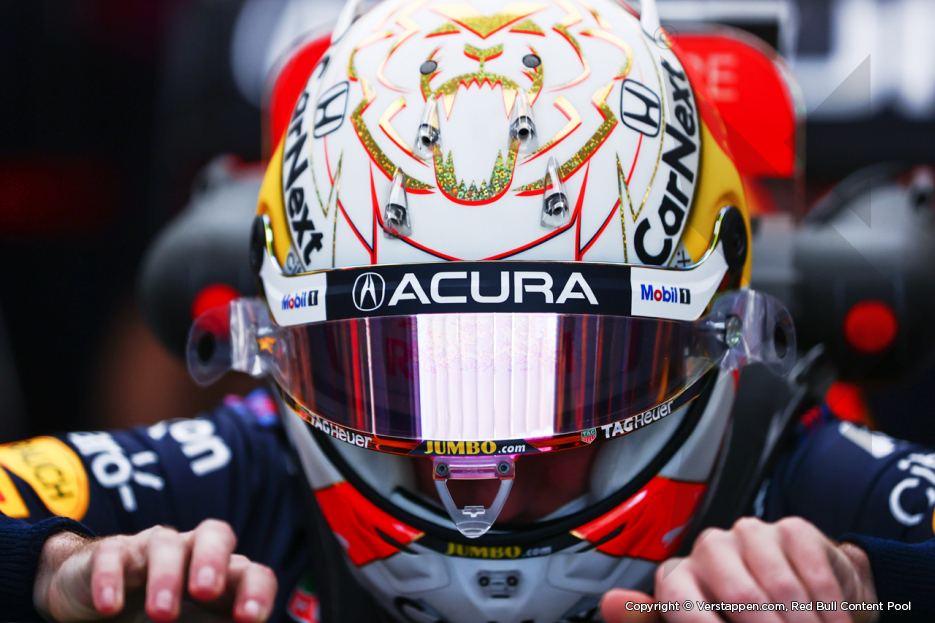 Max Verstappen opened his United States Grand Prix weekend with a third place in the opening Friday practice session. Valtteri Bottas, Mercedes, was quickest round the Circuit of the Americas (COTA) with his team mate Lewis Hamilton having to settle for second. The two Ferraris of Charles Leclerc and Carlos Sainz completed the top five.

The drivers are greeted by sunshine and a pleasant 26 degrees at the start of FP1. Sergio Perez is the first to sample the track when the pit lane opens. A few minutes later, the session is red-flagged; Fernando Alonso is stranded at the end of the long back straight, with fluids leaking from the Alpine. The session remains red-flagged until the Spaniard’s stricken car is removed from the track. 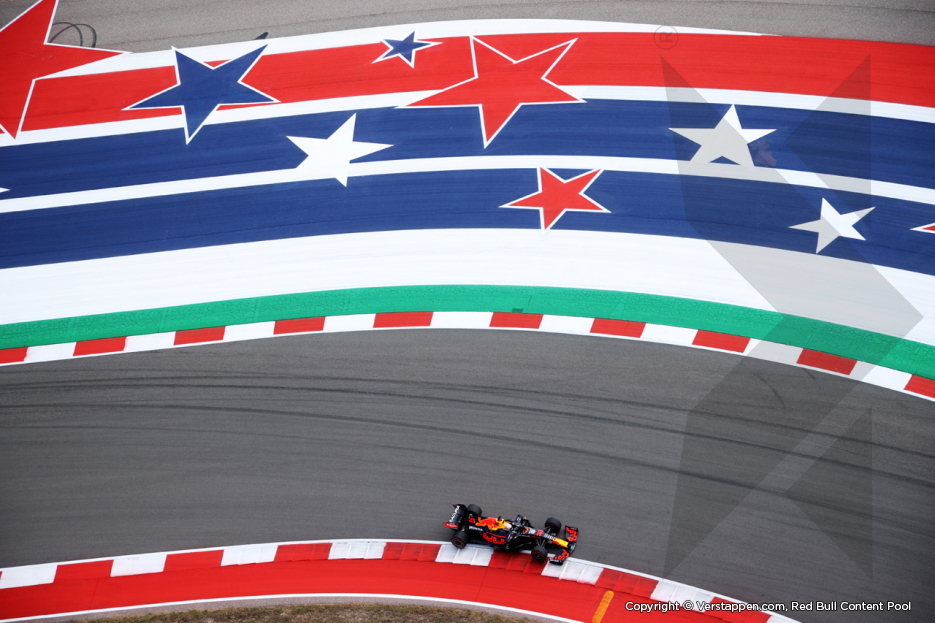 Once the green flags are waved, most drivers find their way onto the track to gain a feel for the partially resurfaced and evidently bumpy track.

Sergio Perez starts his weekend well. The Red Bull Racer sets the quickest time on the hard compound in the first half of the session. Nevertheless, it is the Mercedes that show they have good pace with Hamilton quickly toppling Perez.

At the halfway mark, Sebastian Vettel is the first driver to complete a serious timed lap on the soft tyres and instantly goes top of the leader boards with the fastest lap. The German cannot enjoy this feat for very long as his time is cancelled due a track limit infringement. 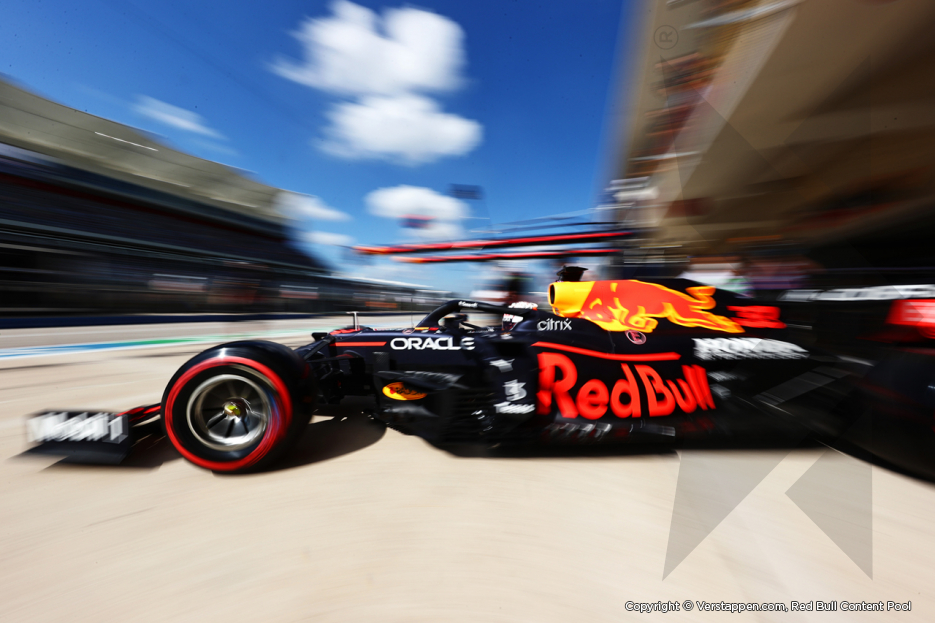 Max also heads out on the red-walled soft compound and is the next driver to set the quickest time thus far. The Dutchman is not able to savour the moment as the two Mercedes, first Hamilton, then Bottas, take charge of the session by going faster.

Alpine have managed to get Alonso’s car up and running and the Spaniard is able to clock some laps in the final twenty minutes of the session. In the meantime, Nikita Mazepin causes some yellow flags by ploughing through the gravel traps in his Haas.

In the closing stages, it gets busier on track. Nevertheless, the lap times are not bettered, meaning Mercedes open the US GP weekend quickest, followed by Max in third.