Max P8 after Friday practice at COTA: 'Couldn't do a quick lap on the softs'

Published on 23 October 2021 by Stefan Meens 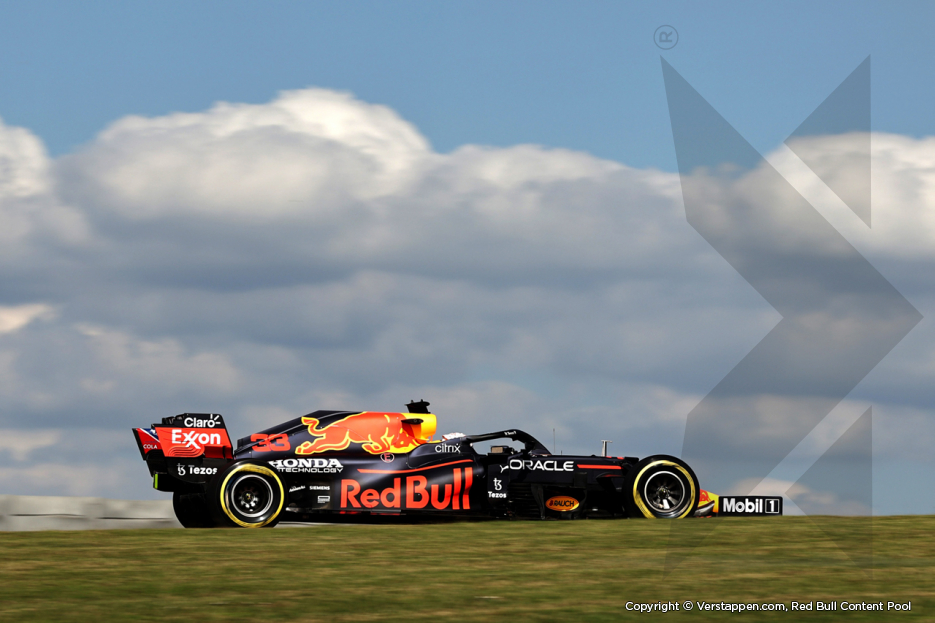 Max Verstappen clocked the eighth quickest time during the second practice session of the United States Grand Prix. His Red Bull Racing team mate, Sergio Perez, was fastest around the Circuit of the Americas (COTA). Lando Norris in his McLaren was second, ahead of Lewis Hamilton (Mercedes) in third.

“I couldn’t do a flying lap on the soft tyres”, said Max after Friday practice in Austin. “In general, it isn’t easy around here. The track is very bumpy and to find a good compromise is not easy. But we have a couple of positives that we can look at. We’ll keep working on that ahead of tomorrow.”

The Dutchman added: “It didn’t feel too bad during the short runs, but it was just a mess with all the traffic.”

Reflecting on his on-track skirmish with Lewis Hamilton, Max said: “We’re all lining up for a flying lap, so I don’t understand what happened there.” 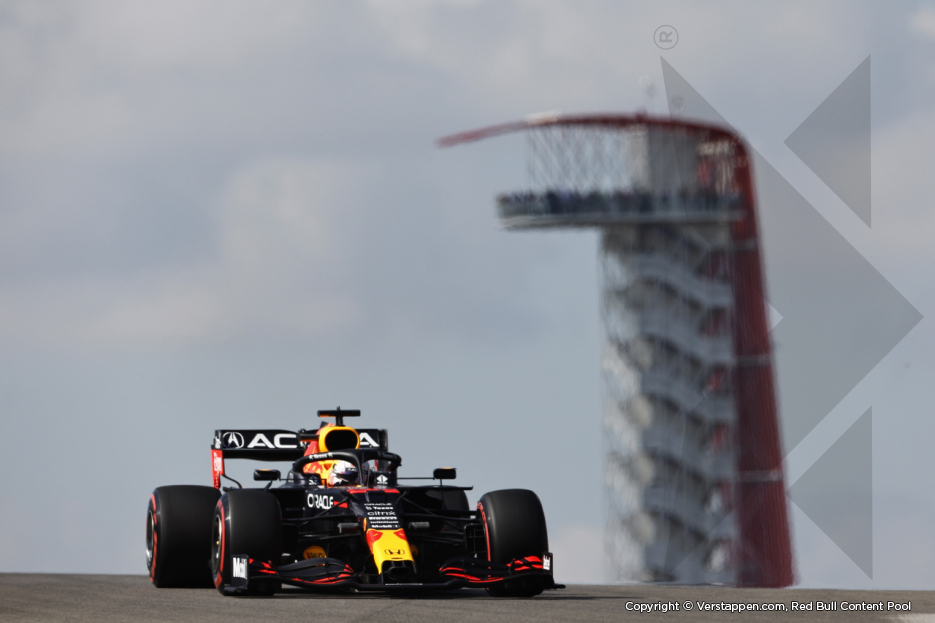 At the start of the session, most drivers head out on the medium Pirelli compound. After the first flying laps, it is the Red Bulls and Mercedes that set the pace, with Perez topping the charts. Soon after, Valtteri Bottas betters his first effort and takes P1 from the Mexican.

Meanwhile, their team mates are busy getting in each other’s way as Max and Hamilton go wheel to wheel in the run up to turn one. The Dutchman is not impressed with the seven-time champ and informs the team that his rival is a ‘stupid idiot’, before using a gesture in the cockpit that expresses a similar sentiment.

Twenty minutes into the session, it is time for the soft tyres to bring the laptimes down. After Lance Stroll opens with a quick lap on the softs, the Aston Martin driver is quickly brushed aside by both Hamilton and Bottas, with the former’s lap time being deleted due to a track limit infringement and the latter laying claim to P1. 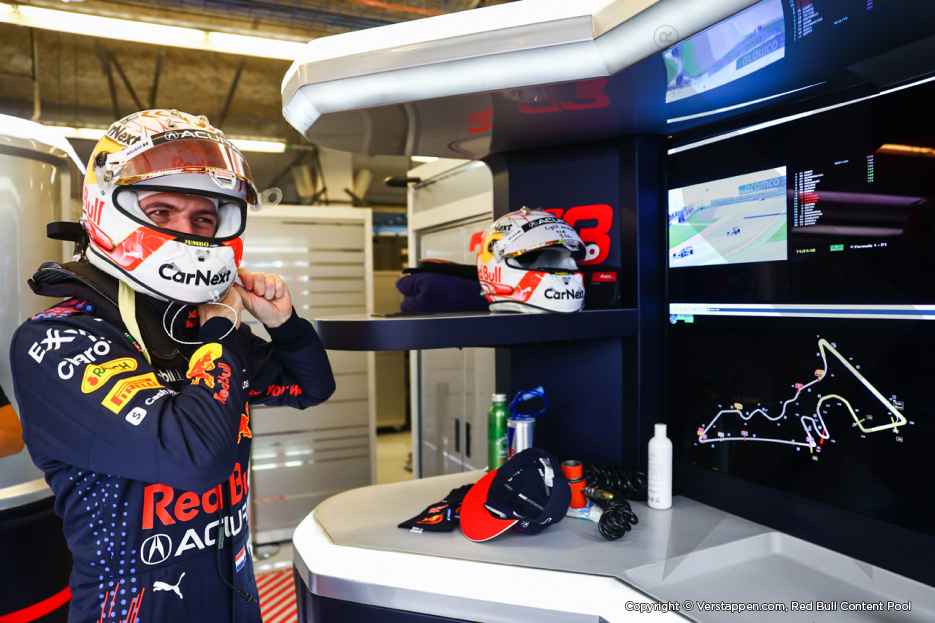 Soon after, the Red Bulls bolt on the softs. Perez enjoys the extra grip and clocks the quickest time of the session. Max is unable to utilise the potential of his Pirellis; traffic prevents him from having a clear track, prompting Max to tell the team: “I’m done with this, let’s focus on the long runs.”

Not long after Max’s change of focus, the other teams and drivers follow suit and the second half of FP2 is dedicated to long runs in preparation for Sunday’s Grand Prix.

In the closing stages, Fernando Alonso spins as he brakes into turn 19 with the rear of his Alpine ending in the tyres. Nevertheless, the Spaniard is able to nurse the car back to the pits. This small hiccup for French outfit marks the end of Friday practice.