Published on 23 October 2021 by Mike Motilall 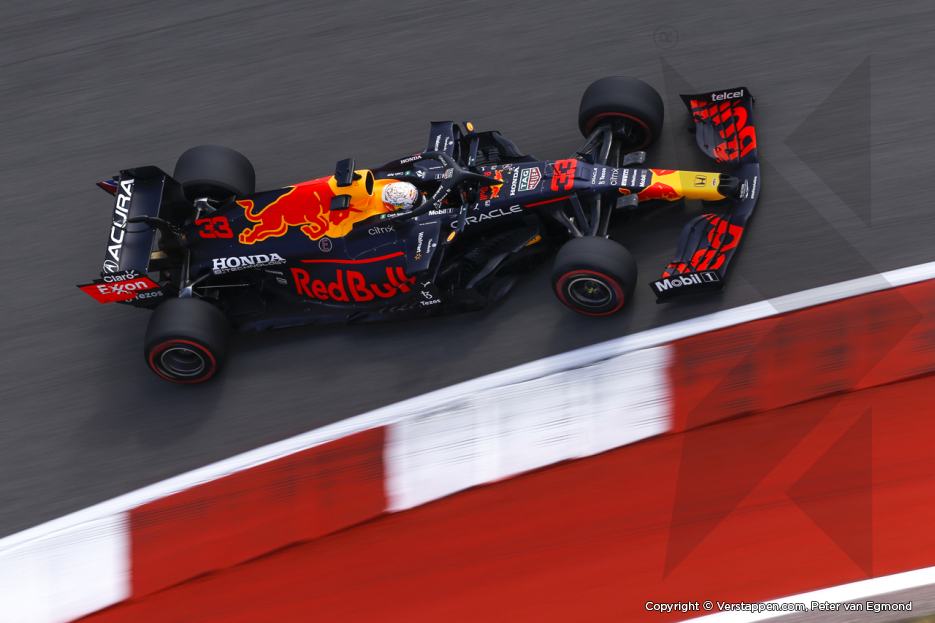 Max Verstappen finished the third free practice for the United States Grand Prix third fastest. The Dutchman lapped the 5.470 mtr. Circuit of the Americas thirteen times with a 1:34.912 as his fastest lap time. Verstappen did a 1:34.383 towards the end of the session but this was deleted due to him having exceeded track limits. Sergio Pérez topped the board with a 1:34.701 while Carlos Sainz came in second, a little over a tenth a drift.

It´s 13.00 hrs local time when the final free practice gets underway. During the first ten minutes not much happens albeit that only Sebastian Vettel and Fernando Alonso are out on track. After this it slowly gets busier on track in Austin. Max Verstappen exits the pit lane on a set of softs after some twenty minutes. The fastest time by then is a 1:35.556 which was set by Valtteri Bottas. Not much later this is deleted due to track limits.

Max clocks a 1:35.207 on his first timed lap and takes over the lead from that point on. Team mate Sergio Pérez is second fastest not much later with an almost indentical time: 1:35.208. On the same set of tyres Verstappen gives it another go. The Red Bull Racing-driver manages to shave off almost three tenths off of his time to a 1:34.912 before heading back to his team. 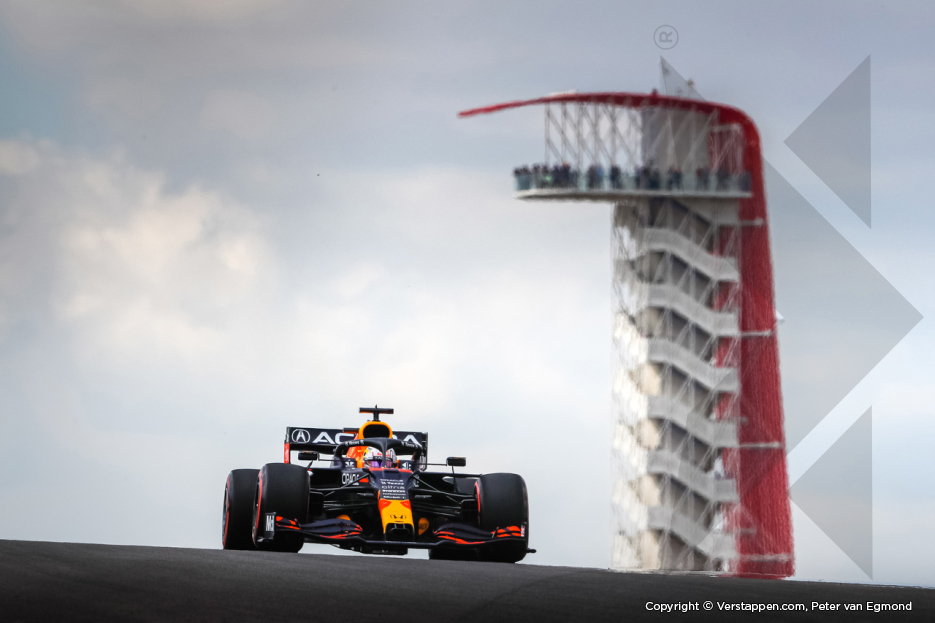 With still twelve minutes on the clock, Max reports for duty on the tarmac. On a new set of softs the Dutchman does a 1:34.383 but because he exceeded track limits at Turn nineteen, his time is deleted. The same applies for Lewis Hamilton, who sees a 1:34.458 disappear not much later. The seven-time world champion went wide at Turn nine.

In the closing stages Verstappen straps in once more but is forced to abort his attempt due to traffic on track. The championship leader finishes the session third fastest. Team mate Sergio Pérez is at the top of the timesheet with a 1:34.701. Caros Sainz is second fastest with a 1:34.805.