Published on 24 October 2021 by Mike Motilall 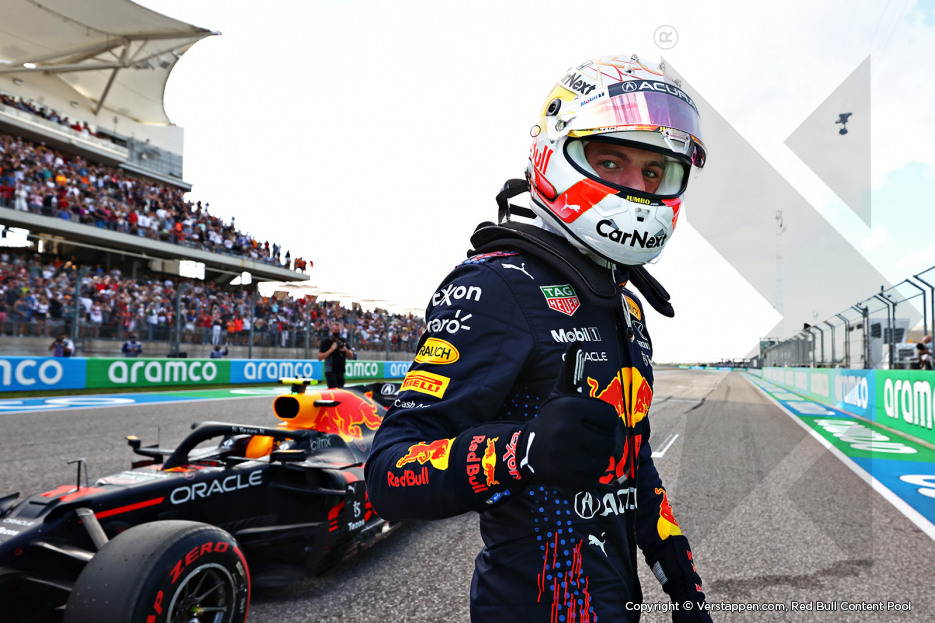 Max Verstappen took the pole home after qualifying for the United States Grand Prix. The Dutchman set the pace – after having a Friday with mixed results – during the entire session and was the only driver to dive under the 1:33´s. Lewis Hamilton finished second fastest, two tenths a drift from the Red Bull Racing-driver. A strong Sergio Pérez fell a bit short to outdo the seven-time world champion and came in third. Valtteri Bottas finished fourth fastest, but will drop back an additional five places due to a grid-penalty. This means that Charles Leclerc will be promoted to the second row on behalf of Ferrari.

´It was quite exciting out there´, says a happy Verstappen after qualifying. ´In Q3 my first lap wasn´t amazing and during my final lap it started drizzling so I was not sure I could hang on to my lap time. In the end it was enough to put the lap time in and be on pole position. To be P1 and P3 as a team was a very strong performance.´

The Dutchman had his work cut out for him: ´This whole weekend was not easy for me. For some reason I was not able to do the lap time that I wanted to do. I felt that I didn´t have the right balance in the car and it also took a bit too long during qualifying. It all had to happen on the final run and then we did manage to pull it off. I am very happy with that.´

Putting yourself in the right place before the race is very important considering we are approaching the end of the season, Max knows this also: ´On every track that is coming now you want to start as close to the front as possible. I didn´t expect this prior to the weekend and even after the first free practice, but as a team we pulled it off. The Red Bull Racing-driver ends with a preview on tomorrow´s race: ´I hope to have a good start and work together as a team to get the best possible result.´ 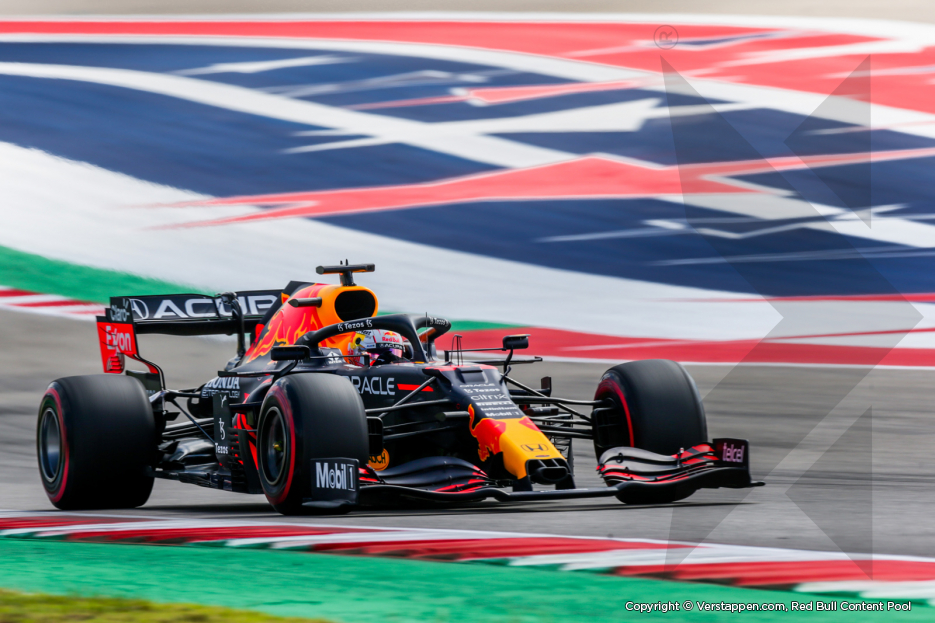 It´s thirty degrees when qualifying gets underway and Max Verstappen does a 1:34.521 on his first timed lap of the session, a lap later he manages to better his time to a 1:34.352. Sergio Pérez keeps the gap to his team mate in check as he is merely seventeen thousandths of a second down on Max.

As the seconds tick away, Charles Leclerc manages to get the fastest time on the clock, being a 1:34.153. The Red Bull Racing-duo slot in in second and third. Lance Stroll, Nicholas Latifi, Kimi Räikkönen, Mick Schumacher and Nikita Mazepin are the first group to be relegated.

In Q2 the majority of the drivers that venture out emerge on the yellow walled medium compound tyre. Max is leading the pack with a 1:33.464 after the first runs and manages to keep Lewis Hamilton (P2) at bay by well over three tenths. Lando Norris rounds up the provisional top three as the times set by Daniel Ricciardo and Sergio Pérez are deleted for having exceeded track limits. The latter quickly heads back out for another attempt, this results in a 1:34.178 (P7). Verstappen decides to bide his time in the pit lane for the remainder of the session, as his time is good enough to promote him to Q3 as the fastest. Esteban Ocon, Sebastian Vettel, Antonio Giovinazzi, Fernando Alonso and George Russell fall short and are sent to the showers. 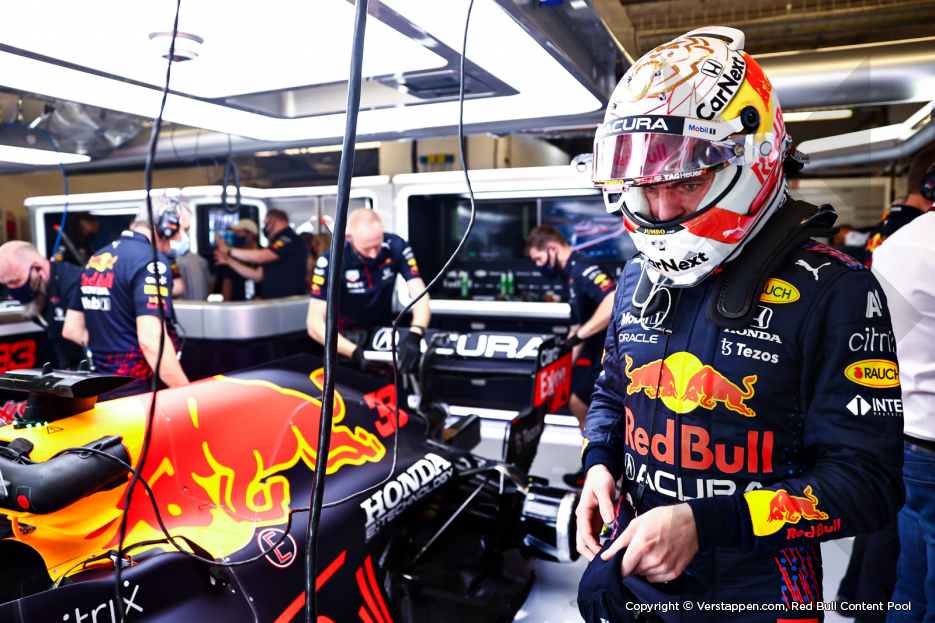 After this it´s time for the final part of qualifying. All the drivers head out on the softs in a bid for pole position. The Mercedes are the firsts to get a timed lap, whereby Valtteri Bottas was slightly quicker with a 1:33.475 than team mate Lewis Hamilton. Moments later Max betters Valtteri Bottas´ time by almost three tenths of a second, but Sergio Pérez manages to do a better job and snatches provisional pole with a 1:33.180.

Lewis Hamilton manages to better his time on his second and final run, but this proves to be not enough as Max Verstappen takes the pole home with a 1:32.910. This will be the twelfth time in his Formula 1-career that Verstappen snatched first place. Team mate Pérez slots in third fastest while Valtteri Bottas finishes fourth. However, due to an engine change he will be dropped five places. Ferrari-duo Charles Leclerc and Carlos Sainz round out the top six.