Max Verstappen wins the United States Grand Prix: 'It was not easy'

Published on 25 October 2021 by Kees-Jan Koster 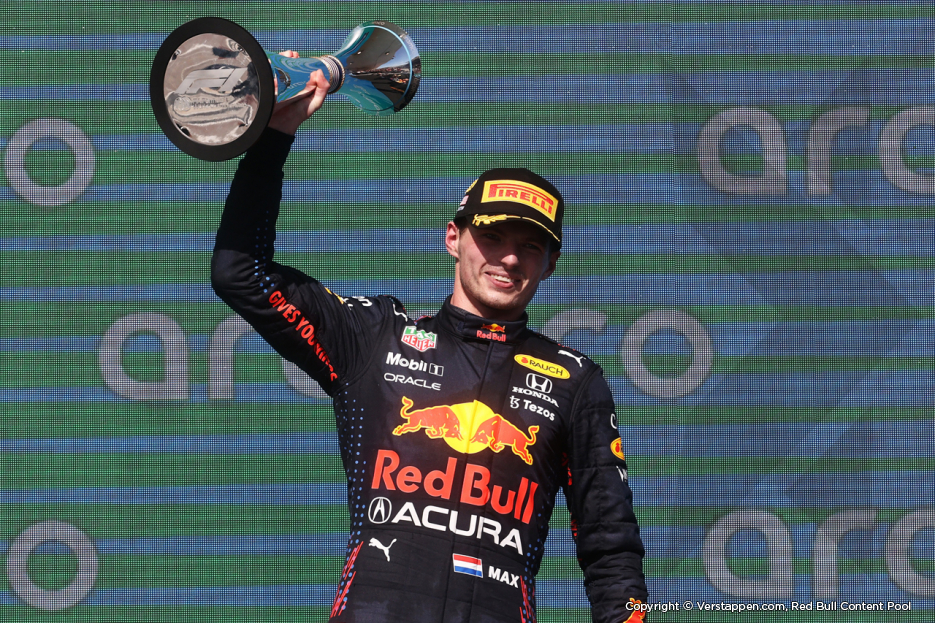 Max Verstappen won the highly excited United States Grand Prix. Max, who started the race from pole, lost the lead to Hamilton. By stopping earlier than Hamilton, Verstappen gained the lead again. In the final phase of the race Hamilton was closing in rapidly on tyres which were eight laps fresher. Verstappen had to pull out all the stops to stay ahead of his title rival. The Brit was not able to attack and with 1.3 seconds ahead Verstappen won his eighth race of the season. With Hamilton in second position, Verstappen increases his lead in the championship to twelve points. Sergio Perez finished third and made it a double podium for Red Bull Racing.

After the race a happy Verstappen says: “It was not easy. We lost the lead at the start, so we had to try something else. The speed on the medium tyre was good, but the tyre wear is quite high on this circuit so we did go aggressive and came ahead of Hamilton. I was not sure if it was going to work, at the end of the two stints I had not much tyre left, but it worked and I am very happy to win here.”

Even though Hamilton was closing in rapidly on fresher tyres, the Dutchman kept his cool: “I was not able to change that. I had to pay attention and not make mistakes, that was very important. If I could come out through turn one okay, and did not lose too much time in the faster turns, then it would work. But with two laps to go I was behind a backmarker and lost some time at the beginning of the third sector. In the end it worked out okay, but it made the last lap very exciting.”

The end of the season is approaching and sot the next two races will be very important: “I am happy we gained some more points, we could have ended up behind. Now we have to try and gain more in Mexico and Brazil. Those two races are crucial for the championship.” 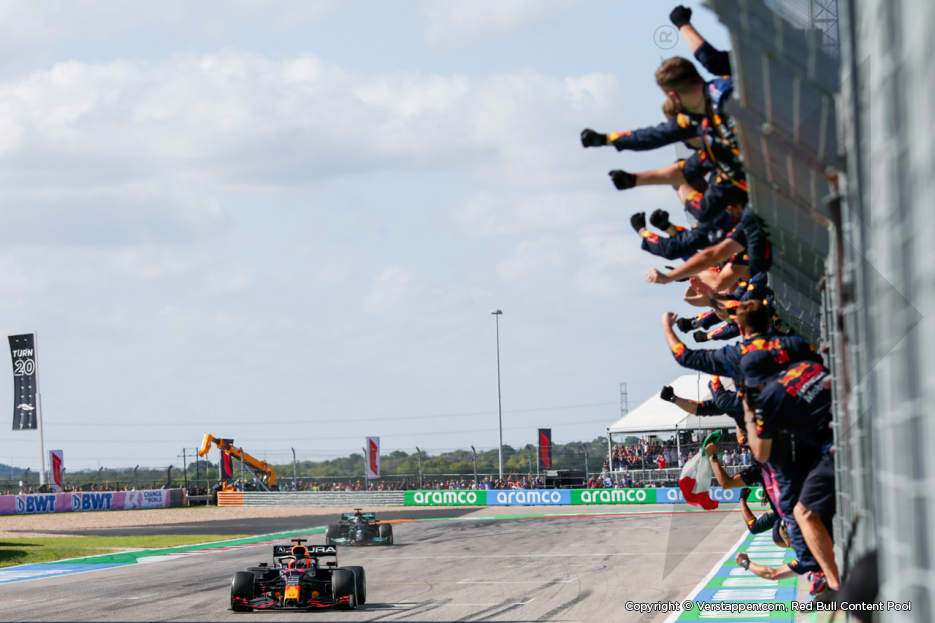 On a warm and sunny Circuit of the Americas gets the seventeenth Grand Prix of the season underway. Max has an average start and is side to side with Hamilton when entering the first corner. The Mercedes driver is on the inside, as Verstappen goes wide and Hamilton takes the lead. Behind the two championship contenders is Perez in third position and behind the Mexican Charles Leclerc in P4. In the back of the field spins Lance Stroll when he gets hit by Nicholas Latifi, but both drivers can continue the race.

Max can keep up well with Hamilton and stays within one second of the Brit. In lap eleven Max comes in for his first stop. After a faultless tyre change, comes Max back out on track in fifth position on a new set of hard tyres. In his outlap he overtakes Daniel Ricciardo for P4. Max is on his new tyres much quicker than Hamilton and when the Brit stops in lap fourteen, Verstappen takes over the lead. Hamilton is six seconds behind Verstappen after his stop, with Perez five seconds after Hamilton in P3.

Pierre Gasly is driving slowly on the track in lap fifteen and parks his AlphaTauri in the pits with a damaged suspension. In the following laps Hamilton closes in a bit to Verstappen. The gap is 2.6 seconds when Verstappen makes his second pit stop in lap 30. After another faultless stop, Max returns on track with a new set of hard tyres on his RB16B. Teammate Perez lets Verstappen pass straight away, before the Mexican also comes in for a second tyre change. 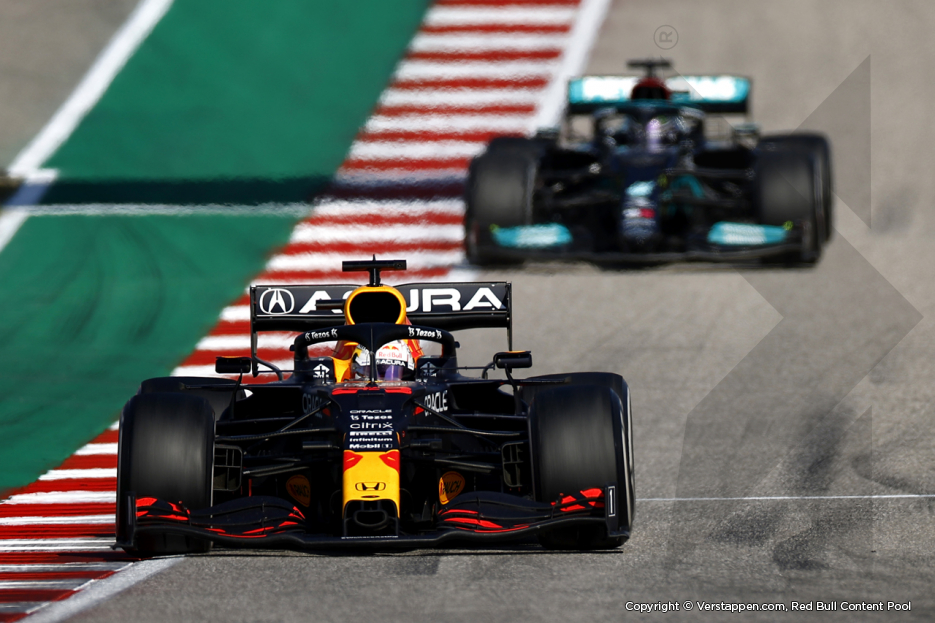 Hamilton continues much longer and makes his second pitstop in lap 38. He is eight seconds behind Verstappen when he comes back out on track in second position. Esteban Ocon has to stop his Alpine in the pits with technical issues in lap 42. Teammate Fernando Alonso has to retire not much later with a broken rear wing. Meanwhile Hamilton is closing in rapidly on Verstappen. The Brit is in the last couple of laps only one and a half second behind Max, but he does not get within DRS range of the Dutchman, who had to pull out all stops to stay ahead of Hamilton.

Finally Max finishes 1.3 seconds ahead and wins the race. Hamilton finishes in second position and takes the point for fastest lap. Perez finishes third for the second time in a row. Charles Leclerc finishes his Ferrari in a good fourth with Daniel Ricciardo in P5. Valtteri Bottas, who started the race from nineth because of a grid penalty, finishes in sixth position. Carlos Sainz, Lando Norris, Yuki Tsunoda and Sebastian Vettel complete the top ten.