Published on 13 November 2021 by Kees-Jan Koster 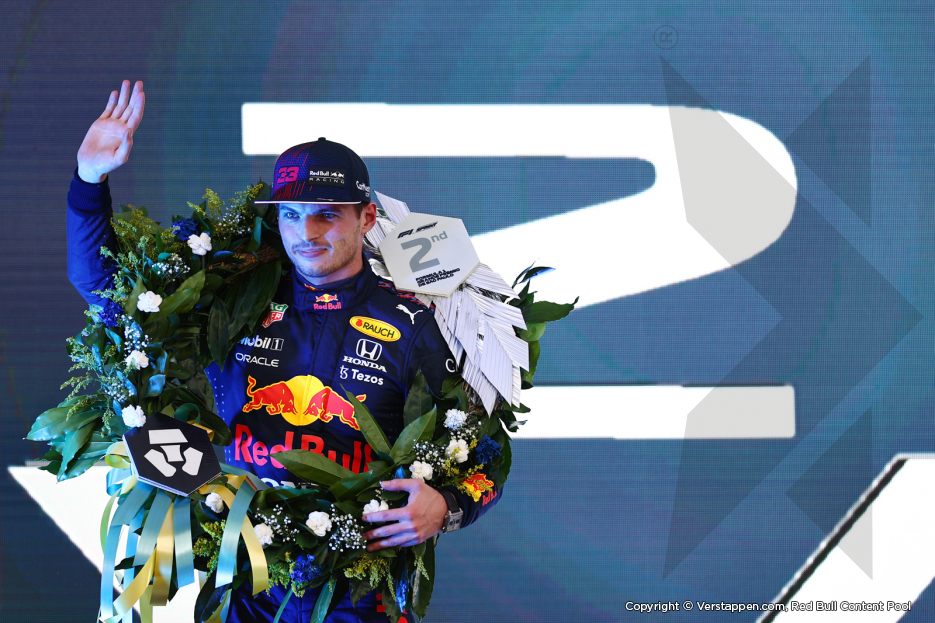 Max Verstappen finished second in the sprint race for the Brazilian Grand Prix. The Dutchman started from first place after Lewis Hamilton was disqualified, but Valtteri Bottas – who had a better start on soft tyres – went past him in turn one. Max was able to stay close to Bottas in the 24 laps on the Autódromo José Carlos Pace, but did not get close enough to overtake the Mercedes driver, who will start tomorrow on pole for the Grand Prix. Carlos Sainz completed for Ferrari the top three.

“The start was not the best, but of course we were on the harder compound”, says Verstappen after the sprint. “That did not help, especially to put the energy in. The pace is quite good. Once you close up you cannot really pass, but that is okay.”

The Red Bull Racing driver was multiple times within DRS range, but was not able to overtake Valtteri Bottas. “Mercedes is fast on the straight, you need a really good last corner to be able to pass. Today that was not possible, but we will try again tomorrow”, concludes Max.

Ahead of the sprint race it is announced that Lewis Hamilton is disqualified from qualifying. A technical infringement on the Brit’s rear wing was found, thus he had to start from the back of the grid. When the lights go off the third sprint race of the season gets underway. Max Verstappen has a good start on medium tyres, but Valtteri Bottas has a better start from second position. When entering the first corner he overtakes the Red Bull Racing driver. Verstappen is having a hard time and three corners later is also overtaken by Carlos Sainz, who had a super start from P5. 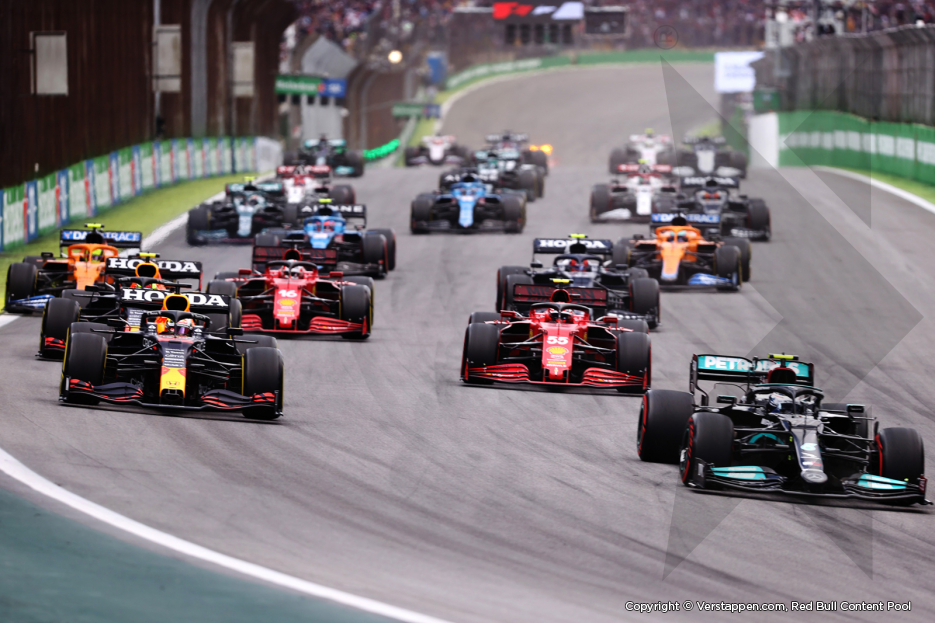 At the end of the first lap is Valtteri Bottas in the lead, with behind him Carlos Sainz, Max Verstappen, Sergio Pérez, Charles Leclerc and Lando Norris. Lewis Hamilton is then already in fourteenth position. Ahead of the Brit is Kimi Räikkönen spun around by his teammate Antonio Giovinazzi.

After a strained opening phase seems Max to regain his speed. When entering turn four the Dutchman overtakes Calos Sainz with the help of DRS, after which he starts to hunt for race leader Valtteri Bottas. The gap to the Finn is then around two seconds. Teammate Sergio Pérez is trying to retake third position from Sainz. 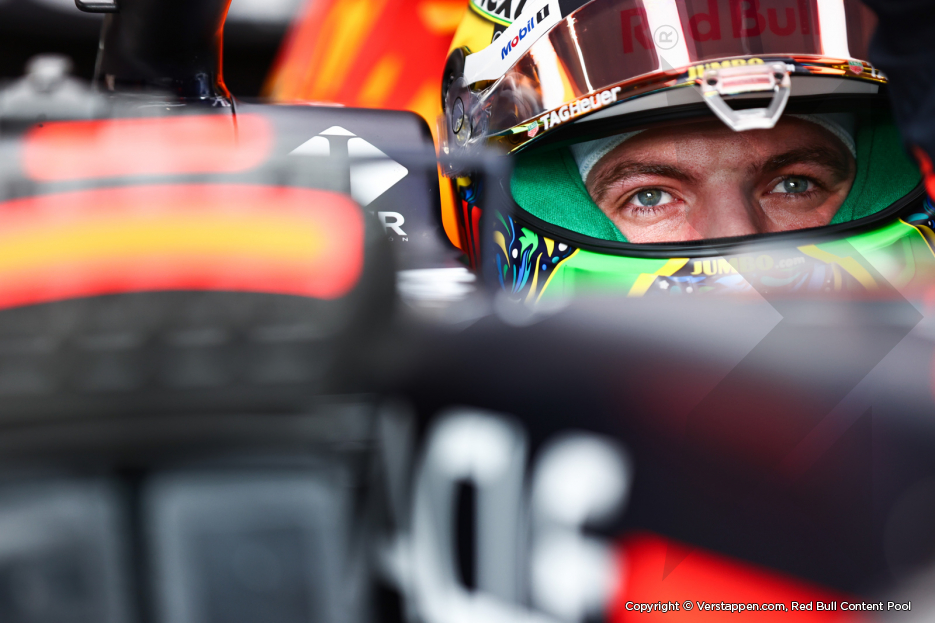 Halfway the race the gap between Bottas and Verstappen is less than half a second. In lap fourteen the Dutchman is within DRS range, but Bottas has just enough speed on the straight to stay ahead of Verstappen. He can even increase the gap at times to over a second.

Verstappen keeps trying, but he cannot form a threat for Valtteri Bottas who wins the sprint race and will start the Grand Prix tomorrow from pole position. Max Verstappen finished second and takes another two important points for the championship. Calos Sainz finishes third, while Hamilton finishes fifth after an impressive catch-up race. But the title rival will get a five place grid penalty because of an engine change.