Published on 14 November 2021 by Julien Lemmen 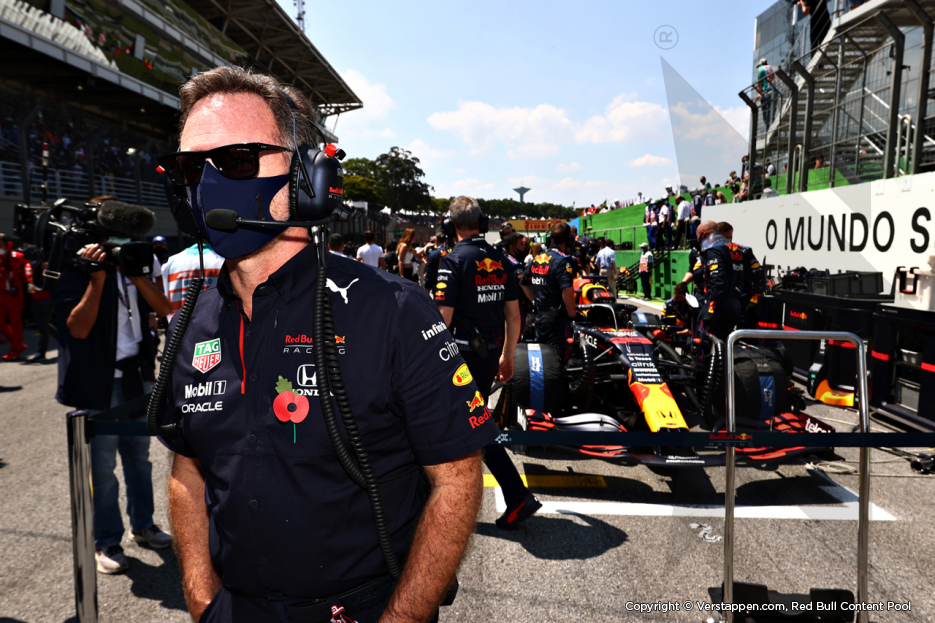 The Red Bull Racing RB16B clearly lacked the speed to beat Mercedes this weekend. Despite Max Verstappen's best attempts to win the race, Hamilton was too fast and the Briton walked away with the victory. In the end, Verstappen finished second in the Brazilian Grand Prix, with teammate Sergio Perez in P4.

Team principal Christian Horner reflects after the race: “To come away with second and fourth today, plus the fastest lap was damage limitation this weekend. We scored 20 points for Max this weekend versus their 25 for Lewis Hamilton in the Drivers’ Championship, so we’ll take that. We put up as good a defence as we could, Max did his best and raced hard, and Checo made Lewis have two goes to get past, and he came back with a great move to reclaim the place after Lewis’ first effort. But we saw Mercedes pace from Friday and then again yesterday, so today wasn’t too much of a surprise. They did a good job and Lewis drove a great race today, so well done to them. We’ve got some catching up to do this week. There’s a lot of racing still to go, so we’ll brush ourselves down and come back fighting in Doha.”