Published on 20 November 2021 by Kees-Jan Koster 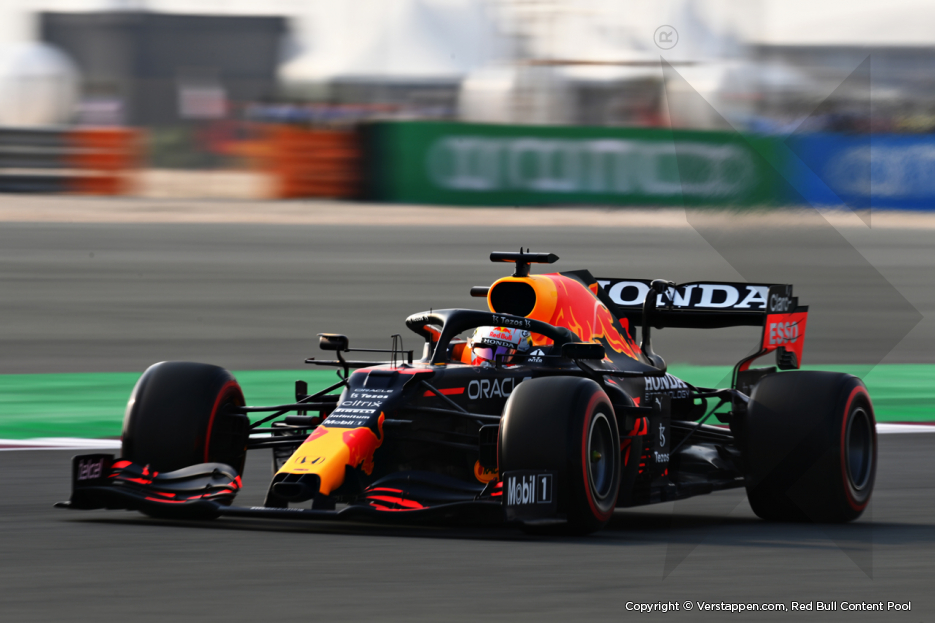 Max Verstappen finished the third free practice session for the Qatar Grand Prix in third position. The Dutchman did ten laps on the 5.38-kilometre-long Losail International Circuit and set a 1:22.651 as his fastest time. Mercedes dominated, with Valtteri Bottas (1:22.310) and Lewis Hamilton (1:22.388) in first and second place respectively.

It is 12:00 Dutch time when the lights at the end of the pitlane go green for the start of the final free practice session. The mechanics of both Max Verstappen and Sergio Pérez are still working on the back of the RB16B’s. Mick Schumacher is the first to leave the pits and enter the track. Teammate Nikita Mazepin follows soon after but comes to a stop at the end of the pitlane. The session is stopped for a short period to bring the Haas back safely into the garage.

When the track is clear, it is Esteban Ocon who sets the first lap time. Max Verstappen comes out on track for the first time after 25 minutes. The fastest time is then set by Valtteri Bottas, a 1:23.387 on soft tyres. Verstappen set a 1:23.121 on his first timed lap on soft tyres, taking the lead. 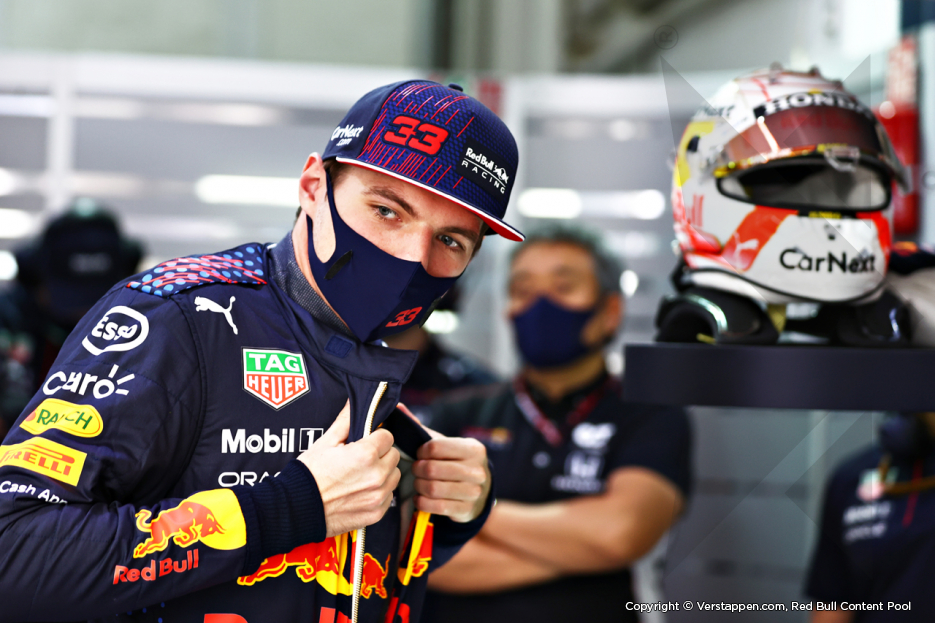 The mechanics are working again on what seems the rear wing of Max’ car. The top element of the rear wing shakes when the DRS is activated. While it is not as bad as in previous sessions, the issue is not fully resolved.

Verstappen comes back out on track with less then seven minutes to go. The Dutchman takes more than three tenths of a second of his previous time on a new set of soft tyres, but he finishes the session in third position. The Mercedes take first and second place with quite a margin, with Valtteri Bottas being the quickest. Pierre Gasly, Sergio Pérez en Carlos Sainz complete the top six.