Christian Horner after Abu Dhabi Grand Prix: 'So proud of Max and the team' 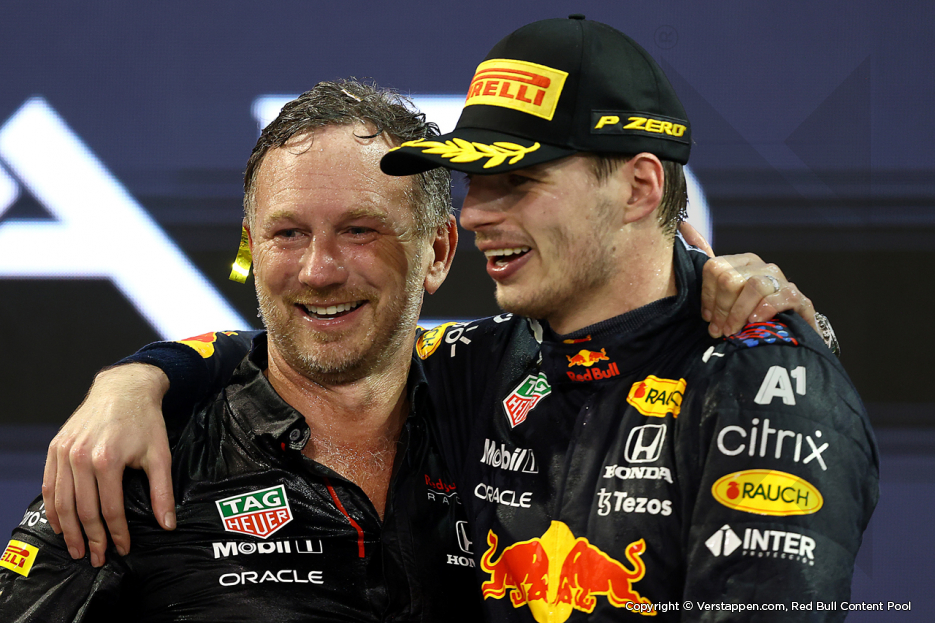 Christian Horner, Team Principal of Red Bull Racing, reflects after today’s Abu Dhabi Grand Prix: "I said it was going to need something from the racing Gods in the last ten laps and thank goodness for that safety car. It has been a great competition this season and for Max to win the World Championship, it is not just about the race here, it is about the whole year and how incredible and consistent he has been as a driver.”

“All credit to Lewis too, he has been a phenomenal opponent all year and a great World Champion, he has been formidable and that is what makes it even more of a monumental achievement to win this. This Championship came down to the last lap and it was a great strategy call by the team to make that pit stop onto the set of softs and then it was down to Max to make it happen, which he did in typical Max style. I was screaming from turn five all the way down that back straight. He got the job done. I am just so proud of Max and the team for what we've been through this year and what we have achieved against some fierce and great opponents.”

“Checo was the perfect teammate today, what he did keeping Lewis behind, on totally worn tyres, was just super driving. Without him today Max probably wouldn’t be World Champion, the whole team executed their strategy, flawlessly. On balance after 22 races we have won this World Championship on the facts. I would also like to thank Honda for their teamwork and support over the last few years. We will continue our partnership in a different way, but we look forward to continuing the success.”