Max Verstappen on his first worldchampionship title: 'Couldn't have been better' 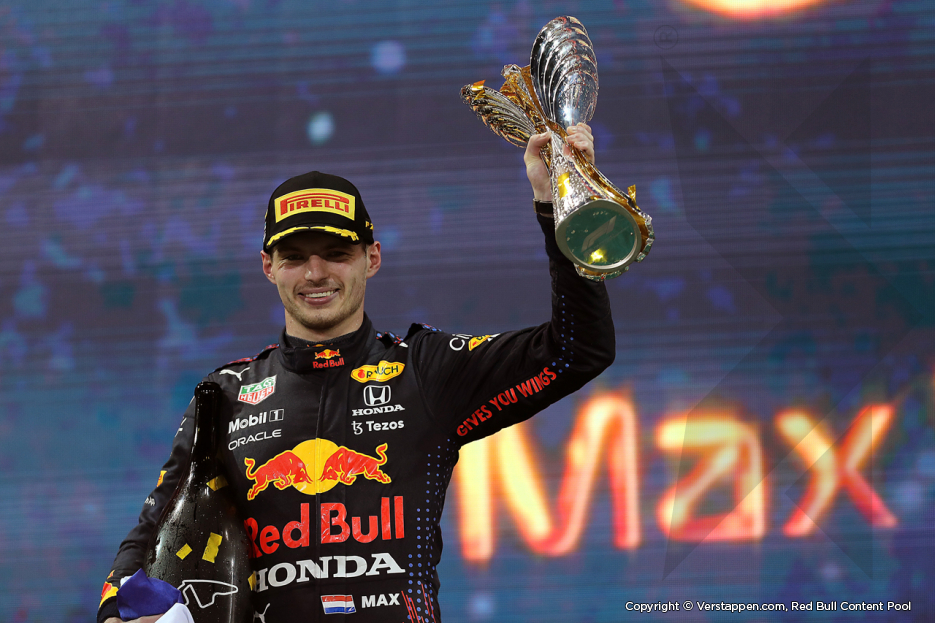 Max Verstappen has written history today by becoming the first ever Dutch F1-world champion. After an intense season of no less than 22 races, the championship was decided during the closing stages of a nail biting Abu Dhabi Grand Prix. Verstappen overtook Lewis Hamilton on the final lap to take home the win and also secure his maiden world title.

‘It’s insane’, the extremely happy Red Bull Racing-driver noted. ‘When I was little my goal was to become an F1-driver. You hope for wins, you hope to be on the podium and when they play the national anthem you hope one day they will play yours. And now standing here and when they tell you you are the world champion, it’s something incredible.’

Shortly after the race, beautiful images were shown of a special moment between Max and his father Jos, the one who supported his son throughout his whole career: ‘All the things come back through your mind, the years you spent together travelling for that goal. And then you are here together and everything comes together in the last lap. All these people, my whole team, my family, my friends, the people I grew up with go-karting, the ones who pushed me to where I am today, most of them were all here. It just sounds amazing, honestly. I have even lost my voice, haha!’ 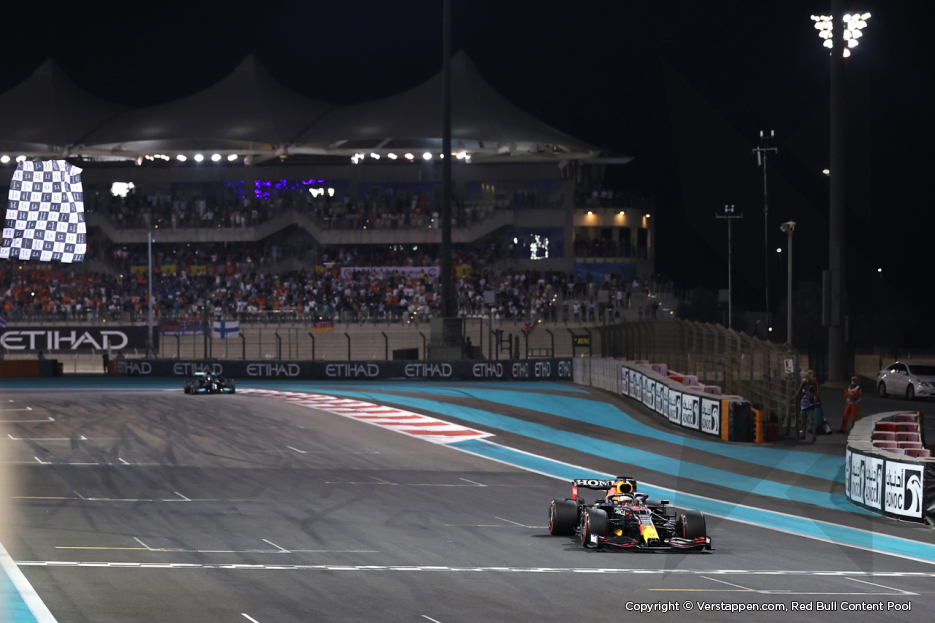 Verstappen also has a message for his Orange Army, they came in droves to Abu Dhabi: ‘It’s incredible to see all this orange here and also around the world. The fans were supporting me, throughout my whole career, and especially of course in Formula 1 the support is just incredible. And I hope I can do this for a very long time with the support of my great fans.’

Max is known to be someone who can handle pressure extremely well, but a day like today was exciting for everyone: ‘Of course you are nervous for today, but on the other hand it’s just another race where you want to do well. But the outcome can determine if you are first or second in the championship. Throughout the whole race I tried to keep on pushing, I tried to keep believing in it even though it didn’t look like it. And then sometimes miracles happen.’

The new world champion concludes with some positive words for his competitor Lewis Hamilton: ‘Lewis is an amazing driver, an amazing competitor. They made it really hard for us, and everyone loved to see that. Of course the two teams were fighting each other. We had some tough times but I think that’s all part of the sport. It’s also emotion, everyone wants to win, and it could have gone either way of course today. But for sure next year we’ll come back and we’ll try it all over again.’