Max given a third-degree by Red Bull Racing Honda: 'I never give up'

Published on 14 December 2021 by Mike Motilall 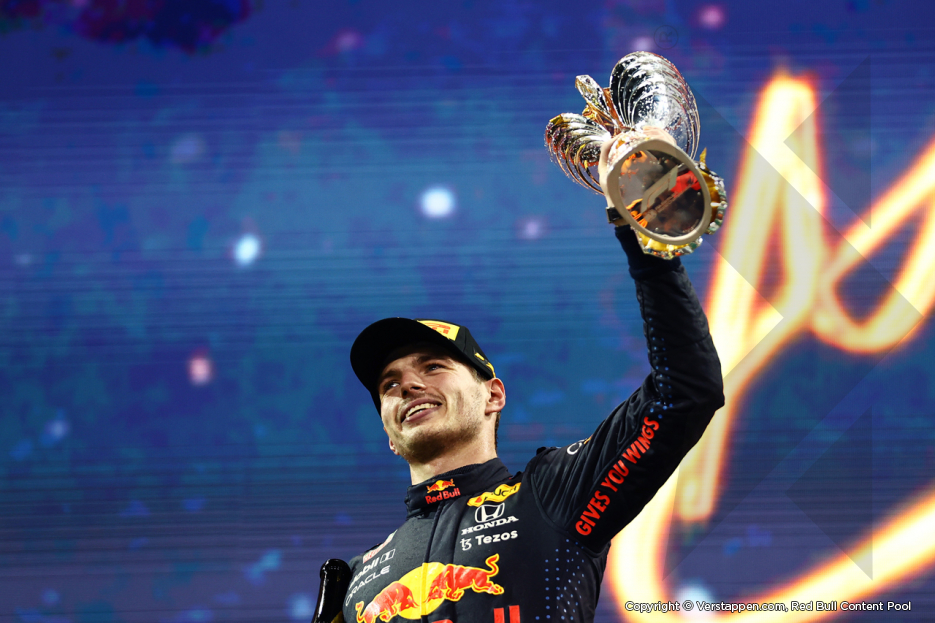 After winning the F1-world championship, the newly crowned world champion Max Verstappen was invited by his team Red Bull Racing Honda to answer a few questions in Abu Dhabi.

How does it feel to be Formula 1 World Champion? Max: ‘Yeah, it’s an incredible feeling. Right now I am still destroyed from last night, everything from the whole season is coming out. Insane, intense, crazy, of course the season in general, but also the race yesterday. At this moment I am just incredibly happy.’

It’s the morning after the night before, has it sunk in yet? ‘It was a long night, not a lot of sleep. I am not feeling 100% but it was all worth it.’ 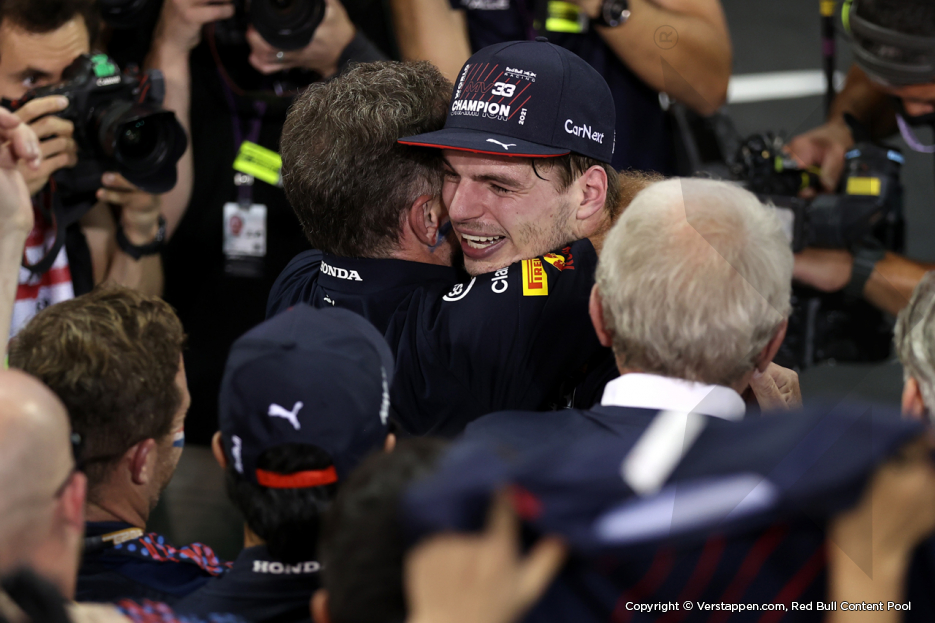 Your slogan is ‘keep pushing’ and you had to do that to the very last lap of the season, are you completely exhausted now? Max: ‘I never give up. Of course I knew it was going to be tough, but as I said I just want to try and be as close as I can be, and with everything that unfolded, I was like this is my chance I have to go for it, and that’s what we did. Yeah, on my last lap, when I was fighting Lewis, I also had a cramp when I already started the lap. Every time I was going full throttle it was terrible. So I was of course fighting him and defending and I just felt my muscle clamping together, that it almost became like a tennis ball. It was terrible, it was the worst experience you can have.’

The team radio when you crossed the finish line was pretty emotional. Have you had time to reflect on that last lap and how it all played out? Yeah, it was insane, everyone screaming on the radio of course. Everyone was super emotional, not thinking it would happen initially. I was crying on the in-lap, there is no hiding about it. It was just insane, the whole lap, I couldn’t believe it. Just the stress of the whole season, the whole battle, and it looked like it was not going your way. And then suddenly it turns around in a crazy fashion and it does come your way. It couldn’t have been more dramatic.’

Can we get a word on your team mate Checo and the role he has played this year? Max: ‘I think in general this year Checo has done an amazing job for the team. He’s really been a team player, but also just a great person. And it really showed in the final race what he did, for me to be back in that fight was insane, I am really thankful that we already had this year together. I am very thankful that I get to spend at least two years with him as a team mate.’ 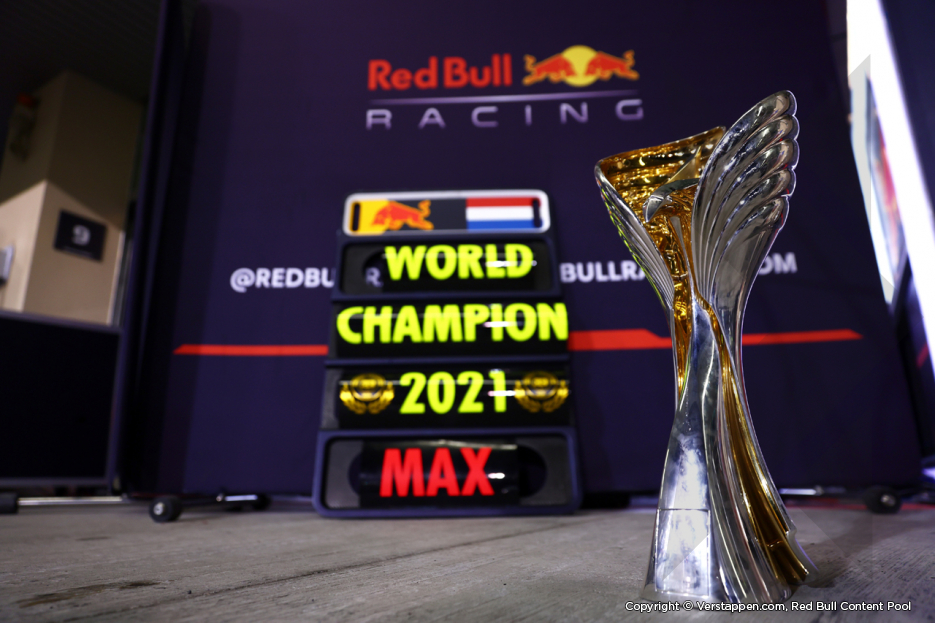 How does it feel to realize your goal? ‘To become world champion was of course my final goal in Formula 1. I am very happy that it happened and everything that happens now is a bonus.’

We know your dad has been the most important person in your racing career, what did he say to you when you got out of the car? Max: ‘When I saw my dad when I was coming out of the car, that was a very special moment for me. You start talking to each other and realize what we did back in the days, go-karting, travelling all over Europe together in the van and then you look each other in the eyes and you are like: ‘We did it!’ We won the world championship.’

Reflecting on the season as a whole, what are your three standout moments? ‘Not thinking about the last race: winning Monaco was really special. I have to pick the two Austrian races as one. That was also really nice to win there again on our home track. Winning in Zandvoort for me was very special with all the Dutch fans there.’

What does the rest of your week look like now that you are a World Champion? ‘Well I am doing this now today being totally hung over, I of course have to do the tyre test and after that I am going to go home and see the family as quickly as possible.’ 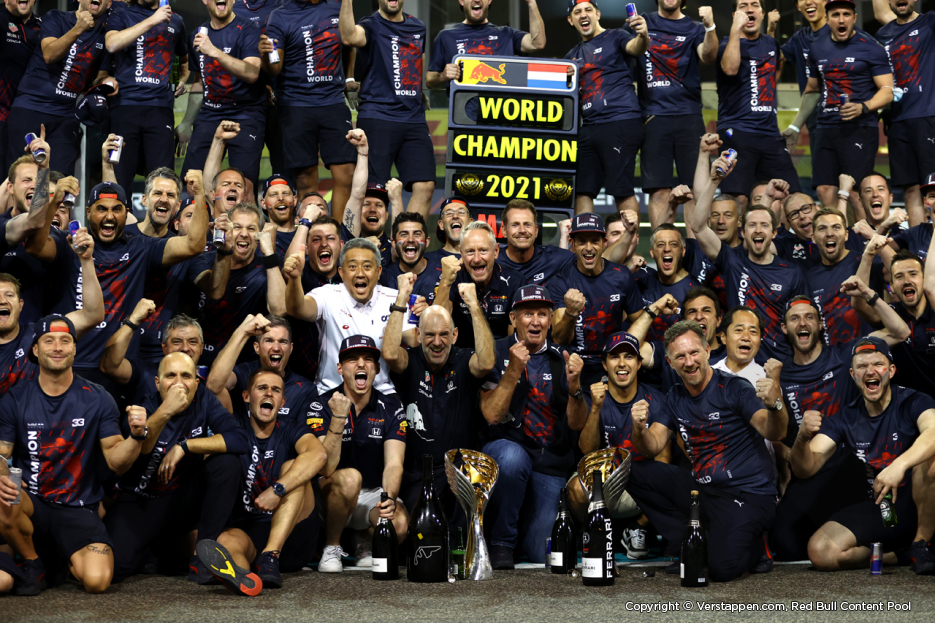 Have you seen the reaction back home in the Netherlands? ‘I have seen a few reactions but I still need to go through my phone. I mean I literally didn’t have any time to look at anything, so I’ll do that the next couple of days.’

How are you going to spend this off season? ‘I will definitely be taking a bit of a break and relax as well. It’s been so busy and flat out throughout the whole year I really feel like I need a break from all of it.

And what’s next for Max Verstappen? Max: ‘A few more years in Formula 1. Like I said yesterday already, anything now that happens is just a bonus after winning the championship because that was my final goal.