Max tests 18-inch tyres in Abu Dhabi: 'Good to be back behind the wheel'

Published on 15 December 2021 by Mike Motilall 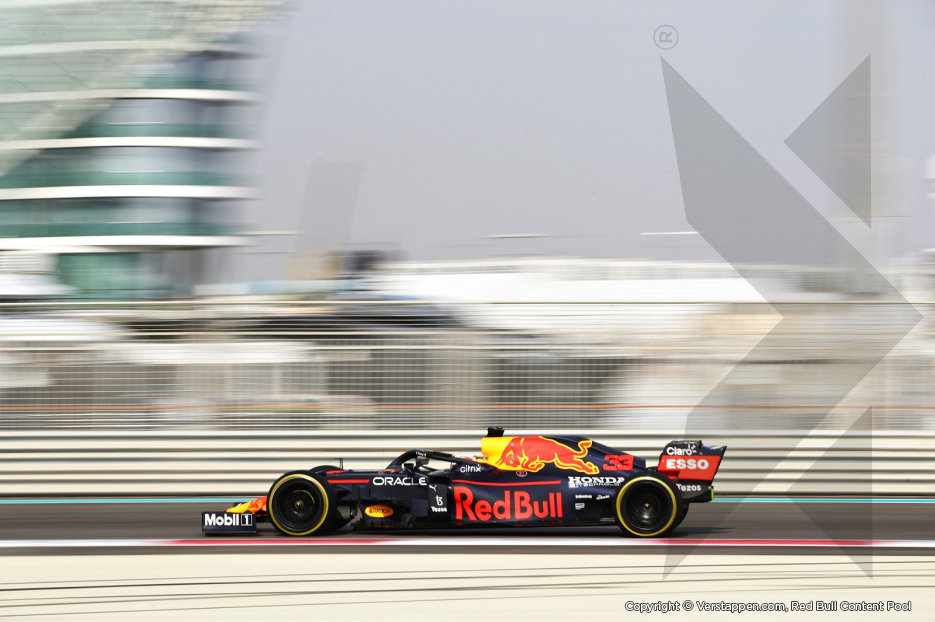 Today Max Verstappen, the newly crowned F1-world champion, put the pedal to the metal in a Formula 1-car for the last time this year. During a test on the Yas Marina Circuit, the Dutchman put the modified Red Bull Racing-car though its paces on the new 18-inch tyres. Fellow countryman Nyck de Vries topped the board today in his Mercedes.

After the test Max shared the following: ‘It was good to get back behind the wheel and get a sense of how the new tyres feel. All went according to plan and there were no big surprises regarding the tyres, which is always a positive thing. Everything changes next year and the cars will be heavily modified so it’s always good to gather some information in advance. It was a good day at the end of a long but very nice season. Now I am looking forward to being away from the track for some time.’

Traditionally on Tuesday and Wednesday after the final Grand Prix of the season, the Young Drivers Test takes place in Abu Dhabi. Each and every team is required to have at least one rookie test in their car. Max wore Golden race shoes today due to winning the championship and took it easy with regard to the lap times. Today was more to do about testing the new 18-inch tyres, which will be mandatory next year in Formula 1. To be able to run on the bigger wheels the different teams had modified their cars. Verstappen lapped the Yas Marina Circuit track no less than 124 times and noted the 17th fastest time. Fellow countryman Nyck de Vries, the reigning champion in Formula E for Mercedes and test driver for Mercedes’ Formula 1-team, topped the board with a 1:23.191. With that he was well over a second faster than Liam Lawson. The Red Bull-junior, vice-champion in DTM and also finishing ninth in the standings in Formula 2, made his début in a Formula 1-car at AlphaTauri today. Williams-junior Logan Sargeant was also the new kid on the block in Formula 1 today. The brawny Formula 2-champion Oscar Piastri clocked the third fastest time in his Alpine.

Patricio O’Ward, IndyCar-race winner for McLaren was gifted a Formula 1-test day by his employer and clocked the fourth fastest time. Valtteri Bottas stepped into his Alfa Romeo for the first time today. His team mate next year, the Chinese rookie Guanyu Zhou, was also present and took the flag in fifth. George Russell, Lewis Hamilton’s team mate next year at Mercedes, was allowed to test today for his new employer.

Formula 2-driver Juri Vips will be running in the Red Bull Racing RB16B on both days of testing while Sergio Perez takes over from Verstappen tomorrow.