Max after warm welcome in Milton Keynes: 'A few tears are normal to me'

Published on 16 December 2021 by Mike Motilall 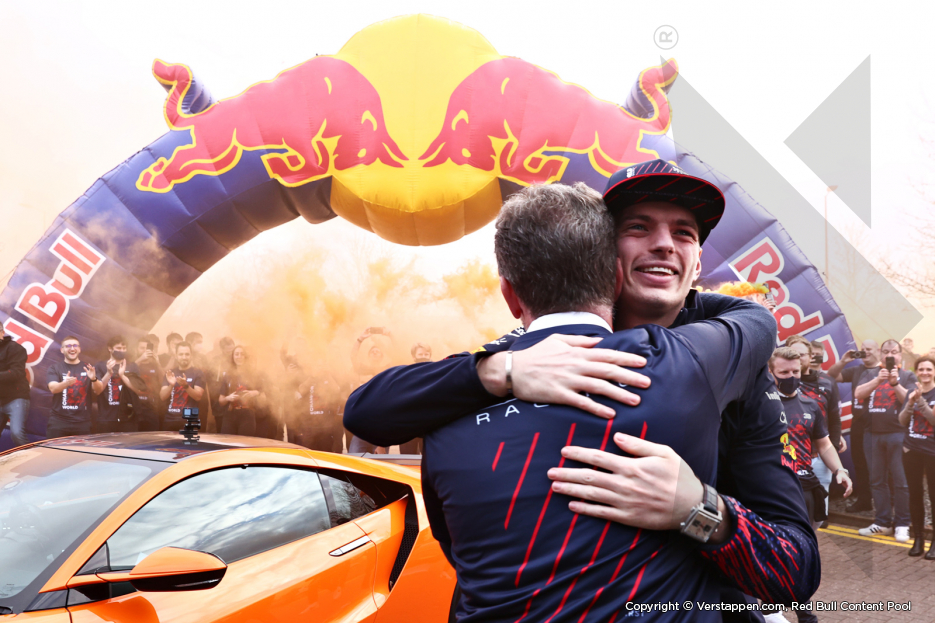 ‘It was amazing to arrive at the Red Bull Racing Honda factory of course, with everyone being there outside, even in the cold, waiting there for me. It’s an amazing feeling coming back here in Milton Keynes as a world champion’, says Max, after having driven past a guard of honor, in a bright orange Honda NSX, which consisted of the staff of Red Bull Racing.

‘It’s slowly kicking in and it’s a great feeling’, Max continues, as the orange smoke blows away. ‘This was a full team effort in winning the drivers’ championship, it’s amazing. I couldn’t have done it without all of these people back at the factory. It’s amazing to be a part of this team. Shortly after the finish, when I was emotional, I already said that I hope to stay here for the next ten, fifteen years. There is no reason to leave. I have such a good relationship with everyone. This is really where I want to be, for a long time.’

Also his team mate Sergio Perez gets full credit from Max: ‘During the race I already said that Checo is a legend. What he did for me in the final race to cut the gap again and defend like he did, was incredible. Without him I wouldn’t have been a world champion. I owe him a lot.’

The always cool Max Verstappen was overwhelmed by emotions on Sunday in Abu Dhabi. He says: ‘There was a lot of relief and the emotions came out in the in-lap and when I jumped out of the car. That’s what you normally don’t see from my side. But when you win a world championship, which was my ultimate goal, a few tears I think are quite normal. 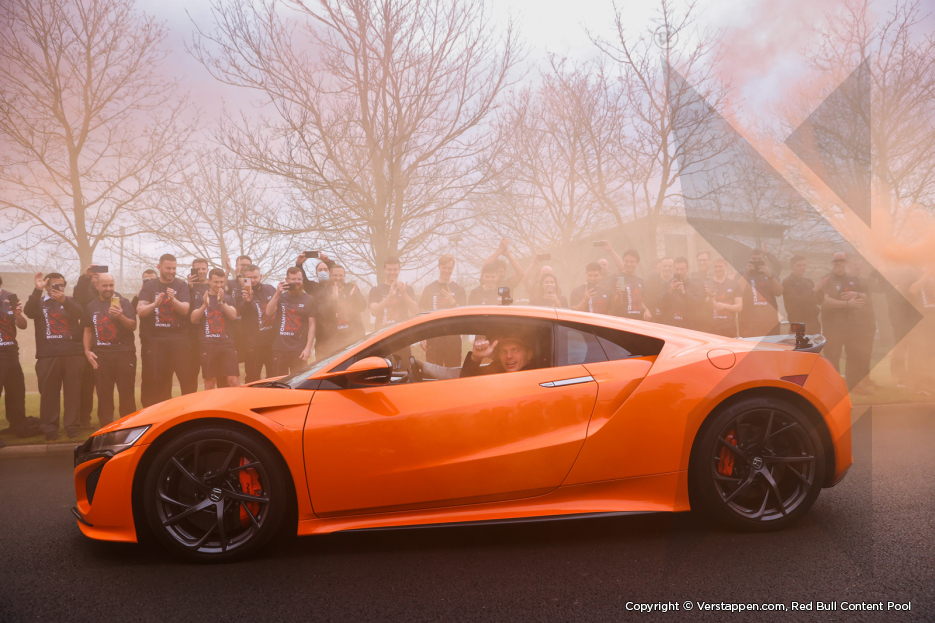 Still Max remains quite down to earth: ‘At the end of the day it doesn’t change my life. I am still the same person, with the same friends, I still live in the same apartment. My goal in life has been achieved, but in terms of how I spend my life and how I am living my life, it has remained the same.’

Max has a wise lesson for the youth: ‘Everything is possible. Never give up and keep believing in it, even when it looks almost impossible. That is what I did throughout the season and especially throughout that final race. That should also be from when you are a little kid. That’s how you should approach it. You will face tough times but you always have to believe in yourself that you can do it.’

What does the world title mean for everyone around you? Max: ‘It means a lot for everyone in my family and friends. Especially the friends I grew up with and spent a lot of time with since I was a little kid. They knew this was my dream. So luckily a lot of my family members and friends were there during the weekend, so that made it extra special. This has been a journey for myself, but also for my whole family. To achieve this was also of course thanks to them.’