Published on 17 December 2021 by Kees-Jan Koster 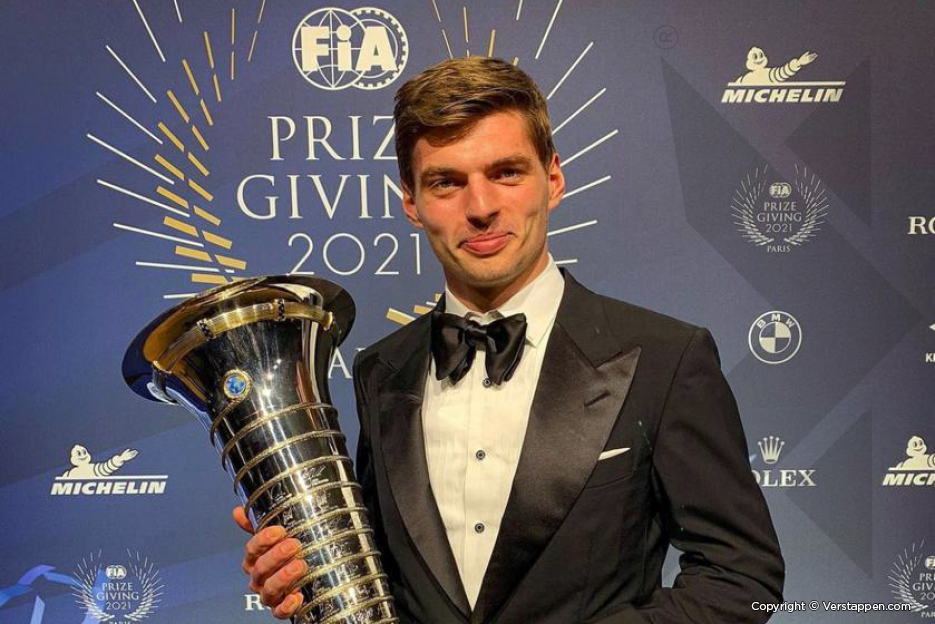 During the FIA Prize Giving Ceremony on Thursday evening, Max Verstappen received the trophy for his FIA Formula 1 World Championship title, which he secured last Sunday in the final lap of the Abu Dhabi Grand Prix.

“It is my life goal achieved. So it sounds pretty decent”, starts Max. “Everything that happens next is just a bonus. I will keep pushing and will be in Formula 1 for a couple more years. This has been an incredible though season. Looking back, also with my father when go-carting, everything comes back. We travelled all the way over Europe with one goal: get into Formula 1. And then be successful, win races and fight for that title. I was very lucky to have good friends and family with me in Abu Dhabi. If they would have told me beforehand what would happen, I probably would have had a heart attack. Insane.”

In Carrousel du Louvre in Paris all the champions from the FIA championships were honoured. After the press conference, followed by a dinner, all the trophies were awarded. 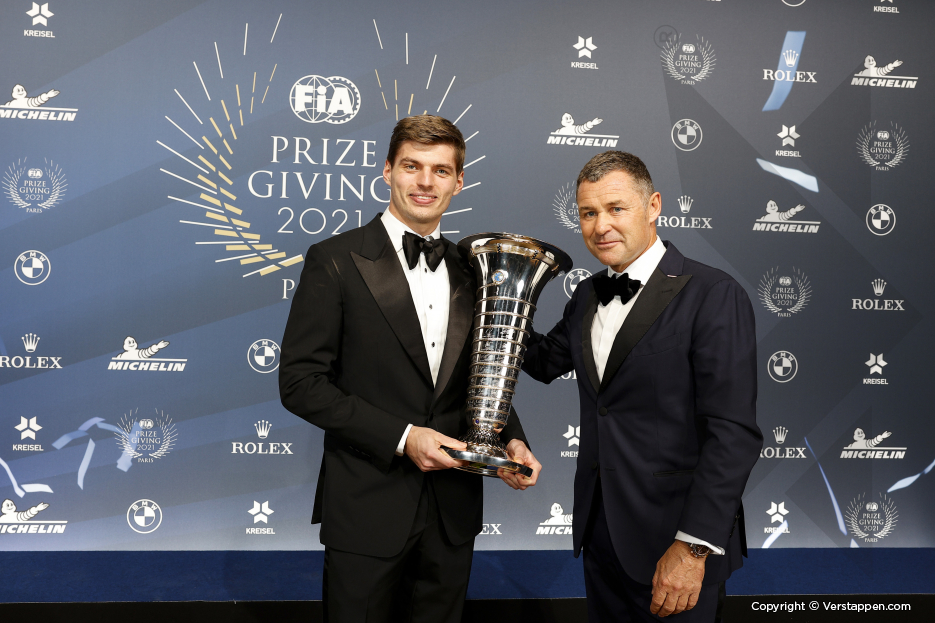 Max continues: “When I came over the line, all the emotions came out. I did not know what to say. I was just screaming. I never heard so many people screaming into my earpieces. It meant so much for everyone, after so many years of domination by Mercedes when nobody had a chance, to finally have a fight. I think everyone wanted that. Especially me. To win a championship is insane, after an incredible season. I really loved it. It has been an incredible battle with Lewis, one of the greatest drivers ever in Formula 1. We pushed each other to the limit and sometimes over the limit, but that is also part of racing. We really respect each other, and I think that is very important. Also after the race, how painful it may be, we looked each other in the eyes and respected each other there. I cannot wait for next year, to come back and to try and fight again.”

“The biggest influence in my career, especially in the beginning, was my dad. With his experience being a Formula 1 driver, he prepared me very well for everything. Nothing that came at me was a shock or a surprise. That has helped me a lot and that I will never forget.” To conclude Max says: “Hopefully I can stay with Red Bull Racing for ten or fifteen more years.”