The stats that sum up Max' championship winning year

Published on 30 December 2021 by Stefan Meens 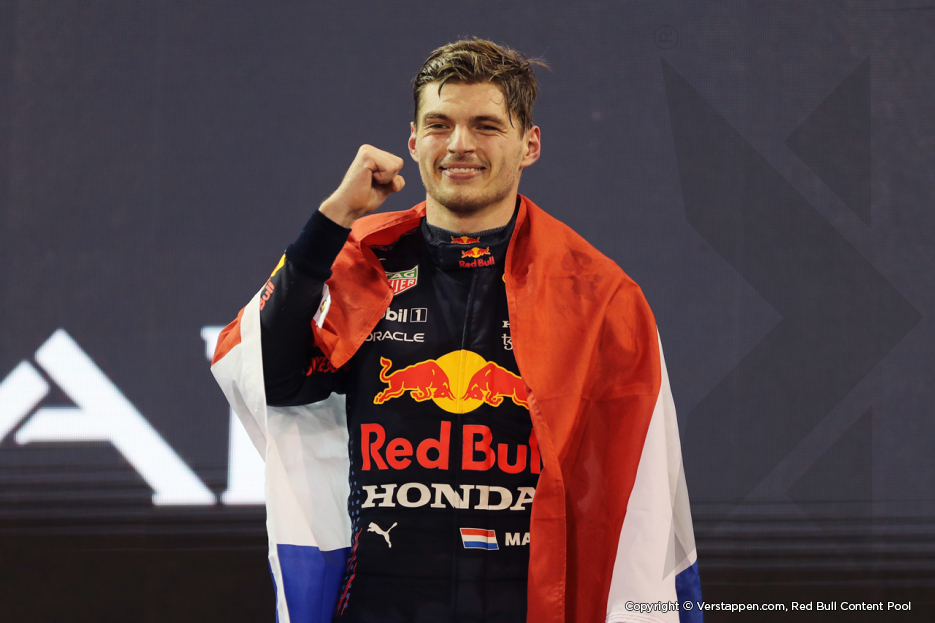 In 2021, Max Verstappen clinched his first Formula 1 world title in a campaign which was also his most successful to date. Below an overview of the most remarkable stats.

Max’ title deciding pass on the last lap of the Abu Dhabi Grand Prix was the first time in the history of the sport that the championship was decided on the final lap in a direct fight between the two title protagonists.

His win made Max the 34th F1 world champion and – behind Sebastian Vettel, Lewis Hamilton and Fernando Alonso – he is the youngest driver to take the title. All four have clinched their (first) crown before turning 25.

It took Max 141 Grands Prix to become champion; only three other drivers contested more races before claiming their first title.

As a result of Max’ fine campaign, the Netherlands is the fifteenth country to produce a Formula 1 champion. Also, it is the first time in thirty years that a Honda-powered car won the title. Max succeeds Ayrton Senna, who won his third championship driving the McLaren-Honda in 1991. 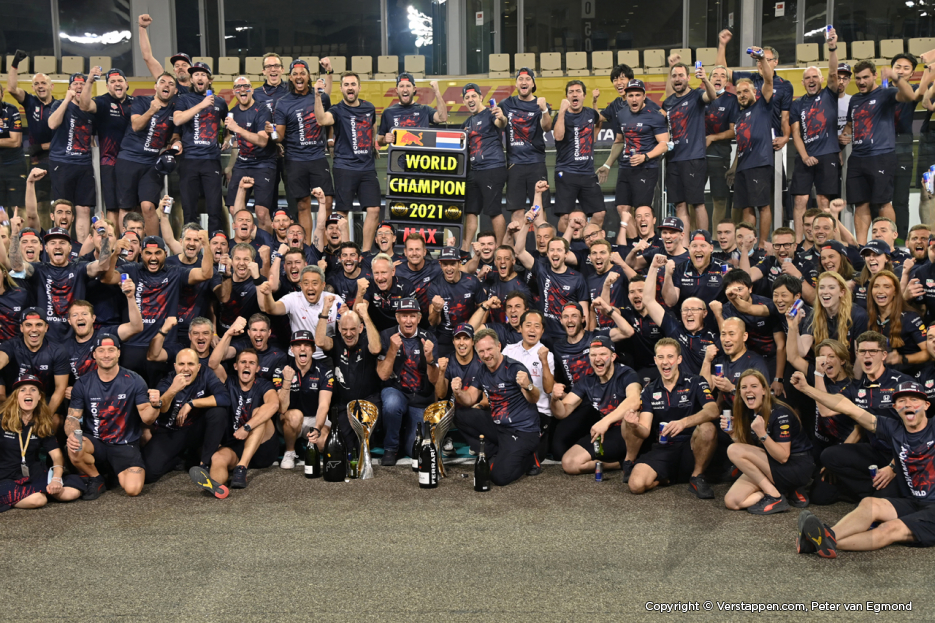 For Red Bull Racing, the end of the title draught came after eight years since Sebastian Vettel took his fourth title in 2013. Sadly, the team was not able to clinch the constructors title, meaning it is the first time since 2008 that the driver’s crown was won by a driver who is not part of the constructors title winning outfit.

Nevertheless, the whole of Red Bull Racing contributed to team’s stellar year, not in the least the mechanics who, for the fourth year in a row, won the DHL Fastest Pit Stop Award (1.88s at the Hungarian Grand Prix),

In 2021, Max scored ten victories, adding to the ten he gathered his F1 career thus far. Only three drivers have won ten or more races in a season: Lewis Hamilton, Michael Schumacher and Sebastian Vettel.

Max also became the first driver to win two races at the same venue in one year, following his back-to-back wins at the Red Bull Ring at the Styrian and Austrian Grands Prix. In the latter, he took his first Grand Slam of his career by taking pole position, fastest lap and leading from start to finish.

Due to the heavy rain during the Belgian Grand Prix, Max also become the winner of the shortest ‘race’ in F1 history. Officially, only one lap was completed with the race duration clocked at 3m27s. It also meant Max scored half points for the first time in his career, taking home 12,5 points.

Besides his ten Grands Prix wins, Max won the first inaugural sprint (Silverstone). Together with two second places in Monza and Interlagos, both Valtteri Bottas and Max scored the most points during the three 2021 sprints (seven points each). 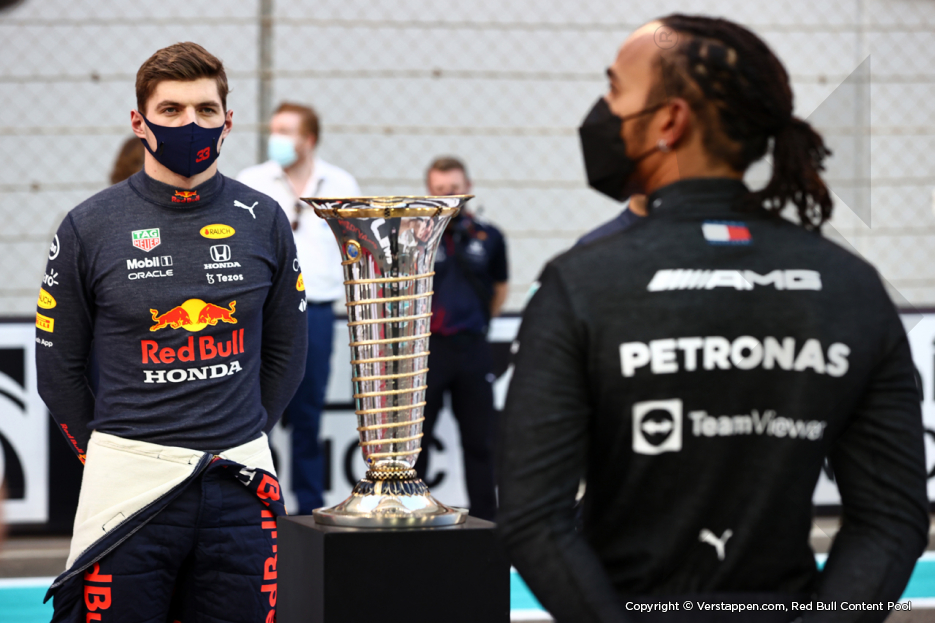 With 18 podium finishes, Max set a new record for the number of podiums during a season. In addition, whenever he ended on the rostrum, he did so in first or second place. Percentage wise, only Michael Schumacher did a better job, with the German legend finishing all 17 Grands Prix of the 2002 season on the podium.

His eight podiums in a row during the final eight races of the year, meant a personal record for Max during a year in which he had a strong opponent in Lewis Hamilton. The two title contenders finished 1-2 a record fourteen times during one season, ultimately leading to both drivers entering the final round in Abu Dhabi equal on points. A similar situation in which the two title contesting drivers arrived at the last race of the year with equal points occurred in 1974, when Emerson Fittipaldi and Clay Regazzoni battled for the crown, with the former ultimately winning the title.

Similar to 2020, Max ended on the podium in every race he finished, bar one. Last year, he finished sixth in Turkey, this year he managed ninth in Hungary after battling hard to gain two points in a battered car.

Max enjoyed a strong year in terms of qualifying, clinching ten poles, more than any other driver. His career total sits at thirteen.

Max set the fastest lap six times throughout the season, put was only awarded points on five occasions as his tyre blow-out in Azerbaijan meant he did not finish that race.

Last, but certainly not least, a stat that highlights Max’ competitive campaign: the Dutchman led 652 laps this season, more than all other drivers combined (645). It resulted in his first title and 2022 becoming the first year since 2014 that will feature the number 1 back on the grid; Sebastian Vettel was the last reigning champion to sport the number.