Published on 30 December 2021 by Mike Motilall 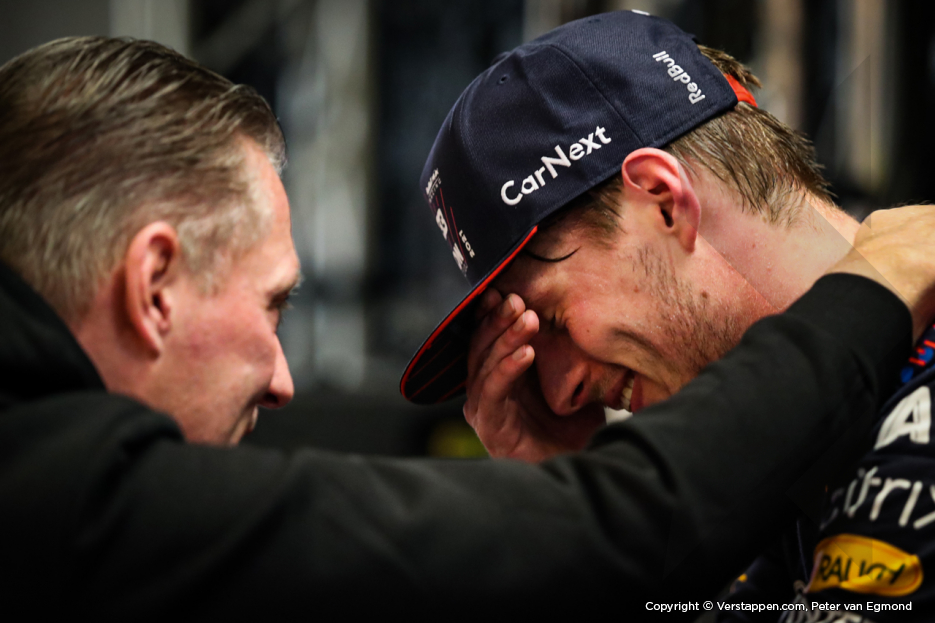 Almost three weeks ago in Abu Dhabi, Max Verstappen, driving for Red Bull Racing Honda, became Formula 1 world champion. The Dutchman came out on top after a thrilling championship that was even nail biting till the very last lap. He outdid seven-time world champion Lewis Hamilton and became the first ever Dutch Formula 1-world champion. At the beginning of this success was father Jos Verstappen. Being hard as nails and effective to the bone, he delivered his son, ready and willing, in Formula 1. And with that, the world championship of Max also became a bit of Jos’ world championship. Verstappen.com looks back: today part 1.

Even though for Max it was a few decades later, Jos’ motorsport career started just the same at the beginning of the 90’s: like a comet, to say the least. After winning the German Formula 3-championship and the Marlboro Masters of Formula 3 in Zandvoort in 1993, the doors to Formula 1 quickly opened. This resulted in a test at Estoril in a Footwork Mugen Honda later that year. 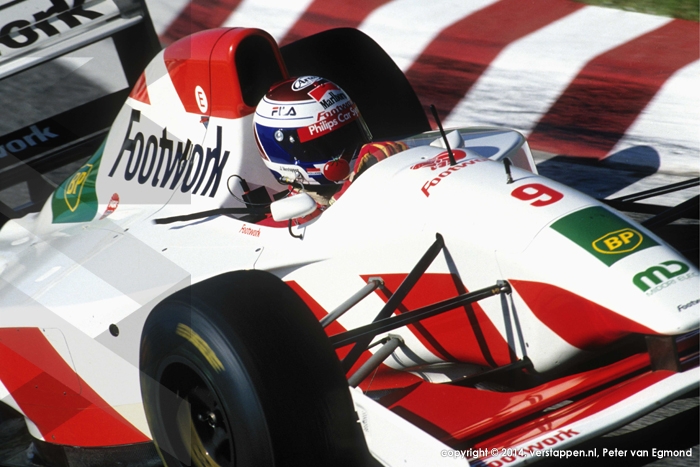 During the two-day lasting test in Portugal, the Dutchman immediately clocked impressive lap times with which he would have qualified tenth fastest at the Portugal Grand Prix. This had been held a few days earlier. The top teams were lining up for the signature of this young Dutchman. Ultimately he put that on a Benetton contract. Jos would be able to mature as a test driver in 1994, after which he would be promoted to a race seat in 1995.

Nothing is for sure in motorsports, let alone in Formula 1. This became all too apparent when J.J. Lehto crashed and broke a vertebra. Jos was subsequently thrown to lions in Brazil at the opening race in 1994, one year earlier than was initially planned. That first Grand Prix where he started in ninth finished, with no fault of his own, prematurely after a spectacular crash of which the images were broadcasted all around the world.

Later that year, Jos really became world news: during a failed pit stop in Hockenheim, fuel leaked onto his Benetton and in no time the Dutchman disappeared in a sea of flames. Miraculously he only suffered minor burn injuries. After this horror fire, he promptly took the podium twice in the following two races. 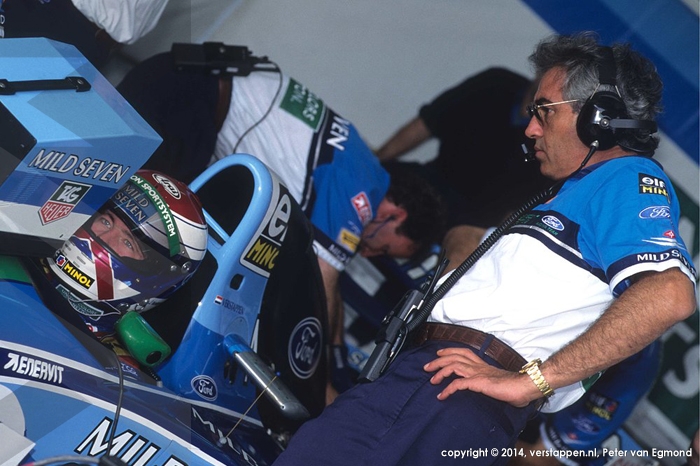 Whatever the reason was, the Benetton team opted in 1995 to refrain from using Verstappen’s services anymore.  Up until the rest of his F1-career, which lasted till 2003, Jos drove for the following teams: Simtek, Arrows, Tyrrell, Stewart, once more Arrows and Minardi. Teams that did not belong to world’s best, to say the least. The times that Jos was able to show his prowess and speed was very limited at these teams. In the meantime Jos and his wife Sophie had become parents to their son Max and daughter Victoria.

In his free time Jos started investing a lot of time in the budding career of young Max, who had the innate talent to drive a go-kart very quickly around a circuit. The experience gained by Jos in Formula 1 becomes very useful to shape the diamond in the rough over the years and to prepare him for a career in motorsports with the ultimate goal of getting him in Formula 1. 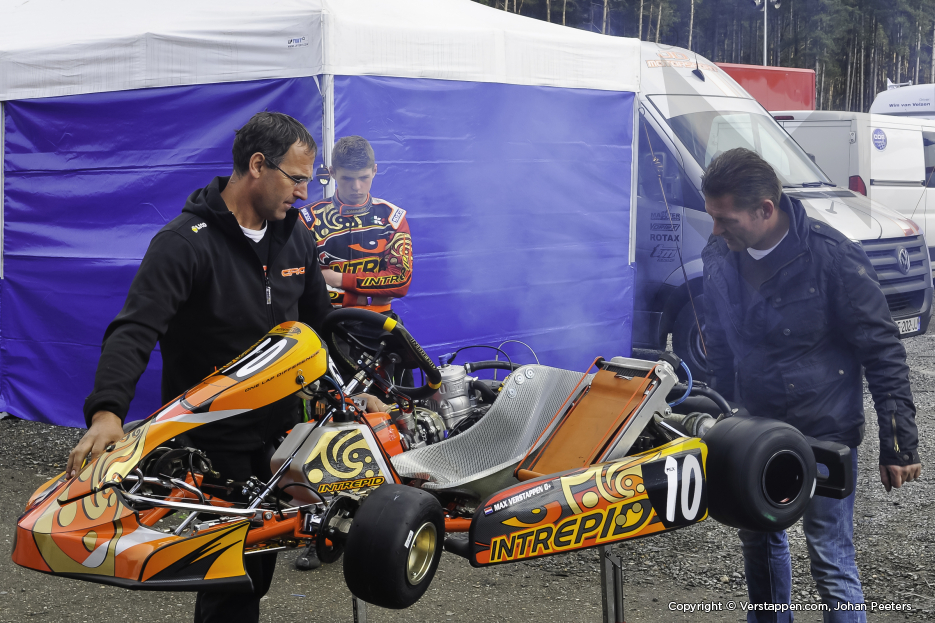 Jos was able to teach Max the finesse of the trade and all that was necessary to become successful and also protect him from the pitfalls he himself had fallen prey to. This approach resulted in 2013 in two European championships and the world championship go-karting in a year that seemed a just fifteen year-old Max had no equal.

In august of that year, Max gets in a race car for the first time to do a test. In Great-Britain the Dutchman takes a Formula Renault 2.0 for a spin on Pembrey, a circuit located in Wales and having the reputation of being an excellent test track as well. During the two-day private test with MP Motorsport, Max leaves an indelible impression on the select group of attendees. “It’s out of this world what Max has shown there”, says Verstappen sr. after the first laps. “And I am not saying that because he is my son. After half an hour, while everybody was saying to take it easy for a bit, he stepped on the gas. It’s already looking very great!”

After the test in Pembrey, more tests follow in October and November in a Formula Renault 2.0 at Alcarras, Barcelona, Hungaroring, Hockenheim and Spa. 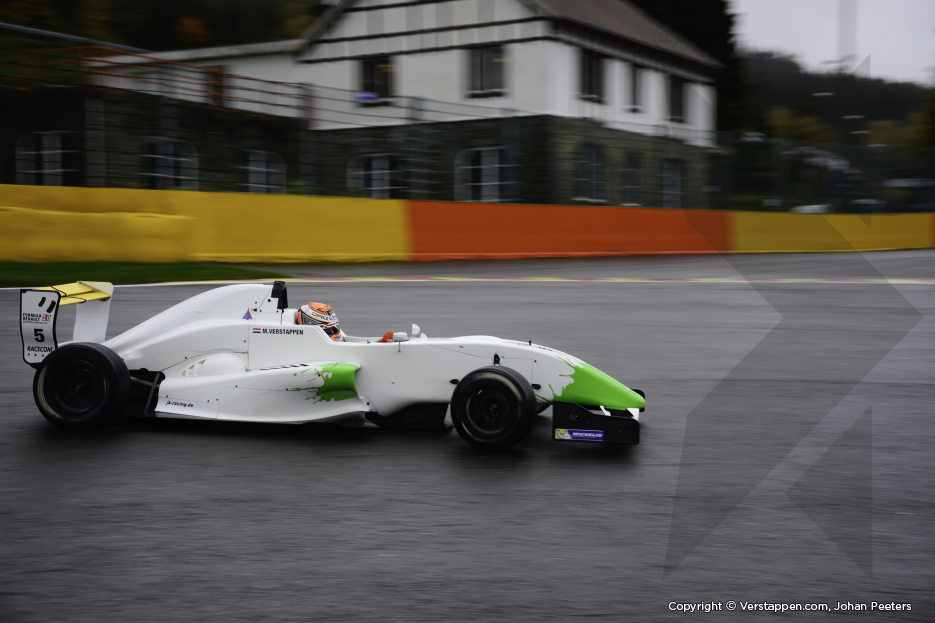 In December one more test follows in Valencia in a Formula 3-car. Everyone, witnessing the lap times, was in disbelief as Verstappen jr. was topping the leader board from the word go. Moreover, Max was able to keep that up until the end of the day, when we went even faster than the track record. “Brilliant”, is how father Jos described the event afterwards.