Published on 25 February 2022 by Kees-Jan Koster 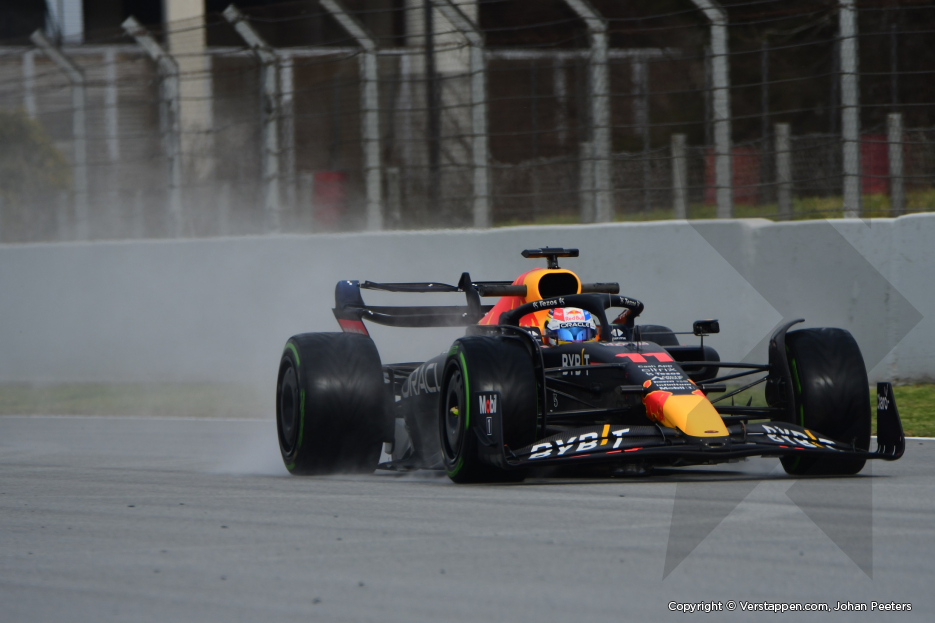 Oracle Red Bull Racing finished the final day of the preseason test in Barcelona in third and fourth position. After Max Verstappen finished the morning session in second position behind the Mercedes of George Russell, the fastest times were only improved in the final phase of the afternoon. Lewis Hamilton drove his Mercedes just before the end of the session to the fastest time. Russell’s time was in the end good for P2. Sergio Perez drove the RB18 into P3, with Max’ fastest time in the morning good for P4. And that ends the introduction to the new cars on the Circuit de Barcelona-Catalunya in Spain for the F1 2022 season. 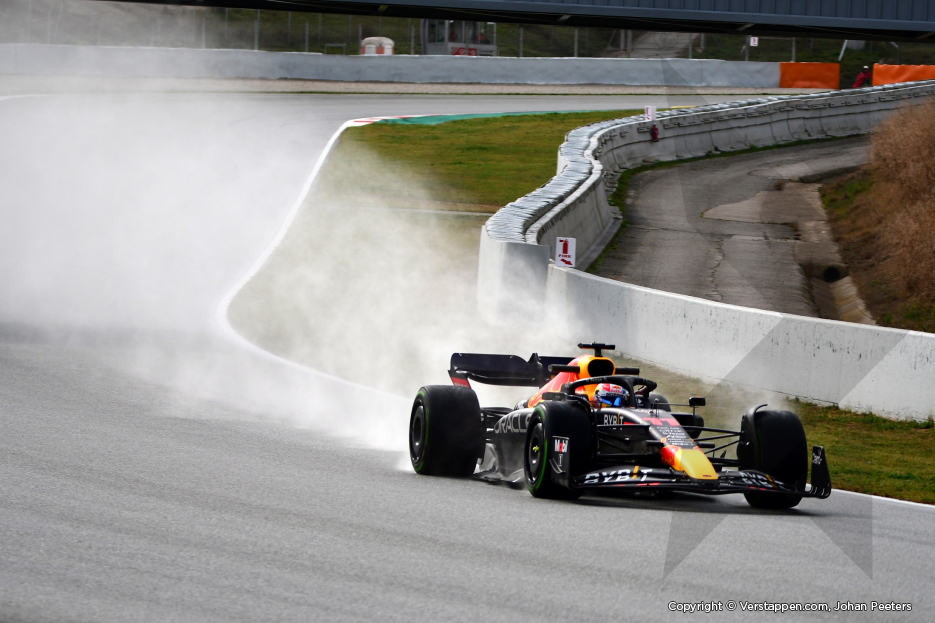 The afternoon session starts on a wet track. During the lunch break tanker trucks have sprayed the track to test the wet and intermediate tyres after lunch. Daniel Ricciardo and Alexander Albon are the first to drive a McLaren and Williams on the wet track. Not much later they are joined by the Mercedes of Lewis Hamilton, the Ferrari of Carlos Sainz and the Red Bull of Sergio Perez who is driving the RB18 in the afternoon. Also Valtteri Bottas comes out to drive his Alfa Romeo on intermediate tyres.

The troubled team of Haas is not able to fix an oil leak in time, so Mick Schumacher did not come out on track. Aston Martin are having a similar issue with an oil leak and are not able to drive again. With that there was a total of three teams finishing early, as earlier today Fernando Alonso had issues with his Alpine which could not be resolved quickly. 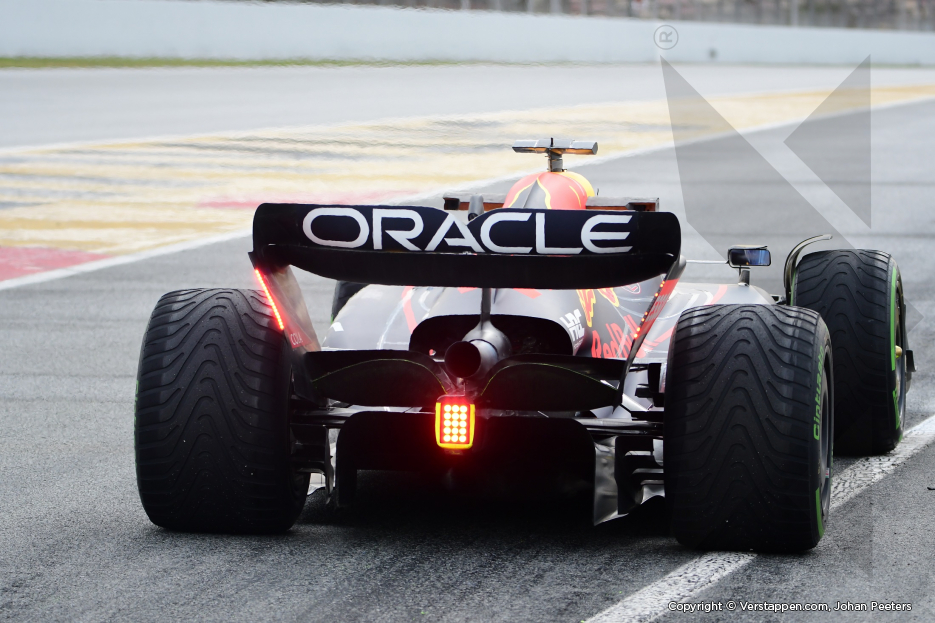 In the final phase it was clear that we would not see AlphaTauri again. Because Pierre Gasly crashed earlyer today, Yuki Tsunoda paid the price. The Japanese driver is not able to drive again today. That means that there were four teams who did not make it to the end of the day.